ATHOL WILLIAMS: No amends from Bain, yet Business Leadership SA has let it slink back into its fold

Despite its outrageous role in destabilising key institutions, the company is getting a free pass 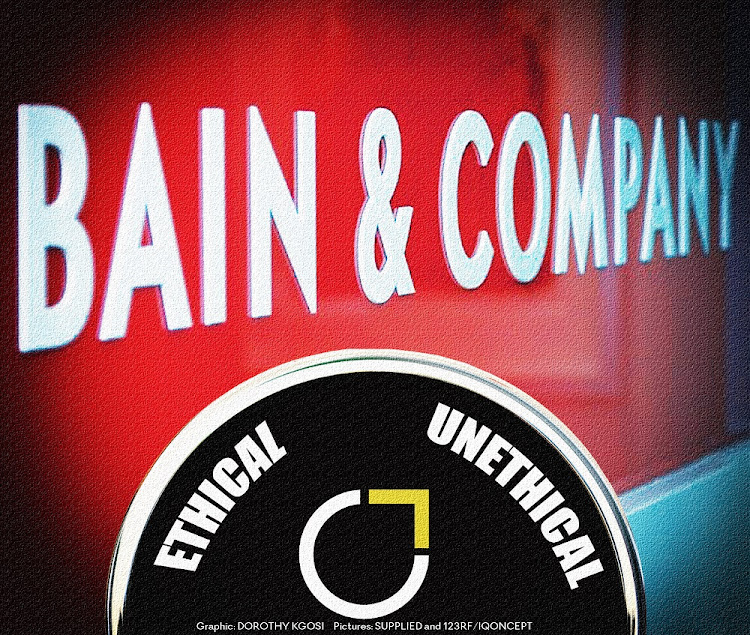 Business Leadership SA (BLSA) was heroically vocal when suspending management consultancy Bain & Co in 2018 over its involvement in “yet another state capture project under the pretext of restructuring”. Yet BLSA has now lifted Bain’s suspension without a peep, allowing it to slink back to legitimacy, under the radar, to continue where it left off. (“Bain back in the fold at club of heavyweight companies”, September 15).

I support the approach of readmitting companies, but only after they have made amends for the harms caused. So I was keen to understand BLSA’s process and criteria for readmitting a company that met numerous times with Jacob Zuma after hours, at his residences, to plan the “restructuring” not only of the SA Revenue Service (Sars) but many other public institutions too.

When BLSA suspended Bain in 2018 it stated that Bain had aided the collapse of a “well-oiled, perfectly functioning” entity in Sars. It said the restructuring of Sars included worrisome changes such as the “deliberate shutdown of highly specialised, effective and efficient units”. According to BLSA, this created space for illegal activities that directly contributed to a rapidly declining tax morality in SA. The organisation stated that Bain’s actions “will continue to have long-term devastating effects, not only on Sars but the country as a whole”.

Given the profound damage Bain had enabled in our society you would expect that BLSA would enforce a rigorous review process and expect fulfilment of demanding criteria before it would readmit Bain as a member. Yet this does not seem to have been the case.

On its website BLSA declares the process it will follow in dealing with members who are “implicated in any form of unethical practice”. Presumably state capture and Bain fall into this category. When a member is implicated, BLSA says it will “not pass judgment” until it has access to the outcome of a “proper and fair hearing, based on facts and impartiality”.

So now that BLSA has indeed passed judgement on Bain by lifting its suspension, we can reasonably expect that the organisation has had access to the outcomes of “proper and fair hearings”. Yet BLSA is silent on this matter. It can’t be referring to the Zondo commission’s findings, because those are yet to be released. It can’t be the findings of the US justice department’s investigation into Bain, because as I understand it that is still on. So if not by following its own declared process, how did the BLSA board decide to assess the company it claimed “created space for illegal activities that directly contributed to a rapidly declining tax morality”?

The answer can be found in the Business Day article referred to earlier. In it BLSA said it “held various discussions with listed companies, multinationals based in SA and Bain itself”. BLSA relied on “Bain itself” for assurance that it has made sufficient amends. BLSA made no mention of consulting the organisation whose near-collapse Bain aided, or civil society organisations, so how did it determine that Bain has in fact made sufficient amends?

If the process for endorsing Bain is curious, the criteria for making the decision is even more so. BLSA’s statement in 2018 urged Bain to “fully disclose its involvement in the Sars matters to law authorities” and “co-operate fully with the authorities”, so you would expect that this would be a requirement for readmission. But perhaps BLSA has its own definition of full disclosure and co-operation, since the Nugent commission certainly concluded that Bain had done neither.

BLSA seems swayed by the claim that “an independent investigation by law firm Baker McKenzie” was conducted. Does BLSA consider an investigation to be independent when conducted by a law firm that was also Bain’s legal adviser during the investigation? Did BLSA get access to the findings, which were withheld from the SA authorities and public?

In the article BLSA then said, “We demanded that all the officials that have been involved in the state capture project [at Bain] be decisively dealt with”. In my affidavit to the Zondo commission I named the long list of Bain officials involved, and as far as I know not a single one of them has been “decisively dealt with”. Not a single person at Bain was fired, not even former SA managing partner Vittorio Massone. It took three months of negotiations before he left Bain. Hardly decisive action. Who are the other officials in Europe and the US that orchestrated or covered up Bain’s damage to our society, who BLSA has determined were “decisively dealt with”?

None of BLSA’s own stated criteria appear to have been met. The organisation seems to have been swayed by token changes to Bain’s internal operations and its repayment of R200m in fees, when Bain is likely to have earned 10 times this amount from public institutions during the Zuma era and enabled damage to our society that runs into tens of billions of rand.

At a time when SA faces an ethical crisis, business looks to BLSA for ethical leadership, but rather than “root out, crush and punish” corruption, which BLSA claims is its goal, it seems that the 12 business leaders who make up the board have ignored their own stated ethics processes and criteria.

Endorsing a company that has been party to such widespread devastation, has consistently thumbed its nose at SA’s pursuit of the truth, and refused to make meaningful amends, is a profound tragedy for our country and our pursuit of justice. This is exactly how injustice endures and how the corrupt are emboldened.

• Williams is CEO of the Institute of Social & Corporate Ethics. He testified before the Zondo commission in March on Bain’s role in state capture.

Whistle-blowers in SA are expected to put their lives and careers on the line with no guarantee of support in return. It’s time to change the system
Features
1 year ago

Bain back in the fold at club of heavyweight companies

JUSTICE MALALA: How to tame the corruption monster