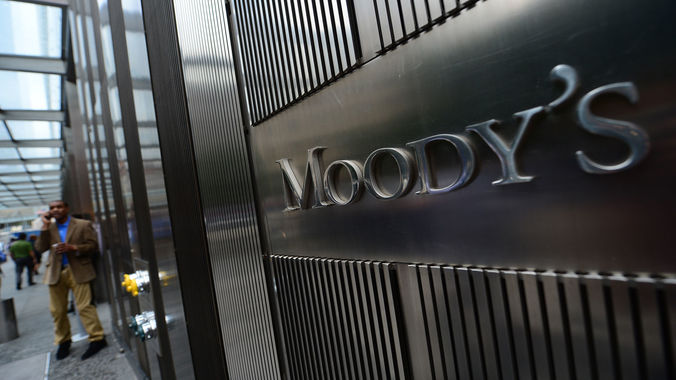 SA has eight large metropolitan municipalities, half of which — Cape Town, Tshwane, Johannesburg and Nelson Mandela Bay — were downgraded by Moody’s Investors Service during the past month. The downgrades have also affected Ekurhuleni in Gauteng and the smaller uMhlathuze municipality in KwaZulu-Natal.

The downgrades mean higher borrowing costs and Moody’s expects this will result in higher municipal rates. In the metros, the downgrades reflect a cash-flow crunch arising from the Covid pandemic and associated weak economic growth, but there is also the matter of escalating costs that must be addressed.

Tshwane was downgraded by four notches — from B1 to Caa2 — which the rating company said “reflects the sharp deterioration in the city’s liquidity, pointing to a significant risk of default on its financial obligations”. Tshwane may now need to incur further large debts with its suppliers such as Eskom and Rand Water. None of this is good for the financial health and sustainability of the city or the country.

Tshwane’s huge costs include significant salary increases. The then DA-led Tshwane Council increased staff costs by 55% — from R6.9bn to more than R10.5bn — between 2016 and 2020. Civic action organisations such as Outa have argued that some of these increases, which were agreed to by DA politicians rather than the city manager — who is the accounting officer — are unlawful. It wasn’t clear then where the extra money for salaries would come from.

Now, less than two years later, Tshwane finds itself in deep financial trouble and the recent penalties may not be the last. Moody’s warned that even the new lower rating is “under review for further downgrade”. This week the metros of Cape Town, Johannesburg and Nelson Mandela Bay joined Tshwane in the downgrade doldrums.

Like Tshwane, the Cape Town council has also sharply increased salaries. Immediately after mayor Patricia de Lille resigned in 2018, her replacement, Dan Plato, approved huge pay rises, including a 31% increase for politically appointed senior managers. After public pressure, the increase was cut back — still, it is more than 23% — with another 20% deferred to the following year. The additional R1.4bn in staff costs enabled some, such as the husband of the DA’s Western Cape chief whip, to earn more than President Cyril Ramaphosa.

Tshwane, Cape Town, Johannesburg and Nelson Mandela Bay have something else in common too — ballooning irregular expenditure. Of the R32bn in irregular expenditure in local government reported by the auditor-general in 2019, Nelson Mandela Bay (R4.2bn), Tshwane (R2.9bn), Cape Town (R950m) and Johannesburg (R816m) accounted for more than 27% of the total.

Depressing as the downgrades and threats of further cuts are, Moody’s does offer some guidance for the public to identify warning signs and keep matters on an even keel. Since SA municipalities generate most of their income for operating expenses through rates and tariff charges, Moody’s warns that further deterioration in their debt levels, together with higher borrowing costs, could lead to further multi-notch downgrades.

Moody’s also warns that further downgrades are a risk for metros with high staff turnover or where the local government is unable to formulate or implement cohesive policy. However, “improvements in the capability to effectively formulate and implement policy may generally result in upward movement in ratings”, it says.

As we approach local government elections the SA public can use its voice to rein in these huge salary increases. Reducing unnecessary costs is essential to assist the increasing numbers of families struggling to make ends meet during the Covid-induced economic slowdown. The solution to the looming crisis, as Moody’s hints, is to improve policy and create more efficient, cost-effective local government structures.

Reducing costs and increasing service delivery is possible, and has been done before. De Lille reduced the cost of senior managers in Cape Town by 23% in 2016/17 and a further 5% in 2017/18 — all the while increasing the delivery of services. For example, housing delivery doubled in this period due to the increased efficiencies and reduced red tape at senior management level.

To improve the performance and investment grading of municipalities we need more of this style of leadership — making government more efficient so we can deliver more, sooner, with the same or less money.

• Rountree is national policy officer for the Good party.

Rating agency says city’s cash and short-term investment declined from R2.2bn in June 2020 to R1.1bn in February 2021
National
1 year ago