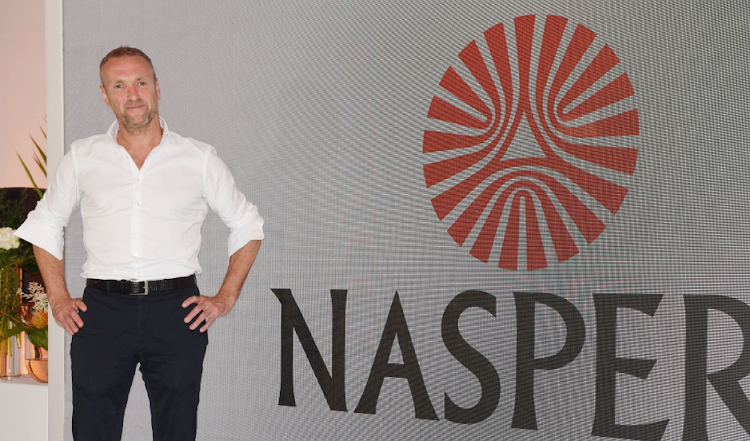 Overshadowing any operational result from Naspers and Prosus is the increasing concern around capital allocation and management incentives that have destroyed shareholder value for more than a decade. These concerns, along with the cross-shareholding and control structures, are the primary drivers of the Naspers and Prosus share price discounts.

In a stinging rebuke, the market has attributed a negative value of $85bn to the control structure and the entire management team at Naspers, a discount that has worsened over the past decade. Despite showering their executives with enormous sums of money and investing in a swathe of random high-growth internet businesses, the discount remains stubbornly high.

How does Naspers justify this poor performance when they own a piece of one of the largest and most valuable companies in the world? And what do they tell themselves are the reasons? Perhaps they need a few reminders.

There are ways to close the discount, but it’s clear that management isn't incentivised to pursue them.

That Naspers treats its shareholders poorly is well known. This is particularly true when it comes to discussions about the discount to NAV. There are many relevant examples against which to compare Naspers’s predicament, as well as its potential solution.

Kinnevik, a Swedish family-owned holding company, is one such example to emulate when it comes to understanding capital management and fair treatment of shareholders. Kinnevik first invested in fast-growing German e-commerce company Zalando in 2010 and successfully listed it in 2014. 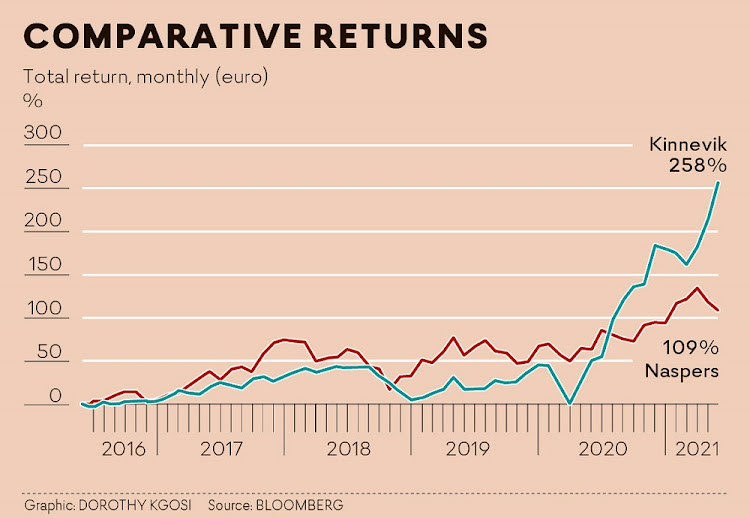 Kinnevik management had two options. It could continue to post gains on the performance of a listed company that shareholders could easily access themselves (Zalando) and make its management team indecently rich by rewarding them for that performance (sound familiar?). Or it could distribute Zalando shares to its shareholder base, allowing them to decide what they wanted to do with the shares.

Kinnevik chose the latter. By distributing Zalando, management could focus on faster-growing opportunities that their investors couldn’t access elsewhere while avoiding the fate of a holding company discount that has plagued Naspers.

The result? Kinnevik has trounced Naspers over five years, returning 258% for shareholders versus 109% for Naspers. Kinnevik even outperformed Tencent’s remarkable 229% return over that period.

Kinnevik chose not to make management rich at the expense of their shareholders. More importantly, they chose to stick with what they know — investing in growth companies — rather than being passive holders of a listed company to which it could add zero value. 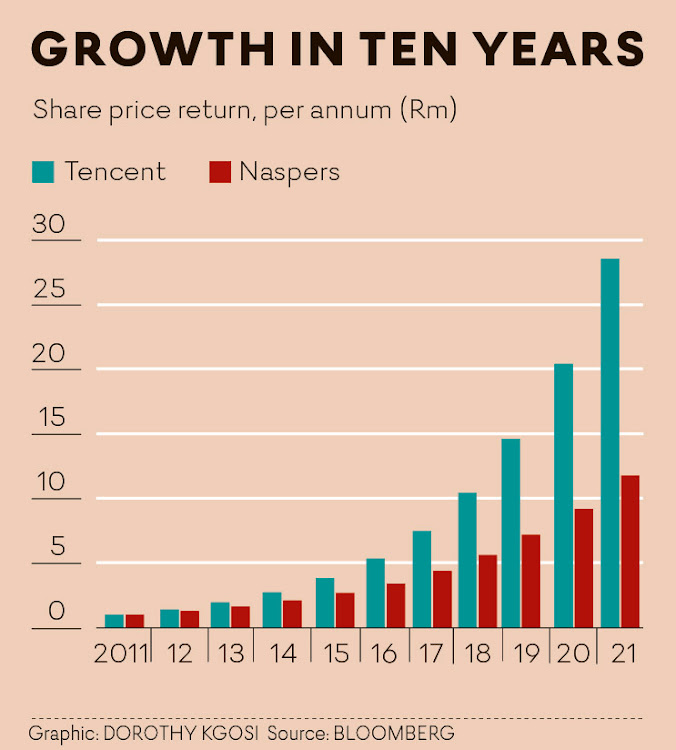 In contrast, Naspers claims they can’t distribute Tencent because of capital gains tax. This point is now moot: given the huge underperformance of Naspers versus Tencent over all time periods, a 20% tax on their disposal into a holding company listed on the JSE would have been value accretive for all shareholders at nearly any point in the past 15 years.

That knowledge must surely sting. But it doesn’t seem to have any effect on management. Why is this the case? Because Naspers operates as a different kind of investment (or venture capital) company. In a normal (or “real”) venture capital company, the managing investors enjoy “carried interest” on the funds they manage, as well as a payout if they manage to invest wisely. The payout comes through the exit, when the asset is listed or sold at the end of the investment period. The sale is proof of the success of the venture.

Naspers is one of the few listed businesses that seems to buck this trend, levying handsome rewards from all its loss-making operating companies before their success has been proven. Though the accounts are hellishly difficult to fathom, the total remuneration for Naspers management seems to sit north of $3bn, versus an “independent” value of its e-commerce portfolio of $39bn, from $16bn invested.

If the $39bn portfolio value is to be believed (in a time of sky-high asset prices), management will be set to earn $3bn from $23bn of “value creation”. This is 13% of the growth in “value”, while the share price reflects a discount to Tencent, meaning none of that “value creation” accrues to shareholders.

This is a hedge fund-like remuneration structure based on management’s “assessment” of value creation when the entire global stock market disagrees and believes there has been value destruction. The result? Management is the only one gaining, and shareholders bear all the losses.

Prosus and Naspers continually claim their increased complexity is due to their responsibility towards what the stock market index looks like.

The market index, what it looks like and how it is constructed should be none of Naspers’s or Prosus’s concern. In a recent interview with Daily Maverick, CEO Bob van Dijk said: “We have outperformed Swix for years, and so are 30% of the index. We will continue to outperform it, and if we sat back and did nothing we would become 50% of the index, and that would be irresponsible.”

While sharing his responsibility to the index, Van Dijk simultaneously says he wants the discount that Prosus and Naspers trade at to close (which would raise the share price and its size in the index). So, which is it?

In the same interview, he continued: “I have been called arrogant and tone deaf, but Basil [Sgourdos] and I have probably had 300 to 400 conversations with shareholders in recent weeks.” Here we can only point out that if you have had 300 conversations with investors and the discount remains, your mission has utterly failed. One wonders how Van Dijk thinks discounts close. Or perhaps his shareholders weren’t speaking in the right tone?

Naspers management competence in buying or building internet businesses is shaky at best.

Besides Tencent and one or two other minuscule wins such as Avito, Naspers hasn’t shown itself to be a good investor. And this is exactly what the share price — the market — is saying. It’s well known that Prosus’s main capital absorber (food delivery) has poor unit economics, and the risks (considering Uber’s latest regulatory mishaps) aren’t low. Its classified businesses are under heavy attack from Facebook and other well-funded competitors.

As an example, let’s look at one of their latest investments in more detail. Prosus’s current focus is filling its education (ed-tech) vertical, which is a nice way of saying it likes the theme and will pay up for any exposure to it. It recently acquired 100% of the online learning platform Stack Overflow for $1.8bn from the company’s founding venture-capital investors, who include Union Square Ventures, Index Ventures, Andreessen Horowitz, Bezos Expedition, Spark Capital, Silver Lake and GIC.

According to Pitchbook, Stack Overflow had its series D funding round (meaning its fourth funding round) in 2018, valuing the business at $459m. Its Series E round was done for $85m in July 2020 — a mere 11 months ago — at a suspected $800m valuation.

A Series E funding round typically means one of two things: either you are doing extremely well or your business is drowning and you need a lifesaver. A business that is doing really well typically raises much more than $85m.

Furthermore, the sellers of Stack Overflow are some of the best and brightest investment minds on the planet. What exactly does Prosus believe it sees that Andreessen Horowitz and Silver Lake didn’t see? Or, put differently, who do you think got the better side of this trade?

Naspers should be an environmental, social and governance (ESG) standard bearer among SA corporates. Instead, it is among the worst.

South Africans have been poorly served by the corporate sector in the past few years. Steinhoff, Tongaat, Ascendis, Sasol, EOH and a slew of other businesses have either misallocated capital or misled investors. Their share prices, and the value of South Africans’ hard-earned retirement capital, have been decimated. Each of these corporates demonstrated a clear lack of ethics, if not outright fraud.

Naspers seems hell-bent on destroying value. It ignores its shareholders, presses ahead with an archaic control structure and invests in a swath of random businesses in which it has has questionable expertise, all while its executives enjoy huge remuneration packages. In the meantime, shareholders pay the price.

Thirty-six of SA’s best asset managers — with the shameful exception of the largest three — took the unprecedented step of writing to the Naspers board about its poor track record and latest control structure machination. Naspers’s response is that it will be proceeding regardless.

Is there a way of measuring how much value has been destroyed? Yes. SA unit trusts have been able to invest directly offshore for many years and could easily have bought Tencent directly instead of Naspers. Those that believed the empty management promises to close the discount and remained invested in Naspers have paid a high price.

But it gets worse. This is not just a theoretical exercise. Even if you didn’t make the conscious decision to invest in either company, your retirement funds were probably heavily invested in Naspers. The entire retirement industry has borne this cost.

The point here is not that there are always better investments; the point is this outcome was completely avoidable if the right management and incentives were in place.

ProSus, founded in 1985, produces hams in Italy. The name is the colloquial term for prosciutto. Its namesake, a glorified management enrichment scheme listed in Amsterdam, seems to believe its shareholders are only worthy of far cheaper baloney than the more expensive prosciutto. And, unfortunately, many of the custodians of the retirement funds of hard-working South Africans seem to share that view.

• Hundersmarck is a fund manager at Flagship Asset Management.