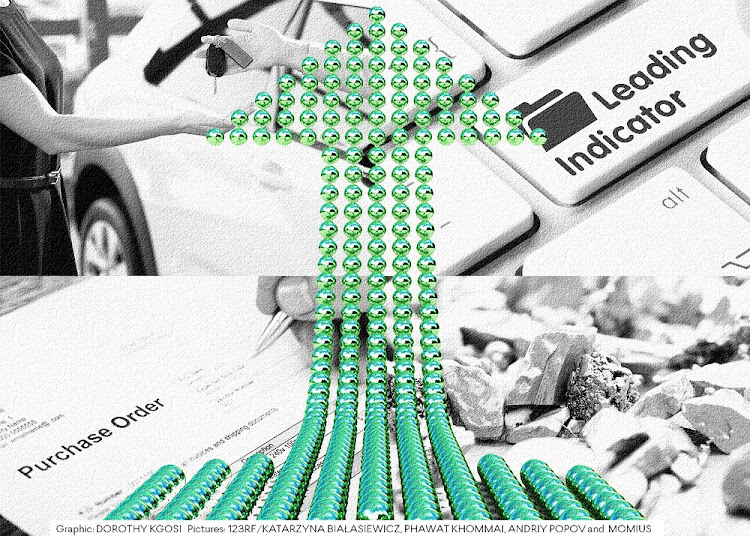 With fears surrounding the impending third wave of the Covid-19 pandemic gripping the country, attention has again shifted to what this will mean for the stability of the economy after the fallout SA suffered from the second wave of infections at the start of the year.

While the uncertainty each new wave brings is unsettling, more positive news recently points to a better road ahead.

As infection rates in the second wave fell relatively quickly without the need for the hard lockdown of 2020, the negative economic effect was relatively contained compared with the second quarter of 2020. The third wave of Covid-19 infections is likely to follow the same pattern.

Nevertheless, continued improvement in the SA Reserve Bank’s leading indicator index, a rebound in the manufacturing purchasing managers index, stronger car sales and the positive effect of a strong global recovery and commodity prices are likely to translate into first-quarter GDP growth of about 2.5% annualised.

The most important news over the past few months was the much better than expected national budget in February that turned out to be a confidence booster. Compare this to the disappointing October 2020 medium-term budget policy statement and you have an extraordinary turnaround. The commitment to fiscal consolidation through the reduction of the deficit and stabilisation of the debt-to-GDP ratio meant that — combined with a better growth outlook — fiscal risks will be sharply lower over the next few years compared with the depressed expectations in 2020.

Strong commodity prices have also helped lift export price inflation, and this in turn has lifted GDP inflation. Stronger real growth, plus an uplift in GDP inflation, will boost nominal GDP significantly and thus improve the budget deficit-to-GDP ratio and, more importantly, the debt to-GDP ratio. It is therefore likely that the National Treasury’s forecast for the stabilisation of the debt-to-GDP deflator at below 90% (at 88.9% in 2025/2026 vs the October 2020 estimate of stabilisation at 95.3%) will be reached or even exceeded (that the debt ratio could stabilise even lower than 88%). I expect a peak at about 83%.

There should be a strong rebound in 2021 with above-consensus 5% growth. The main reasons for this strong forecast are the supportive external environment (strong and synchronised growth, a weak US dollar and a strong commodity price upcycle), low local inflation and interest rates, and a likely rebuilding of inventories during 2021.

Inventories were steadily depleted over the last six quarters given that sales were satisfied to a large extent out of inventories as production facilities were closed during lockdown. Had inventories been unchanged between 2019 and 2020, the latter year’s GDP growth would have been -4.3%, vs the actual -7%.

As inventories are steadily brought back to healthier levels over the course of the year, there should be a concomitant increase in production to facilitate that rebuilding.

Agricultural production will also rebound strongly in 2021 as good rainfall will contribute to record or near-record crops across the country.

Consensus growth forecasts for 2021 — depending on which survey one looks at — have risen recently. My own survey of credible broker economists shows that the median growth forecast has lifted from 3% in March to 3.8% in May. I expect further upward revisions over the next few months.

Growth is likely to settle back to lower levels in 2022, but could still be substantially better over the medium term than the 0.8% annual average growth of 2015-2019. I expect SA’s medium-term growth outlook to be a lot better, with annual average growth of about 2% in the five years from 2022 to 2026 — more than double the 0.8%. While this is not the 3.5% growth we ideally need and a long way from the 7% envisaged a decade and a half ago, it will go far towards reducing fiscal risks over the next few years.

Some additional positives at play that could help lift growth over the medium term include a number of issues that are gaining momentum:

SA’s rand exchange rate is likely to be largely determined in 2021 by the global environment. While concerns about policy reform, weak growth and the Covid-19 vaccine rollout will contribute, global forces might play a dominant role. I therefore expect the rand exchange rate to remain strong and stable — potentially even strengthening significantly further.

Inflation has remained subdued and I expect it to stay mostly below 4.5% — the midpoint of the target range — over the next 18-24 months. While better economic growth in the medium term might bring back some pricing power for businesses, I do not expect medium-term inflation to accelerate meaningfully.

Interest rates are likely to stay around these current low levels for an extended period — likely deep into 2022. This is not only thanks to weak growth and low inflation locally, but also to the US Federal Reserve’s low-for-long interest rate policy. Once an upcycle in local policy rates starts, it will probably be a slow and measured cycle.

Sifting through all of the data collectively, it could all significantly boost prospects for the economy and could mean SA is back on track with the long-awaited confidence rebound finally happening. Happy days could be here again.

PETER ATTARD MONTALTO: Some oomph is needed to get SA out of its torpor

JOHN DLUDLU: Shutting down the economy anew will only delay recovery

Nonpharmaceutical interventions, testing and an aggressive vaccination rollout programme will be more effective in dealing with the third wave
Opinion
4 months ago

ISAAH MHLANGA: Health policy for third wave needs to be carefully thought through

Commodity investors beware, the duration of the recent upswing is unlikely to last a decade
Opinion
4 months ago
Next Article