ANC in free fall: whose suspension is it anyway? 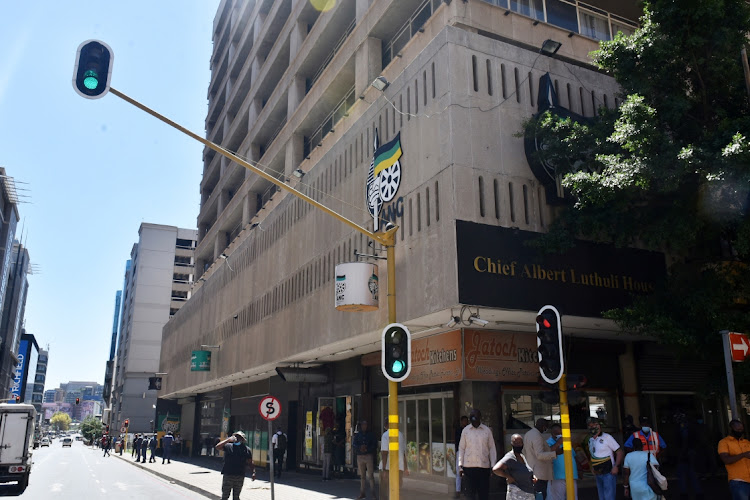 On Wednesday the governing party’s step-aside battle reached its point of inflection. Officials within the ANC facing corruption charges and other serious crimes who did not voluntarily step aside were served with suspension letters.

In his spectacularly mind-boggling rejection letter Magashule said the letter informing him of his suspension — not the NWC’s decision to suspend him — is fatally flawed and unconstitutional because the deputy secretary-general has no authority to issue such letters.

It might be useful to point out here that a temporary suspension is an administrative action and not a substantive decision, and therefore can only be reviewed, not appealed.

And in spectacular Magashule fashion he does the unthinkable. In the same letter he announces that he has suspended ANC president Cyril Ramaphosa, without the authority of the NWC as per rule 25.56 of the ANC constitution.

Why would Ace Magashule do that? Simply to create confusion. This is a common Magashule political tactic. He deliberately muddies the rules with obscure interpretations to create confusion so that the only “reasonable” solution is to “let the branches decide”. Ace excels at branch-level politics — it is how he became omnipotent in the Free State.

But at an even deeper level Magashule understands how brittle and fragile the ANC is and how heightened tensions within the party are not being solved by decisive, painful action but by cosmetic attempts at unity. So his strategy is to take the fight to the doorstep of his main opponent, so that those around Ramaphosa concerned with keeping the party united in the lead-up to local government elections later this year push for a “non-destructive” political solution. That is to say a compromise that doesn’t see either Magashule or Ramaphosa suspended from the party. A win for Ace.

Let’s attempt to clean up some of the confusion. Is Magashule suspended from the ANC? Yes.

Shortly after his parallel universe rebuttal letter to the NWC party spokesperson Pule Mabe, and separately ANC national chair Gwede Mantashe, restated the position of the national executive committee and NWC confirming that they have temporary suspended Magashule from the party, despite Magashule indicating his intention to appeal (apply to review) his suspension.

The ANC constitution is clear: Magashule has the right to apply for a review of the decision, but it makes no mention of whether that suspends the NWC’s decision pending the review outcome, as Magashule claims. An application to review an administrative decision does not generally result in the suspension of that decision. But it is a justiciable matter that Magashule can and probably will have to ventilate in the courts through an urgent interdict against the NWC should it continue to insist he remains suspended.

Magashule’s claim to grounds for appeal has no substance. His claim that the letter he was served is flawed and unconstitutional is based not on the substance of the letter but rather that the signatory of the letter is his deputy, Duarte. This is because the ANC constitution, throughout rule 25, states that the secretary-general of the party is the one to be charged with the duty of communicating suspension decisions of the NEC and NWC, not the deputy secretary-general.

Magashule is, however, entitled to have his appeal heard by the ANC’s national disciplinary committee of appeals, which has a quorum of no fewer than three members. It would not be a difficult exercise to speedily cobble a three-member appeals committee together to hear his case and decide on it before the ANC NEC meeting this coming weekend.

Can Magashule suspend the president of the ANC? No.

According to his letter Magashule claims to suspend the president of the party in line with resolution 8.2 of the ANC’s Nasrec conference, which states that “Every cadre accused of, or reported to be involved in, corrupt practices accounts to the integrity committee immediately, or faces [disciplinary committee] processes …”,  and resolution 8.3 that further provides for the suspension of, “people who fail to give an acceptable explanation, or to voluntarily step down while they face disciplinary, investigative or prosecutorial procedures”.

You might wonder what these corrupt practices are that Ramaphosa is accused of or reported to be involved in. In a separate letter Magashule refers to “the use of money in its internal election at conferences” and that the matter involving the “CR17” campaign has been reported to law enforcement agencies. Perhaps he has forgotten that the issue of the unsealing of the CR17 bank statements case is a civil, not a criminal matter.

This might well be a good enough reason for the NEC and NWC to consider suspending Ramaphosa — if those bodies truly cared about cleaning up the ANC — but he is yet to be criminally indicted for anything related to the matter and nor has the NWC given Magashule an instruction to issue communication to Ramaphosa informing him of his (non-existing) suspension.

The suspension of Ace Magashule could be the spark that President Cyril Ramaphosa needs to finally ‘renew’ the governing party. This would be a bolt ...
Features
5 months ago

Secretary-general’s extraordinary letter states no specific charges against president nor process followed, and comes after he himself has been ...
Politics
5 months ago

Mbeki's piece comes in the wake of recent attacks on the integrity of the judiciary by another former president, Jacob Zuma, who has also suggested ...
Opinion
5 months ago
Next Article