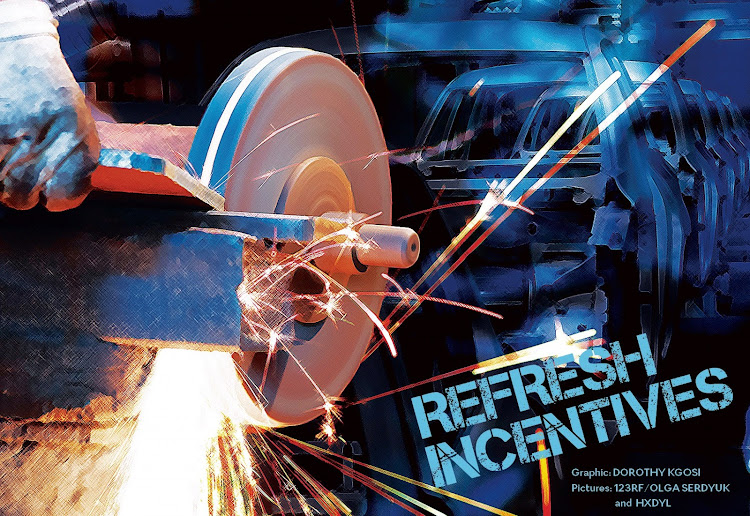 It would be hard to imagine an economic tsunami more damaging to industry than the Covid-19 crisis. Lockdown after lockdown has dampened demand, made production a logistical nightmare and severely affected many of the export markets that are vital to our manufacturers.

There is endless talk of more taxes, but this vital manufacturing sector, the engine of our economy, needs heaps of carrots, not more sticks. Many firms, particularly small businesses, have not survived the Covid-19 crisis, too many others are on life-support and the rest need the right environment in which to rebuild.

It was brilliant to see President Cyril Ramaphosa’s recent visit to the Tshwane Automotive Special Economic Zone (SEZ), in which he welcomed Ford’s announcement that the global carmaker is investing almost R16bn into expanding its operations there. However, this excellent news was in contrast to many other recent reports of closures and scaling back — such as the decision by SA Breweries to cancel R5bn in planned investment.

I do hope finance minister Tito Mboweni is taking a serious look at the government’s current package of tax incentives and will refresh them — and where possible add something to the pot — when he delivers his budget speech next week. These are not handouts. They bolster economic growth, and as companies grow they employ more and export more — and they and their employees pay more tax.

There is a compelling case for industrial support.  It is as much a benefit as a cost, if not more so. In recent years the total budget for these incentive support measures has been steadily eroded, despite the overwhelming local and global agreement that they can play a vital role.

Ramaphosa is our investment president. He has launched an inward investment drive, holds annual investment conferences to drive the process forward, and has made no secret of how this latest Ford announcement supports his efforts. It would be bizarre if his finance minister were to further damage the very modest, limited instruments the government has in its armoury to attract and support investors, local and foreign.

If you look at the incentives budget of the main department involved, Ebrahim Patel’s department of trade, industry & competition, you will find that its total annual size is pretty close to the value of Ford’s new investment. There are other incentives run by other departments, and the cluster of tax incentives is also vital, but few could argue that SA currently offers the same scale of industrial support as our manufacturing rivals.

As was pointed out at the Ford ceremony, SA is competing for new projects.  And it was made clear that the latest Ford investment would never have happened without the incentives contained in the department’s automotive incentive programme. Destroy the carrots, and the rabbits will hop off elsewhere.

Of course, there is a budget crisis, the SA Revenue Service is battling to get in enough tax revenue to keep the deficit in check, and every item of state spending must be justified, not least because it seems to remain impossible to root out corruption. But with the economy due to recover — we must hope 2020 was the low point — it would be reckless to neuter investment in the future by obsessing about today’s poverty.

Take the tax incentives the government offers to business on approved investments. Most of the impact is delayed because you need to be eligible for tax before you are able to claim your rebate. Actual tax sacrifice by the fiscus due to an incentive happens in the years after the submission of an incentive claim, when the project is generating taxable revenue.

One of the most successful, oversubscribed incentives for capital investment by manufacturers was known as section 12I (S12I), but applications ended in March 2020 and it has not been renewed.  The government should seriously consider reviving S12I.  The department argues that the current focus on sector-specific master plans is a replacement for S12I.  But what if your sector has no master plan as yet, and you want help to invest?

Another important incentive is the section 12L (S12L) energy efficiency incentive, which is due to expire in December 2022.  The environment-saving projects it fosters have long planning horizons, and there needs to be a minimum of a five-year extension of this incentive. It should be borne in mind that it is not only a crucial instrument to help reduce energy consumption and a firm’s carbon footprint, but it is also linked to the carbon tax, which is steadily on the increase. Certainty on the future of S12L must emerge from this budget.

There has been a barrage of activity and noise around another incentive known as section 12J (S12J), which mobilises funding by offering 100% tax rebates to investors in approved projects. It is important in these tough times that these investments continue. Especially as they support the small business sector, which needs all the help it can get. The big banks pay a lot of lip service in this regard, but their track record speaks for itself.

By all means tighten up the rules to exclude lower-risk projects such as property development, which do not need an S12J scheme. The future focus of S12J should be on high-technology ventures, which tend to be riskier. S12J has a sunset clause, and the last claims will be allowed this year unless the finance minister announces it is to be extended.

Then there is the section 11D (S11D) incentive for research and development (R&D), which is expiring in October 2022. It is surely vital to invest in R&D innovation, and the incentive is important as it encourages R&D and promotes agile companies. Colleagues in the UK tell me there was a big increase in R&D claims there last year, with an impressive 50,000 to 60,000 claims for that country’s R&D investment incentive.  About £3bn to £4bn in tax revenue was foregone, which is certainly more than is offered by our R&D incentive programme.

Finally, back to Ford and the Tshwane Automotive SEZ. The drawback of the newer SEZs such as this one is that Mboweni has decided they should no longer enjoy the full range of incentives that were offered to similar industrial clusters under the parent Industrial Development Zone scheme, which nurtured developments such as Coega and the Richards Bay SEZ. If SEZs are merely locations for businesses to cluster — with no substantial government support — they will be little more than industrial parks, not the ambitious investment attractors to which the president and Patel refer in their public pep talks.

One example of an incentive in SEZs that is no longer on offer is a VAT exemption for investment by a manufacturer in capital equipment. The VAT may still be reclaimable at a later stage, but an inability to secure upfront support can hit the investor’s cash flow.

Naturally, the main focus in the budget will be on financial book-balancing. But the future health of the SA economy depends on its manufacturing engine, and there is every incentive for Mboweni to instill confidence and help secure future growth.

• Newman is a director of Cova Advisory.

WATCH: What Saica wants Tito Mboweni to do with taxes

Is SA borrowing from Peter to pay Paul?

LUKANYO MNYANDA: Eyes turn to Tito as SA keeps waiting for a switch to be flicked

CARTOON: Over to you Tito

CARTOON: Over to you Tito