Inherited from a colonial parliamentary system, whips have an important role to play in a constitutional democracy — so where are they? 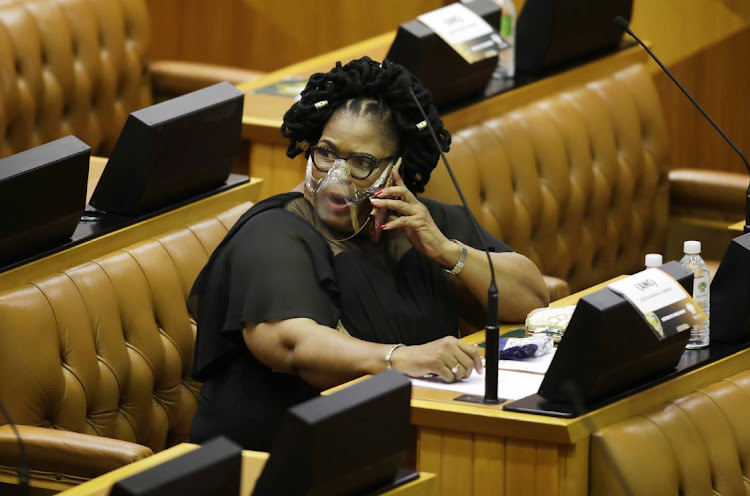 Recent bouts of shock expressed by deputy chief justice Raymond Zondo and an article penned by ANC deputy secretary-general Jessie Duarte on parliamentary oversight and accountability, has brought into sharp focus how our parliament ought to function.

From our colonial past, we have inherited the Westminster model of parliament with its attendant whippery system. In the UK, the chief whip of the governing party is responsible for administering the whippery system to ensure members of the party attend and vote in parliament as the party leadership decides. MPs who belong to a political party are usually required by their party to vote in accordance with the party line on pain of censure or expulsion.

In the 16th and 17th centuries, the punishment could have been worse. Thank goodness the British did away with the stocks and pillory system, and the French the guillotine, as punishment for misbehaviour. In Canada, party discipline is strict and MPs are expected to vote with the rest of their party in all but a few designated free votes.

A conscience or free vote is a type of vote in a legislative body where legislators are allowed to vote according to their conscience rather than according to an official line set down by their party. In most countries, conscience votes are allowed on issues that are especially contentious. Usually, a conscience vote will be about religious, moral or ethical issues. In 1994, the ANC allowed two MPs to abstain from the abortion vote on the grounds of their religious belief.

Conscience votes have been held in successive Australian parliaments on issues of becoming a republic, abortion, euthanasia, homosexuality, sex discrimination, prostitution and bioethical issues such as assisted reproduction and stem cell research. In New Zealand, the most common topic for conscience votes has been alcohol. In SA, the conscience vote has centred on corruption.

In 2014, Clive Napier and Pieter Labuschagne, academics at the Unisa, published an instructive article in the Southern Journal for Contemporary History, a publication of the University of the Free State, in which they lamented the dearth of research on the historical background, institutional and functional roles of whips in modern parliamentary systems.

It was a neglected area of study, in their view, because whips in a parliamentary or constitutional democracy are absolutely necessary for parliaments to function. They made anecdotal reference to Winston Churchill’s alleged view that a political party without a whip’s office is like a city without a sewer.

Four years later, the state-capture commission laments that, if MPs had followed the constitution and their consciences, state capture could have been averted

Whips generally work behind the scenes to ensure parliament functions. They deal primarily with the internal operation of political parties, mainly in caucuses and other party structures. So obscure are whips that they fail to get a mention in our constitution. According to these authors, the history of the SA National Party, published in five volumes and covering a large area of SA political history, does not contain a single reference to party whips.

In the US parties apparently exercise little control over the votes of individual legislators, who are almost free to vote as they wish. It is believed that most votes in the US can be considered free votes. However, the reality is a little different. In 2001, Democrat representative James Traficant was stripped of his seniority and committee assignments when he voted for a Republican to be the speaker of the House of Representatives.

Similarly, when the House Republican leadership decided not to whip votes against the second impeachment of Donald Trump, now under way, Liz Cheney, the third highest ranking Republican, who supports Trump’s impeachment, referred to the matter as a vote of conscience. The storming of the citadel of the world’s oldest democracy, aided and abetted by Trump himself, which was watched with amazement by the world, has given new meaning to the conscience vote in the US.

Only a possible five out of 50 Republican legislators have thus far found their conscience.

Napier and Labuschagne also deal with votes of no confidence. They believe that, in recent decades, governments have come to regard any vote, even on issues of minor detail, as a vote of no confidence and any defeat must be either reversed or lead to the government resigning or dissolving parliament. The role of whips is crucial to avert such events from taking place, with a three-line whip and with no room for conscience.

In 2013, the DA had to confront its policy stance on redressing apartheid’s legacy. Lindiwe Mazibuko, the party’s parliamentary leader, no doubt moved by her own political consciousness and the deleterious impact apartheid wreaked on the African, coloured and Indian populations, voted in favour of the Employment Equity Amendment Bill because it was the right thing to do — to give greater demographic representation in the workplace.

Mazibuko had to recant because the DA did not support racial quotas. In fact, the party went further and expressed its opposition to introducing punitive measures for companies that failed to comply with BEE regulations.

In December 2017, at its national conference, the ANC proposed that its chief whip should be chief whip of parliament instead of the current system in which each party has a chief whip and line whips in charge of its MPs. The rationale was that the national and provincial legislatures are a critical instrument of advancing people’s power and fast-tracking the transformation of society.

The key role of the legislature, the ANC believes, is to exercise oversight over the executive, facilitate public involvement in its work, and pass legislation to transform society and change the status quo. The oversight role is to ensure accountability and compliance, as well as to instil a developmental approach to the state.

Such a shift would have given ANC MPs more latitude to exercise a free or conscience vote in line with a Constitutional Court decision made a few months earlier that MPs had an obligation to uphold the constitution in terms of their oath of office and decide matters in accordance with their conscience and not be beholden to the party line.

John Steenhuizen, the DA’s chief whip at the time, was opposed to any change in parliament’s current whippery system. According to him, “to do away with the system would do great harm to the parliamentary process. It will be another step to hollowing out parliament’s ability to hold the executive accountable”,

Four years later, the state-capture commission laments that, if MPs had followed the constitution and their consciences, state capture could have been averted. The DA is in full chorus and, like a typical Western movie, the ANC are the bad guys. How the wheel turns.

The ideal situation would be to strike the right balance between MPs toeing the party line in a Westminster style parliament with a whippery system, allegiance to their constitutional obligation, and giving MPs more freedom with their vote to give expression to their conscience. In the final analysis, the people must win.

GARETH VAN ONSELEN: In Ramaphosa the business genius we believe despite the evidence

An inept party of incompetent, anachronistic amateurs, denialists and egg-beaters
Opinion
1 year ago
Next Article

TONY LEON: Ramaphosa is failing in his duty to protect the constitution

TONY LEON: Ramaphosa is failing in his duty to protect the constitution