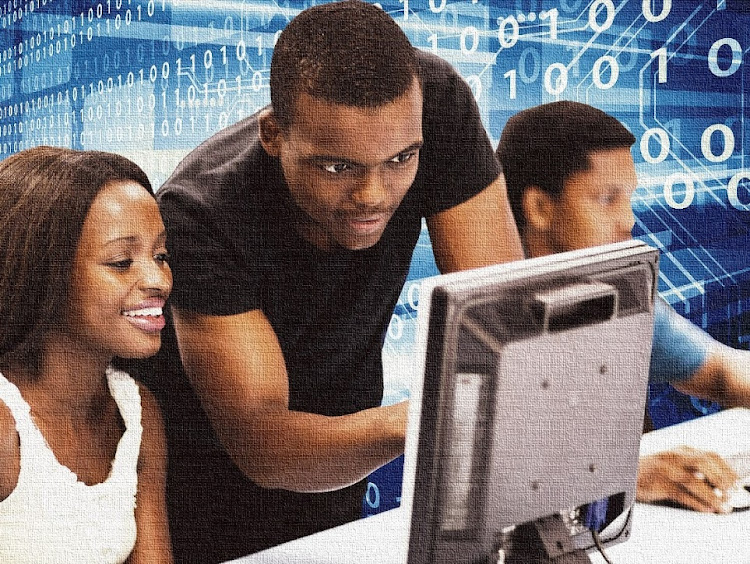 SA will not recover from the devastating economic fallout of the Covid-19 lockdown without drastically reviewing how we do business.

Despite an impressive rebound in the third quarter of 2020, the economy is still 5.8% smaller than it was at the end of 2019, SA’s unemployment rate is the highest in the world, of countries included in the latest International Monetary Fund World Economic Outlook, and the small business sector is under threat: business as usual may eventually mean no business at all.

Many companies are hiring offshore suppliers to carry out large parts of their hi-tech work requirements, depriving local people of jobs, salaries and opportunities. This practice is not sustainable if the procuring companies want to continue selling their goods to employed South Africans. In a world that’s increasingly reliant on technology, it’s time to take a stand and call for companies to bring our hi-tech jobs back home so that our own country can participate in the careers of the future.

While this view may be controversial in an increasingly interconnected world, there are three arguments in favour of keeping our tech sector local. The first consideration is the need for local skills development. Offshoring these jobs removes the need and incentive to upskill existing employees or train our millions of unemployed people, depriving the younger generation of the training they need to compete in the digital economy. It all boils down to a pure supply and demand issue.

When there is demand for a skill and that demand is filled by an offshore resource, the imbalance between demand and supply swings back in equilibrium. There is therefore no pressure on the supply side to produce additional skills. The system needs to be adjusted so that the offshore skill can, at best, be a temporary placement while local resources are identified and upskilled to take the place.

Specialised skills such as coding, data analytics, cloud and cybersecurity are already limited in SA, and will become increasingly necessary in the digital future. If we don’t train our youngsters now to get a foothold — because we abdicate responsibility by finding the skills overseas — they will stagnate and be forced to watch other countries prosper while we stay behind. In terms of digital skills, we already lag behind many countries that are in other ways far less developed. We have squandered the advantages our first-world environment and widespread internet connectivity gave us, and our position will deteriorate if we don’t actively upskill.

The Indian government, for example, has been tremendously successful with a determined plan to educate millions of young people for the digital future. There is no reason SA cannot emulate that success. Indeed, the positioning of Cape Town and the Western Cape as Africa’s tech capital, and the investment of R7.8bn by Google and other corporations, is a clear and encouraging sign that some government sectors are moving in the right direction.

I don’t believe the answer to our training needs lies within universities. The hi-tech sector evolves too rapidly for universities to keep pace. Solutions are coming from organisations such as non-profit We Think Code, or technology services companies that rapidly upskill people with the skills the market needs. Its candidates go through intensive software development or cloud skills programmes and emerge with impressive market-ready skills. All that is needed for this model to scale and accelerate is the guaranteed demand from larger corporate SA.

The power of the large tech companies such as IBM, Amazon, Microsoft and Google that have training and certification programmes are also negating the need for university degrees in tech. Resourceful youngsters can train themselves if they have a computer and stable internet connection. A mentor is also beneficial, so a government-led campaign to support students enrolling for this training would see many more people equipped to work at a fraction of the cost of a university degree.

The second argument for repatriating hi-tech jobs is the circular flow of income. Local employees use their wages to support their families, pay domestic workers and support small businesses, all of whom in turn buy goods and services made by the same local companies that employ them. This is known as the local multiplier effect: the additional economic benefit accrued to an area from money spent locally is greater than the initial amount spent.

Economist Enrico Moretti argued in his paper on “local multipliers” that every time a local economy generates a new job, additional jobs are created through increased demand for local goods and services. Highly skilled sectors such as technology have the highest multiplier effect, with each technology job supporting up to five additional domestic jobs.

The local multiplier effect is destroyed when procurement spending and wages are haemorrhaging offshore instead. This practice also shifts the intellectual property offshore, leeching the revenue and profits out of SA, and shrinks the local tax base, as every person who works entirely remotely from another country is a 100% loss to the SA Revenue Service (Sars). This is particularly problematic in a time when Sars is battling to make ends meet.

Software developers in the Far East or Eastern Europe may look cheaper on the surface than local skills, so procurement officers may argue that they are simply following sound policies by hiring the cheapest. That makes financial sense — in the short term. But CEOs of our large corporates should see the bigger picture and consider that the 10% they are looking to save is making our economy poorer by 80% to 100% of the contract value. Resulting in fewer  and fewer people who have the money to buy what their company or their customers’ companies produce, thus diminishing their own customer base.

While supporting the economy and driving skills development are two persuasive arguments for shunning offshoring, a third, more sinister factor, is at play. Offshoring has encouraged an insidious form of local empowerment. Several international companies have established local offices with just enough black shareholding to gain the crucial BEE points for ownership, allowing them to compete against companies that employ 100% local resources. When the local company wins a contract, perhaps 12%-15% of the fee stays in SA and the rest is shipped to an army of workers offshore. Sometimes those workers are flown in to handle the contract from here. The local owners are usually a handful of well-connected people who benefit handsomely, meaning this has nothing to do with broad-based empowerment.

Sadly, there are reports about companies from abroad winning local tenders, and then not delivering on their local skills transfer or local procurement obligations that were a requisite of the contracts. Some offshore companies are even landing foreign workers in SA on short-term work visas and rotating people out on a six-monthly basis to circumvent visa restrictions.

The practice would easily be stamped out if government revised — and enforced — its regulations to attach 1:1 local upskilling requirements to every offshore job, thus requiring companies to prove they are actively training locals to fill the position being filled offshore. Then, if a skill is genuinely not available in SA somebody would be trained to meet that need.

You may agree with this opinion, or you may feel this approach is ill-suited to a globally connected world. Either way, let’s begin the debate. These unprecedented times demand a response that is out of the ordinary and limiting offshoring is a relatively low-cost way of having a massive positive impact.

• Malan is a managing partner of Tangent Solutions, an advanced consulting partner for Amazon Web Services.

Don’t just back the jockey, back the whole team

MARK BARNES: The beauty of fair market value and fixing our own problems

Though dominance often results in consumer exploitation, the answer is innovation, not more rules
Opinion
4 months ago

BRIAN KANTOR: Companies will soon start trading off pay and working at home

Home workers will have to accept less should they prove less productive, and the opposite is also true
Opinion
4 months ago

DAVID SHAPIRO: The loss of the old world of community around the chalkboards

I miss the office, smell of coffee, warm smiles from colleagues, impromptu debates  and strolling across the road for lunchtime pizza and coke
Opinion
5 months ago
Next Article

The postgraduate blueprint for a future that works

The postgraduate blueprint for a future that works