Finally, a glimmer of hope the government and its partners will pull in the same direction 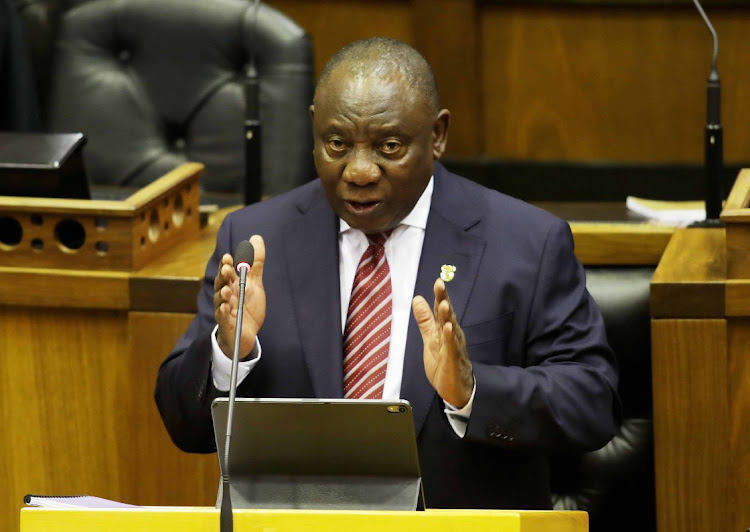 President Cyril Ramaphosa is adamant that the government’s fiscal stimulus and economic recovery plans can revive the economy, but implementation remains a concern.

Investors and ratings agencies will look to Wednesday’s medium-term budget policy statement for further details on these plans and, arguably most importantly, the actions the government will be taking to execute on them.

The government’s decision to extend a further R10.4bn in bailout support for SAA has not made finance minister Tito Mboweni’s job any easier. Difficult decisions by the government, such as strict austerity measures, will be required if it is serious about exiting SA’s debt spiral. However, this must be achieved while the economy finds its feet again.

In this respect, the president’s economic reconstruction and recovery plan provides hope that the government, labour, community and business are finally looking to pull in the same direction to lift SA out of its costly growth trap. The focus of the plan will be to rebuild the economy and effect structural reforms, which will enable sustainable and inclusive growth, with an intense focus on job creation.

On a positive note, action plans and responsibilities have been identified for all social partners and the plan aims to pragmatically balance short and long-term imperatives. There is an acknowledgment of the previous failures of implementation, which will be addressed by centralising planning and implementation in the presidency. Though successful execution remains one of the largest bugbears, investors should view this development as a positive step on the country’s road to recovery.

SA investment markets have been treading water since June, and domestic equities are back into negative territory on a year-to-date basis after the correction in September. An increase in Covid-19 related cases and weak economic news flow in SA are largely to blame. Domestic-orientated stocks such as financials and retailers have largely felt the pain of this year’s crisis, whereas precious metals, and Naspers and other rand hedge counters, have provided support to the local bourse.

Offshore assets have performed strongly in rand terms and provided much-needed impetus to the performance of domestic portfolios — again illustrating the importance of regional and sectoral diversification. Regardless of the underlying value that exists, SA assets are expected to take their cue from global events such as the developments surrounding Covid-19, the US presidential elections and Brexit for the remainder of the year.

Though it is likely to take the economy another two to three years to fully recover, at least the worst appears to be behind us as economic activity starts to gather pace again.

Low interest rates supported by low inflation will support the economy at the margin, but as SA Reserve Bank governor Lesetja Kganyago indicated at the latest monetary policy committee meeting, this will not be enough to sustain growth in the long run.

Leading economic indicators have changed direction and we expect that the manufacturing sector will recover first before the services sector starts contributing more meaningfully, in the same vein as the global trend. Tourism and leisure will continue to be affected by international travel restrictions.

On a separate and positive note, the corruption eradication drive led by the National Prosecuting Authority is starting to gain momentum. Several high-profile arrests have been made in recent weeks and more are sure to follow in the weeks ahead.

While interest rates have been cut to record low levels and the government has injected fiscal support, the reality is that it will take time before things return to normality.

SA’s economy was already in a difficult position in the pre-crisis era, after a prolonged period of weak growth. Corruption, unemployment and depressed confidence levels remain a concern and the government’s debt levels will not be resolved overnight, which all points to a prolonged recovery phase ahead of us.

It is therefore critical that Ramaphosa’s growth initiatives take hold, the economic reconstruction and recovery plan is implemented, and the country follows the “narrow road” suggested by Mboweni.

The president cannot go too far in having corrupt ANC leaders arrested, especially those from his own faction
Opinion
8 months ago

While business is not focused on protecting jobs, which is disappointing, the government should be
Opinion
8 months ago

GARETH ACKERMAN: State and big business must get small entrepreneurs involved in the supply of goods

We need risk-takers, and creativity from banks and NGOs to aid them with start-up finance
Opinion
8 months ago

GENEVIEVE QUINTAL: Top six score bad fails in their credibility tests on cleaning up the ANC

Despite an NEC decision two months ago, government employees involved in criminal cases are not stepping down
Opinion
8 months ago

MICHAEL MORRIS: Expropriation is the biggest threat to farming success so lauded by Ramaphosa

LUKANYO MNYANDA: Ending austerity is not a tool in SA’s box

JAMES FORMBY: Can this time be different for SA?

JAMES FORMBY: Can this time be different for SA?