Delay, obfuscate and rewrite history to buy time or even be exonerated 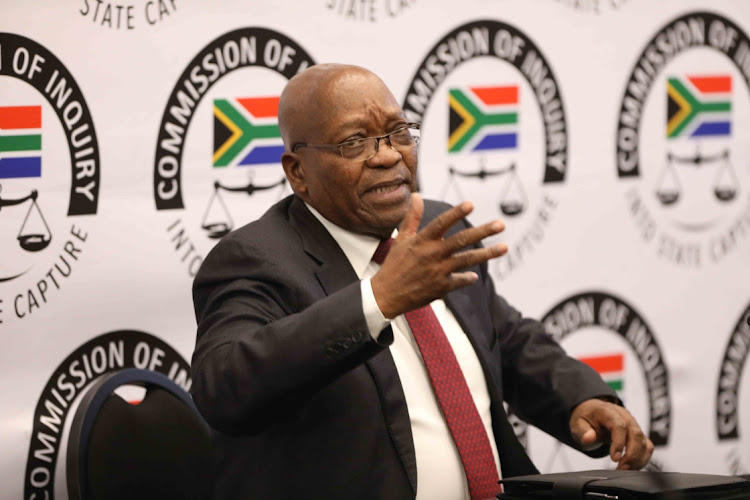 Former president Jacob Zuma’s latest attempt to frustrate the work of the Zondo commission on state capture and evade justice is not a strategy unique to him. It is a pattern that has repeated itself in the ANC over the years, where an action or institution that is lauded with much fanfare at its introduction is eventually turned on and dismissed as soon as it gets uncomfortably close to the criminal activities of high-ranking ANC members.

Zuma himself appointed the state capture commission two and a half years ago, and he is on record stating his willingness to co-operate with it. His latest claim that judge Raymond Zondo is somehow biased due to a personal history with him must be dismissed with contempt. Not only did Zuma appoint Zondo to chair the commission, he also recommended him for the position of deputy chief justice a year earlier.

Reading Zuma’s statement at the time of announcing the Zondo commission in January 2018 puts into perspective the farce of his latest actions. Back then he said the state capture allegations were “of paramount importance and deserving of finality and certainty”. He told us “there should be no area of corruption and culprit that should be spared the extent of this commission of inquiry”. And he assured us that he had “faith in all the judges and their ability to execute their tasks with the requisite levels of fairness, impartiality and independence”.

There was no talk of any personal history with Zondo, and there has certainly been plenty of time for Zuma to raise any possible conflict of interest issues since then. But he hasn’t. For him to now insist that Zondo recuse himself smacks of the desperation of a guilty man cornered by the law. The country needs to move on from the disaster that was the Zuma presidency, and he must stop wasting everyone’s time.

But equally, the ANC cannot be let off the hook, because this practice of making an about-turn when things get uncomfortable is their own modus operandi. We have so many ANC scandals that occur concurrently these days that it’s often difficult to remember exactly who said what years ago. But it’s important that we do.

When our country signed the Rome Statute in 1998 and ratified it in 2000 to become a member nation of the International Criminal Court (ICC), this was done with much fanfare by the ANC government. Then justice minister Dullah Omar said “the establishment of an [ICC] would not only strengthen the arsenal of measures to combat gross human rights violations but would ultimately contribute to the attainment of international peace”.

But the moment this ICC membership put the ANC on a collision course with a fellow Big Man politician, Sudan’s Omar al-Bashir, history was instantly erased and the ICC was rebranded a pariah institution and colonial relic. Similarly, the establishment of the independent Directorate of Special Operations (DSO) — better known as the Scorpions — in 1999 was done with much bluster, including a promise that it would look into crime within police ranks.

But that was all quickly forgotten and erased when it became clear the Scorpions were truly independent and were prepared to go after criminals at the top of the ANC — particularly the national police commissioner at the time, Jackie Selebi. Then the unit was quickly turned on, disbanded and replaced with a compliant and controllable unit.

Such is the volume of the daily ANC scandal deluge that its officials hope people will forget things that happened years ago and overlook their inconsistency and hypocrisy. Just as the ANC did when it killed off the Scorpions and withdrew from the ICC, Zuma is now hoping to rewrite his relationship with Zondo as somehow compromised and problematic.

We cannot allow Zuma to do to the Zondo commission what he has been doing for two decades on the arms deal issue. When he says he wants his day in court, or he wants a chance to clear his name and set the record straight, he is not being honest. He is using the oldest trick in the ANC playbook to delay, obfuscate and rewrite history in the hope that this will buy him time or even exonerate him.

It is time Zuma was treated as an ordinary citizen and a hostile witness, and not afforded the leniency these institutions have shown him to date.

• Steenhuisen is an MP and interim party leader of the DA.

The party is not obsessed with race, but with eradicating poverty
Opinion
7 months ago

In countries with endemic corruption, such as SA, governing elites loot because they don’t see it as wrong — and because they get away with it
Opinion
8 months ago