BHEKI NTSHALINTSHALI: Ramaphosa has reopened a stagnant and bleeding economy 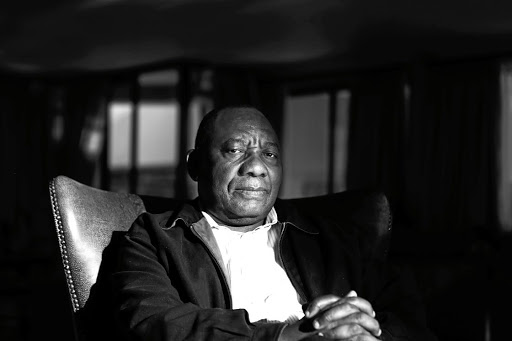 The further reopening of the economy by President Cyril Ramaphosa has created positivity and optimism for many South Africans, who are desperate for good news. The announcement represents an improvement because tax relief and other announced economic measures were proving useless in the face of the lockdown, with companies not being allowed to open their operations and workers surviving on stipends.

It is easiest, in the short term, to retreat inward, to celebrate imaginary progress and wallow in sentimentality and false optimism. But we need to abandon collective self-delusion and reflect honestly on the state of our economy, because we are in the terminal stage. Long before Covid-19 the sixth democratic dispensation inherited a stagnant economy accompanied by worsening unemployment, inequalities and poverty, manifesting at the macroeconomic level in rising public debt, a bigger budget deficit, higher debt service costs and revenue shortfalls. GDP had been declining since the middle of 2019.

These subdued levels of growth are part of the serial stagnation that set in after the global capitalist crisis that erupted in 2007/2008. This has been accompanied by high corporate and public debt, which has now reached proportions worse than the pre-crisis period. That is why three months after the launch of the R200bn loan guarantee scheme only R13.26bn has been committed to businesses. About 37% of applying businesses have been rejected because they do not meet the banks' excessively strict lending criteria.

In 2020 SA found itself bogged down under the weight of a rising debt burden and neoliberal policies, amid intermittent threats by the Western sovereign ratings agencies to downgrade its investment grade to “junk status”. The agencies, which the finance minister and Treasury had worked hard to impress, subsequently downgraded SA in the middle of the pandemic.

The Quarterly Labour Force Survey for the fourth quarter of 2019 indicated that it is “the first time since 2008 that the unemployment rate has not decreased in the fourth quarter”. Stats SA also revealed that “retail trade sales decreased by 0.4% year on year in December 2019”. This was the economy we locked down in response to the Covid outbreak. Now the lack of solid intervention by the government amid depressed private capital investment means we are not only likely to reproduce this serial stagnation, characterised by episodes of technical recession and rising unemployment, but we’re facing a possible economic depression. 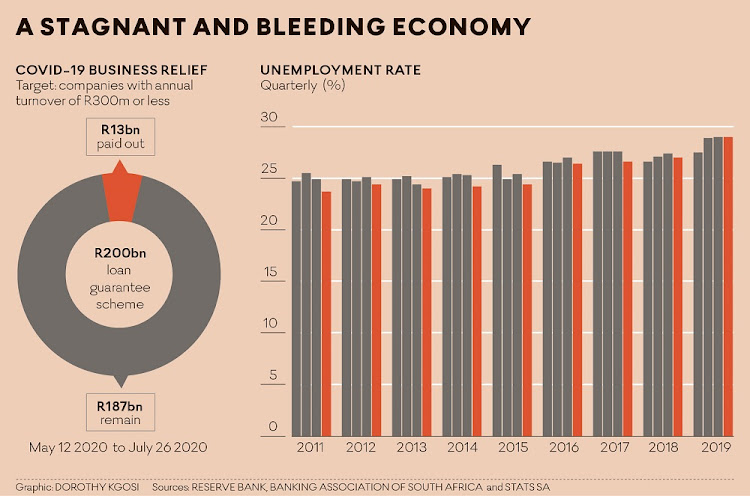 The president has plans for a series of infrastructure projects, but more obvious fixes such as maintenance are not even considered
Opinion
11 months ago

There has been no progress in the announced plan to reduce and rationalise the public sector, but what we are seeing is the formation of new corporatised state agencies such as the Border Management Agency. There is no plan or convincing strategy to fix the economy, and the government has so far refused to inject substantial new money as part of a stimulus package. The reform of state-owned enterprises is one of the biggest issues facing our economy. The poor management and low efficiency of many SOEs remain a big problem that the government has so far failed to fix.

Load-shedding continues to weaken the economy and has led to many foreign investors losing confidence in SA as an investment destination. This makes it difficult to realise the goal of boosting local manufacturing, and beneficiation that would help with employment creation. The manufacturing jobs shipped overseas will not return and social inequality will continue to grow. The for-profit health-care system continues with its gouging of the public, pricing out millions. Despite the government paying lip service to its commitment to the transformation of health, we are still failing to reorient our health system towards a primary health-care approach in the context of a properly functioning district health system. Nothing has changed in procurement patterns in the health sector, and the government is adding hospital beds without adding nurses, doctors and support staff.

Corruption has increased and become a serious concern. Commissions of inquiry give us information daily about corruption allegations, but none of our state agencies has used that information to investigate and prosecute the wrongdoers. We are borrowing more money under the same porous and inefficient governance and management systems that have led to a huge portion of public money getting lost to corruption. Between 2009 and 2019 we borrowed R2-trillion and a huge chunk got looted during and after the Soccer World Cup, yet nothing has changed.

What is even more tragic is that President Cyril Ramaphosa’s administration seems to be focused on implementing an economic framework of policies that will suffocate this economy further. The government has abandoned any attempt to explore a new macroeconomic package that seeks to strike a balance between looser monetary policy and more restrictive fiscal policy. There is no progress on the proposed State Bank, despite the government being forced to rely on benevolent billionaires to support struggling small and medium enterprises during the lockdown.

Our optimism over the reopening of the economy should be tempered by this bleak reality — that we are reopening a stagnant and bleeding economy without offering any tangible intervention from the government to turn it around. To avert the even worse scenario of an economic depression, Ramaphosa needs to address all of the above problems and outline solid government interventions, including introducing an R1-trillion stimulus package. This economy is not going to survive for long if we do not have an interventionist state ready to play a strategic role in shaping key sectors of the economy, especially the ones hardest hit by the crisis. This calls for an increase in public investment in the economy, in a manner that inspires the efficient use of our limited resources.

Many workers are surviving through the Unemployment Insurance Fund Covid Temporary Employer-Employee Relief Scheme. It is an indictment of the government that workers are being forced to deplete their UIF resources because of a lack of contribution from either the government or the private sector. The R200bn loan guarantee scheme is being made redundant by the excessive lending criteria the banks are imposing and this is suffocating the economy and needs to be urgently sorted out. The government also needs to do more to force banks to implement loan-payment deferrals and debt restructuring for struggling consumers and businesses. Many workers are losing their houses and cars because they are struggling to keep up with their loan payments.

Remarkably, a government that is losing 10% of its budget to mismanagement and corruption every year, according to Stats SA, is pushing for the amendment of regulation 28 of the Pension Funds Act, while denying access to a limited portion of their pensions to workers who have lost wages during the crisis. The logic is that an inefficient government can be trusted with workers’ retirement savings, but not the real owners of the money.

Ramaphosa needs to show decisiveness to save this economy. Our policymakers and decision-makers should stop becoming purveyors of bad news and worst-case scenarios. They should be working on finding solutions. This needs to happen fast, because as a wise man once said, “dreams are goals without deadlines”.

The president has plans for a series of infrastructure projects, but more obvious fixes such as maintenance are not even considered
Opinion
11 months ago
Next Article