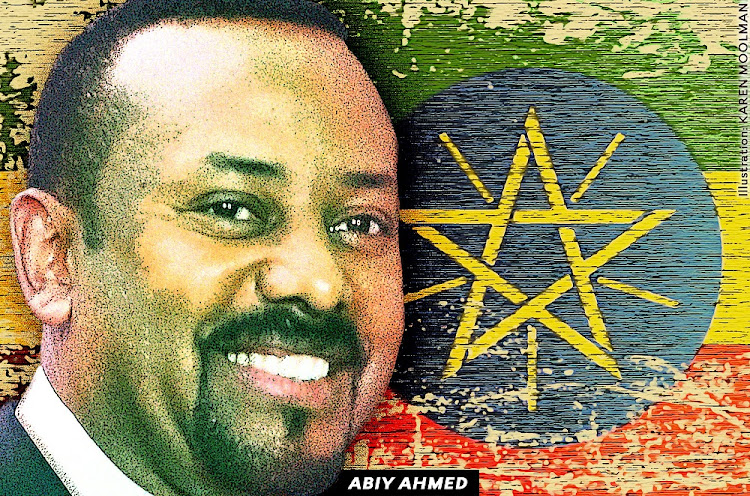 A historic African moment is in the offing: Ethiopia’s first democratic election. Despite its long history, Ethiopia has been a fractured society and a deeply authoritarian polity. Elites of certain ethnic/religious groups, or tyrants, have dominated the country, with Mengistu Haile Mariam’s regime being perhaps the most notorious in modern times. These regimes failed to engender civic belonging and national cohesion among its diverse people.

Mythical Ethiopia was the land of serfdom, and the rulers’ brutality produced rebellions throughout the ages. A progressive student movement challenged the feudal monarchy in the late 1960s and early 70s. However, the military hijacked the resistance and installed a violent government, precipitating open rebellion across the country.

The victory of the Eritrean liberation movement in 1990, combined with the tenacity of the Tigray People’s Liberation Front (TPLF), led to the regime’s collapse. The TPLF took over the country and divided it into a centralised ethnic federation. Many Ethiopians momentarily celebrated the demise of the military.

When Meles Zenawi’s junta took control in 1991, it invited some of the opposition to a national consultative conference. Participants immediately realised that the TPLF would accommodate only junior partners. The Oromo Liberation Front (OLF) refused to capitulate and was expelled and designated as terrorists. A new TPLF-dominated ethnic coalition party, the Ethiopian People’s Revolutionary Democratic Front (EPRDF), replaced the old order and the promise of freedom vaporised.

The dominant ethnic chauvinists were shocked when the new government declared its five-point agenda.

Fifteen years later, the regime felt confident enough to organise semi-free national elections in 2005. Opposition parties won stunning victories in the capital and a few other places. Dazed by the outcome, the regime acted ruthlessly and closed off all avenues of free expression. For the next decade the regime shamelessly “won” 95% of the vote in every election. Public anger escalated, while the overseas opposition mobilised the youth in the country through social media.

Prime minister Zenawi passed away in 2012 and his deputy, who is from a minority community, took over the reins. Persistent demonstrations and violent suppression of dissent, particularly in Oromia, forced the prime minister to resign in 2018. Members of the governing party who had concealed their opposition to the leadership acted expeditiously and elected Abiy Ahmed as prime minister. Ahmed’s appointment was a political earthquake since he is Oromoo. Elements in the governing party, the EPRDF, mistakenly assumed that Ahmed’s appointment would appease the Oromoota and sustain the party, but that was not to be.

The dominant ethnic chauvinists were shocked when the new government declared its five-point agenda. First, Ahmed and his team opened the gates of political prisons. Second, the prime minister doggedly pursued peaceful reconciliation with Eritrea. Third, he invited the overseas political opposition to return home. Fourth, he appointed a new independent election commission chaired by a woman who was a thorn in the side of the old order. Finally, all the former armed groups were allowed to return home. The Norwegian Nobel committee honoured Ahmed with the 2019 peace prize.

These were awe-inspiring developments. Nevertheless, the reforms may perish due to the interplay between four factors whose origins go back to Ethiopia’s torturous history.

First, there is the cavernous political distrust among the elite. Second, ambitious but sectarian actors dominate most political organisations in the country. Third, political ethnicity has fractured cultural groups, resulting in deep mistrust between communities. Fourth, the majority’s obscene poverty compels them to compete for favours from the elite. The dynamics of these forces could easily subvert democratic reform.

In an attempt to reform the political system, Ahmed’s team has renamed EPRDF the Prosperity Party (PP) and democratised its governance structure. The TPLF, the dominant ethnic party within the EPRDF, declined to join PP and still governs the Tigray region. However, other ethnic parties, such as the Somali Democratic Party (SDP), have merged with PP. A distinct characteristic of the PP is that it’s not a coalition of regional ethnic parties. PP’s agenda is to unify Ethiopians from different backgrounds and reduce the salience of ethnicity in politics.

Two things unite this association: their rejection of the prime minister and the PP’s attempt to reduce the saliency of ethnicity in politics. However, the dearth of common civic vision bodes ill for the cohesion of the group since ethnic politics is susceptible to fragmentation, as the three Oromo parties abundantly reveal. Underneath the ethnic facade are ambitious but sectarian political entrepreneurs who use ethnicity as a cover to attain political power.

Ethiopia’s first free election has been postponed due to Covid-19, and the Electoral Commission has not announced a new date. It is difficult to predict how things will evolve as democratic elections are uncharted terrain for Ethiopia.

Nevertheless, one of two scenarios will prevail, given existing political tendencies. Observers think the opposition will garner a majority of the vote as many Ethiopians suspect PP is the old EPRDF in camouflage, and old wounds of ethnic subjugation are too raw for many people to believe in civic commonalities. Alternatively, reformers may persuade most Ethiopians to endorse the civic agenda. Supporters of civic politics may include many who opposed ethnic federalism, a large section of Oromoota inspired by Ahmed’s rise to power, and other communities who feel liberated by democracy.

If the opposition wins a majority of parliamentary seats, the PP should hand over power to honour its reputation as a democratic reformer. However, the critical question is whether the opposition, which is a coalition of convenience, will have the moral fortitude to hold the country together, and what kind of system of governance they will put into place.

In contrast, if PP is victorious, the coalition of convenience may accuse it of fraud and stoke up unrest. This could potentially instigate violence that may precipitate festering hostilities between ethnic fiefdoms. To pre-empt such a catastrophe, it would be wise to assemble an African-led international team whose integrity is beyond reproach to monitor and certify this historic election. This team must be on the ground at least a month before the election day.

US, EU and UN also urge the two African countries to peacefully resolve their differences over the Grand Ethiopian Renaissance Dam
World
11 months ago

For the first time in 25 years Sub-Saharan Africa is about to go into recession, with many countries in trouble financially even before the pandemic
World
1 year ago
Next Article

RAZINA MUNSHI: An unwelcome record, as SA surges past 100,000 cases

TIM HARFORD: What countries can — and can’t — learn from each other

RAZINA MUNSHI: An unwelcome record, as SA surges past 100,000 cases

TIM HARFORD: What countries can — and can’t — learn from each other