Biovac gets shot in the arm from R9.78bn vaccine contract

Company awarded 85% of an R11.4bn tender for government’s immunisation programme 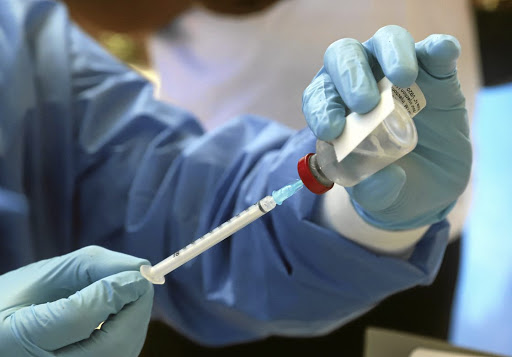 Biovac is a public-private partnership that was established in 2003 to revive SA’s human vaccine manufacturing capabilities, with the state owning 47.5% of its shares and the majority stake held by a private consortium led by Immunotek.

Biovac has up until now enjoyed an exclusive supply agreement with the state, but earlier this year the government switched to an open tender run by the health department and invited rival bids. Part of the rationale for the change was to try to save money by cutting out Biovac as a middleman, which has commanded deliberately generous margins of up to 22% to fund its vaccine development programme.

In August, Biovac said the tender specifications potentially excluded it from bidding at all, threatening its income stream and putting more than 300 jobs on the line.  The development also raised questions about how the government viewed Biovac’s future, since it had invested more than R1bn in the venture between 2010 and 2018.

Earlier this week it emerged that Biovac has in fact won 85%, or R9.78bn, of the new 3½-year contract, according to figures provided by the health department. It has won the supply contracts for shots that reduce the chances of getting tuberculosis, measles, and hepatitis B, and two newer generation multi-valent shots — Sanofi’s Prevenar shot for pneumonia and Pfizer’s Hexaxim, which offer protection against six childhood diseases, including diphtheria, tetanus and polio.

Securing the supply contracts for Prevenar and Hexaxim was particularly important, as Biovac has technology transfer agreements with Sanofi and Pfizer to manufacture these vaccines.

The rest of the tender, which kicks off in July 2020, has been won by pharmaceutical manufacturer GlaxoSmithKline, which will provide vaccines that protect children against rotavirus and the human papilloma virus (HPV).

“The cloud has lifted, and in the medium-term, jobs are guaranteed,” said Biovac CEO Morena Makhoana. Biovac would, however, be forced to cut costs, as it anticipated a 10% knock to its annual revenue with the loss of the supply contracts for rotavirus and HPV vaccines, he said.

Most of the vaccine prices set out in the new tender are broadly consistent with current prices detailed in the master procurement catalogue published by the health department, but the price of the BCG vaccine against tuberculosis has shot up 52%. Makhoana said the hike followed the privatisation of the Danish state-owned vaccine manufacturer from which the product was sourced.

The extent of the interest in bidding, and whether the health department has saved money on the new tender, is unclear as the health department had not responded to these questions at the time of publication. Makhoana said he had been aware that GSK was bidding but he had not been privy to any information about the products for which it was aiming.

He said Biovac planned to begin manufacturing Hexaxim in the third quarter of 2020. Production of Prevenar is slated for 2021, pending approval by the South African Health Products Regulatory Authority.

Almost half of the $2.6bn pledged came from the Bill & Melinda Gates Foundation, as the WHO says it is in the ‘last mile’ of eradicating the virus
World
2 years ago

The new vaccine is the last chance to control the drug-resistant bug that has already infected some 11,000 people and risks spreading internationally
World
2 years ago

New vaccine will be administered to about 50,000 people over four months
World
2 years ago

Biovac Institute may be shut out of R12bn state tender

Biovac Institute may be shut out of R12bn state tender