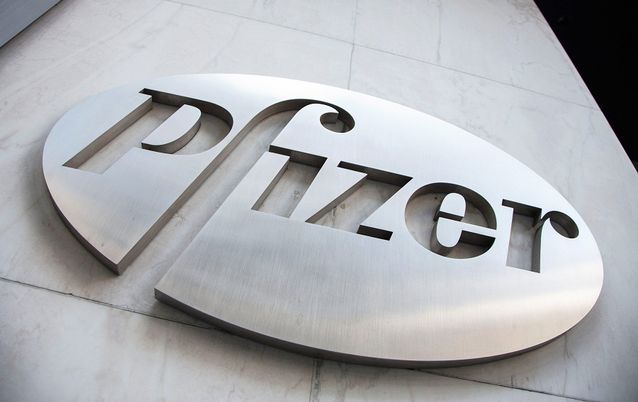 The Pfizer logo at their world headquarters in New York, the US. Picture: REUTERS/ANDREW KELLY

SA’s The Biovac Institute will start local production of Sanofi’s Hexavalent vaccine in 2020 and Pfizer’s anti-pneumonia Prevnar 13 vaccine in 2021, boosting the supply of life-saving drugs in its main market, says its CEO.

Local output of the two vaccines is a step-change for Biovac, a public-private partnership 47.5%-owned by the SA government, with long-term ambitions of expanding sales into the continent.

The new production lines follow years of technology transfers and skills upgrades with partners Sanofi and Pfizer in Africa’s largest pharmaceutical market. The companies were tight-lipped about commercial details of the partnership.

The plant, modernised at a cost of about R1bn, will produce 4-million doses of Hexavalent vaccine a year and has the capacity to ramp up significantly as the company explores new markets in Namibia, Mozambique and Angola, he said.

The SA government buys about 95% of the total 25-million doses of vaccine supplied annually by Biovac, covering diseases such as tuberculosis, cervical cancer and influenza.

Biovac’s dose of Hexavalent, a six-in-one vaccine for several diseases including diphtheria, tetanus and polio, is the only one in the world that is fully liquid, Makhoana said. It does not have to be mixed before injecting, which makes it easier to administer in remote and resource-poor clinics across Africa, he added.

“On this particular six-in-one vaccine, we are the only tech transfer partner with Sanofi in the world, so we are very proud,” Makhoana said.

Sanofi said it will continue to invest in SA’s vaccine programme as it looks to bolster its position.

“South Africa, and Africa for that matter, is an emerging market and showing strong growth year on year and hence will remain a priority for Sanofi,” Merilynn Matthew, who heads Sanofi’s SA vaccines unit, said.

About one-in-five African children do not get immunised, with measles alone accounting for 61,000 preventable deaths a year on the continent, according to the World Health Organisation.

Biovac, the rest of which is owned by a consortium led by local investment holding firm Immunotek, has also made progress preparing Pfizer’s pneumonia vaccine for infants, Prevnar 13, Makhoana said. It expects full output of 3-million doses to start in the first half of 2021.

Under a five-year agreement signed with Pfizer in 2015, Biovac only packaged labelled syringes but is now acquiring the formulation and filling processes ahead of the new product line launch.

“Security of supply is one big issue, and the second is the economic benefits local production brings, while making sure that prices are equally benchmarked and South Africa pays a fair price in line with other middle-income countries such as Brazil or Turkey,“ Makhoana said.

At the partnership launch four years ago, a cabinet minister said the pneumonia vaccine alone used up 40% of SA’s total budget for vaccines, with the government then paying about R185 per single dose of imported Prevenar 13. Each infant will eventually need three doses. Pfizer did not provide the current cost of the vaccine.

Antibody drug conjugates (ADC) are generating excitement with a breast cancer treatment called DS-8201, which has few side effects
World
2 years ago

Superstar companies may not be evil, just good at what they do

Are US giants hoarding patents and research? Are they pushing out underdogs? Or are they simply more efficient, asks Noah Smith
Opinion
3 years ago
Next Article

Philip Hampton to step down as Glaxo CEO ahead of split

Albert Bourla to take the helm at Pfizer

Philip Hampton to step down as Glaxo CEO ahead of split

Albert Bourla to take the helm at Pfizer