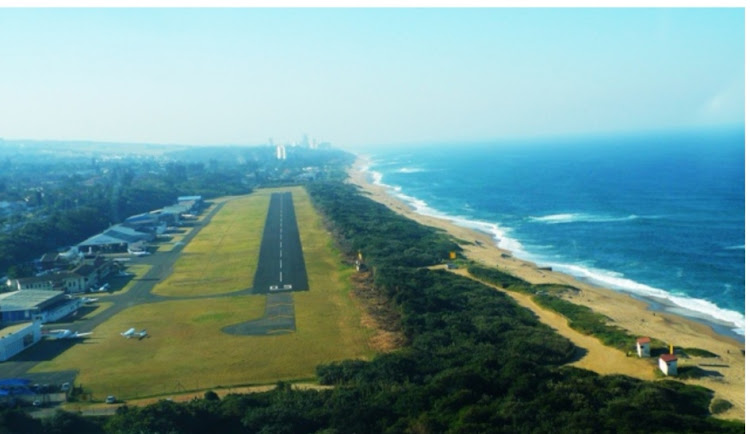 eThekwini’s move to close the Virginia Airport north of Durban has drawn sharp criticism from the DA, the second biggest party in the ANC-led municipality.

Notices were served on several tenants at the airport on Monday in which the municipality’s legal department said lease agreements had lapsed in 2012 and they had been paying “occupational damages”.

“The municipality needs its property. Our instructions are to give you notice to vacate the municipality property on or before February 28,” reads the letter, adding that legal action would be instituted if a tenant remained in occupation after the specified date.

While neither operators nor the municipality responded to a request for comment, it is understood the city plans to repurpose the site for a mixed-use development.

In March 2021 the municipality stated in a call for expressions of interest that redevelopment of the airport would serve to kick-start the city’s economy and relieve some of the impact of the Covid-19 pandemic.

The DA’s deputy chief whip in Durban Nicole Bollman said the party was opposed to the eviction notices.

“The eThekwini municipality has made its intention clear for some time that it plans to redevelop the Virginia Airport into a mixed-use property,” Bollman said. “The DA has been insistent that a proper process be followed and operators be consulted on the way forward.

“The issuing of eviction notices has come as a surprise to the DA, just as they were to the operators receiving them. The development process, when it came into play, would have taken another 24 months to complete.

“It seems eviction notices were given to some operators who do not have current leases.”

Bollman said the airport was “a massive economic hub to the city and a Durban North institution.

“eThekwini’s economy is severely compromised and needs all the help it can get. These notices make no sense and were clearly implemented by city officials taking advantage of the vacuum of committee meetings and ordinary council administration.”

She said the DA has called for an urgent meeting with city officials.

“We will propose that a working committee be formulated which includes city representatives, councillors and other relevant stakeholders.”

The airport was opened in 1959 and was home to the Durban Airshow, which was cancelled a few years ago due to safety concerns.

According to Umhlanga Tourism, the airport has a 930m runway and caters to light aircraft.

Disaster management centre estimates it will cost R3.3bn to repair damage after heavy rain and hail hit parts of the province earlier in January
National
3 months ago

Blue Lagoon/Umngeni Beach remains closed, where E. coli levels are still not low enough for it to be opened to the public
National
4 months ago

Crime and grime as well as the need for a safer, quality lifestyle are pushing people out
Companies
3 months ago

The Litterboom Project’s Josh Redman says the build-up of pollution had been higher on the river’s banks, and ‘finally had a big enough flush of rain ...
National
4 months ago
Next Article