The Litterboom Project’s Josh Redman says the build-up of pollution had been higher on the river’s banks, and ‘finally had a big enough flush of rain to wash it all’ into the river 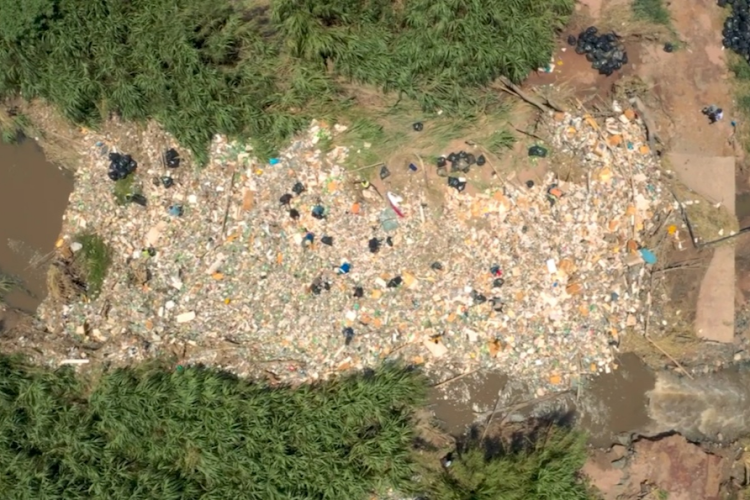 Pollution build-up in the Umhlanga River as seen in this aerial photograph, January 10 2022. Picture: THE LITTERBOOM PROJECT.

A shocking scene of a huge build-up of pollution in the Umhlanga River has been exposed by a Durban conservation body.

A team from the Litterboom Project, a large-scale non-profit river interception programme that attempts to stop plastic pollution ending up in the ocean, discovered a disturbing sight at the river this week when they found a huge build-up of waste, believed to have emanated from communities and industries located further up the river.

On Wednesday, Josh Redman of the Litterboom Project said the build-up of pollution had been higher up on the river banks, and “finally had a big enough flush of rain to wash it all out”.

“It all bottlenecked at this point, luckily, so we have a chance to clear as much as we can before it finds its way to the ocean.”

The Litterboom Project uses large pipes that they anchor across the river, which act as a catchment for all surface level plastics.

They have already successfully prevented more than 300 tonnes of plastic from ending up in the sea through their work in rivers in KwaZulu-Natal and the Western Cape. 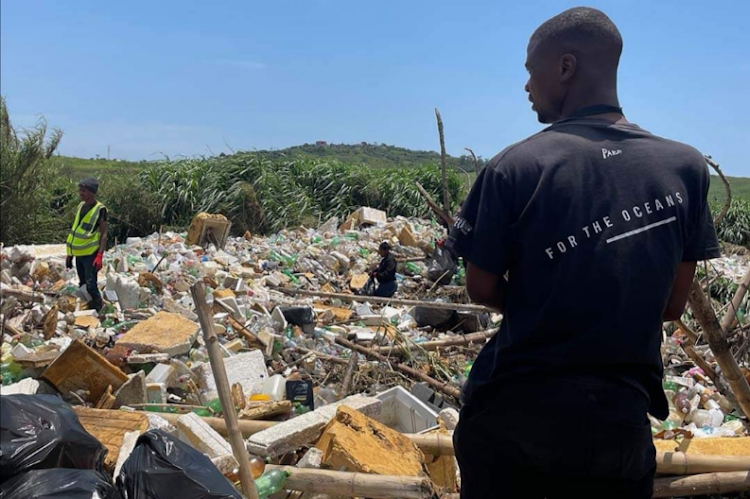 An appeal for donations to employ more clean-up teams has already resulted in R100,000 contributed to the nonprofit organisation.

“This accumulation of rubbish has been building up for the past three years or so. Three years ago we had a similar situation in that exact spot where the rubbish bottlenecked there.

“It was about the same scale we have at the moment. The river runs through Waterloo, Ottawa, Blackburn, all north of Durban.

“We need to start working in these areas to alleviate the build-up, instead of waiting for it to happen and fixing disasters like this.”

Redman said recycling projects and education about pollution was urgently needed in communities to prevent another build-up.

The perennial failure of SA’s municipalities