Judge erred in finding that the applicants had the requisite standing to bring the application, solicitors say 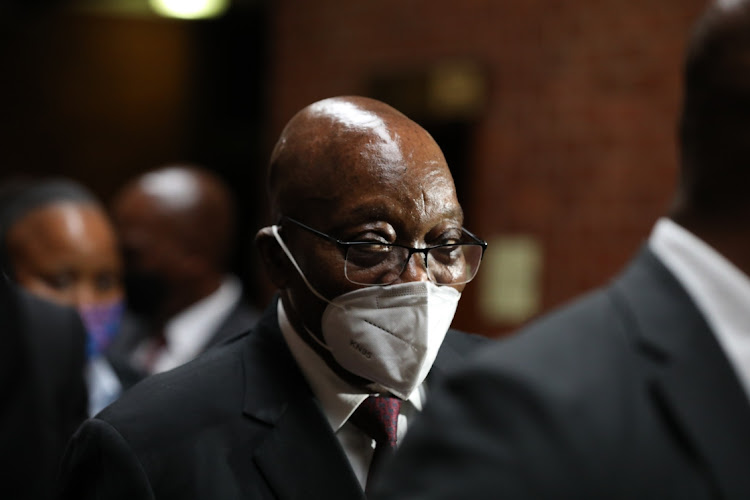 Former president Jacob Zuma has listed more than 10 reasons why his application for leave to appeal against the judgment of judge Elias Matojane on Wednesday has reasonable prospects of success.

Zuma has applied for leave to appeal to the Supreme Court of Appeal (SCA) against the judgment and order passed on Wednesday.

The judgment set aside the decision taken by former correctional services commissioner Arthur Fraser to release Zuma on parole less than two months after his sentence began and ordered that Zuma be returned to prison.

In an application filed a few hours after Matojane’s order, lawyers for Zuma said the judge erred in finding that the DA, Helen Suzman Foundation and AfriForum had the requisite standing to bring the application.

Zuma’s lawyers said the judge committed gross misdirection in not taking into account the overwhelming evidence that no correctional facility in SA is capable of accommodating the undisputed medical needs of Zuma, who is entitled to 24-hour medical care from the state.

His lawyers also said it is a gross misdirection to order the return of Zuma to jail — and to conditions that are far worse than the hospital ward from which his medical parole was granted — on the basis that no prison could adequately cater for his constitutional rights.

“This is tantamount to the death sentence, which was abolished in 1995 in SA,” his lawyers said.

They also said the judged erred in taking “into account the irrelevant offence for which Mr Zuma was sentenced, [that is] that he ‘defied the Zondo commission, the judiciary and the rule of law and is resolute in his refusal to participate in the commission’s proceedings’.”