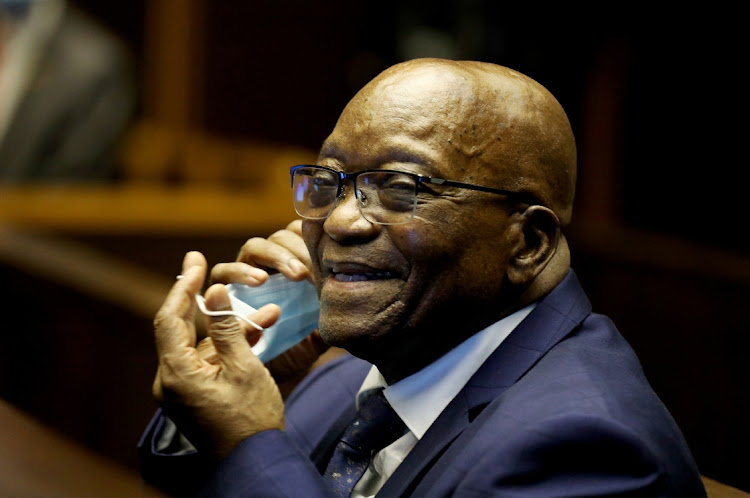 Former president Jacob Zuma has filed an application for leave to appeal a high court order sending him back to jail, his spokesperson has said.

Judge Keoagile Matojane reviewed and set aside Fraser’s order, and directed that Zuma return behind bars to fulfil the remainder of his 15-month prison sentence.

Matojane ruled that Zuma’s two months on medical parole, from September to December, do not count towards his serving time for contempt of a Constitutional Court order. Zuma was sentenced to imprisonment by the highest court in SA after he defied its instruction he testify at the state capture inquiry.

According to the spokesperson of Zuma’s eponymous foundation, Mzwanele Manyi, Wednesday’s application was launched “on the grounds that the judgment is clearly wrong” and “there are strong prospects that a higher court will come to a totally different conclusion”.

Manyi cited section 17 of the Superior Courts Act, which includes seven subsections on grounds for leave to appeal. Obtaining leave to appeal is a preliminary step to arguing for an appeal outright. A court thus may or may not grant an applicant an audience — or leave — to argue why the court should reconsider a decision the applicant aims to overturn.

Meanwhile, the prisons department is seeking a legal opinion on a high court order sending former president Jacob Zuma back to jail to serve the remainder of his 15-month term.

On Wednesday morning Matojane ruled that Fraser’s decision to grant Zuma medical parole three months ago was unlawful. He set it aside.

Zuma began serving his sentence at Estcourt prison, about two-and-a-half hours’ drive from his Nkandla homestead, on July 8. Fraser granted him medical parole on September 5.

As the court order reads that Zuma’s three months on medical parole do not count toward his serving jail time, Matojane’s ruling may see Zuma serve 13 months remaining of his sentence.

Zuma’s imprisonment in July, after defying the apex court order, was followed by wide-scale rioting and looting in KwaZulu-Natal and Gauteng. The insurrection led to more than 300 deaths, many of them murders, and about R50bn in economic losses. It was one of the major drivers of the rise in official unemployment to a rate of almost 35%.

The court’s decision will also shine the spotlight on the country’s security agencies after their catastrophic failure to anticipate and prevent the mayhem in July.

Counsel for the prisons commissioner, as an official office bearer, defended Fraser’s decision when the high court heard oral arguments on November 23.

The prisons department’s legal advisers will “study the judgment and put together an opinion for the institution to make a decision”, said Nxumalo. Asked if the department will be seeking to establish whether there are grounds to launch an application for leave to appeal on an urgent basis, he said an announcement will be made “in due course”.

Matojane ruled in the favour of three parties who brought separate applications challenging Fraser’s decision to release Zuma on medical grounds against the findings of the official medical parole board.

The cases were brought by lobby group AfriForum, the DA, and non-government organisation the Helen Suzman Foundation.

It is not the commissioner but the medical parole board that “is the statutory body to recommend in respect of the appropriateness of medical parole to be granted or not”, Matojane wrote.

LETTER: Why is ‘sick’ Zuma swanning around?

LETTER: Why is ‘sick’ Zuma swanning around?