Limiting early access to pensions will spur people to save more, Treasury says

‘The point is we will increase the sweat factor so people apply their minds before withdrawing their funds,’ Ismail Momoniat says 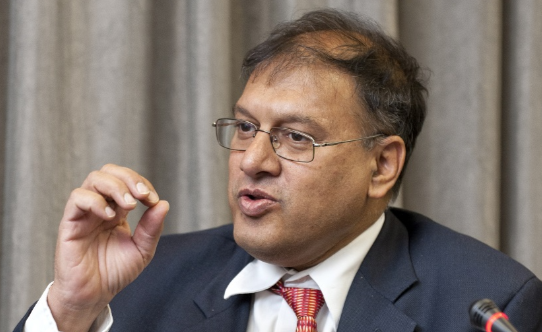 A planned overhaul of SA’s retirement-fund rules is primarily aimed at encouraging people to save more and will provide very limited scope for them to access their pensions early, deputy director-general for tax and financial sector policy at the Treasury Ismail Momoniat says.

The reforms have been on the agenda for almost a decade, but gained momentum after the Covid-19 pandemic upended the economy and pushed the unemployment rate to a record high.

That has led to mounting calls on the government to make retirement provisions more readily accessible — a step that could have dire socioeconomic consequences if mishandled and pensions are frittered away. “The focus of our retirement reforms is not on withdrawals, the focus is on getting South Africans to save more” and preserve their contributions, Momoniat said in an interview.

“We haven’t finalised the details yet, but the point is we’ll increase the sweat factor so people apply their minds before withdrawing their funds.”

Chileans have demonstrated why adjusting pension-fund rules needs to be approached with extreme caution. They have withdrawn about $50bn in savings following the adoption of enabling legislation, draining funds from capital markets and raising concerns about the adequacy of their retirement provisions.

South Africans are currently only able to withdraw or transfer their pension funds if they resign, retire or become unemployed. The government may tweak tax rules to discourage people from drawing down their savings, or cashing out when they change jobs, and will only allow them early access to a portion of what they’ve set aside.

“We could say one-third of your savings goes towards that pot and that’s the maximum you’ll ever be able to withdraw before retirement,” Momoniat said. “Those members who expect to withdraw large lump amounts are going to be disappointed, frankly.”

A consolidation of retirement funds is also on the cards — a change that will increase their efficiency and reduce costs, as are measures to bring a bigger proportion of low-income earners into the savings net. The country has about 1,500 active funds and 3,500 dormant ones.

While the Treasury supports the establishment of a comprehensive social-security system, it considers that to be a long-term objective. So far, it has shied away from endorsing proposals by the department of social development that companies and workers be compelled to contribute as much as 12% of their earnings to a fund that could provide unemployment, retirement and disability benefits, saying they need further debate.