Single seaters and supercars are aiming to beat the 35.528-second benchmark in Knysna at the weekend 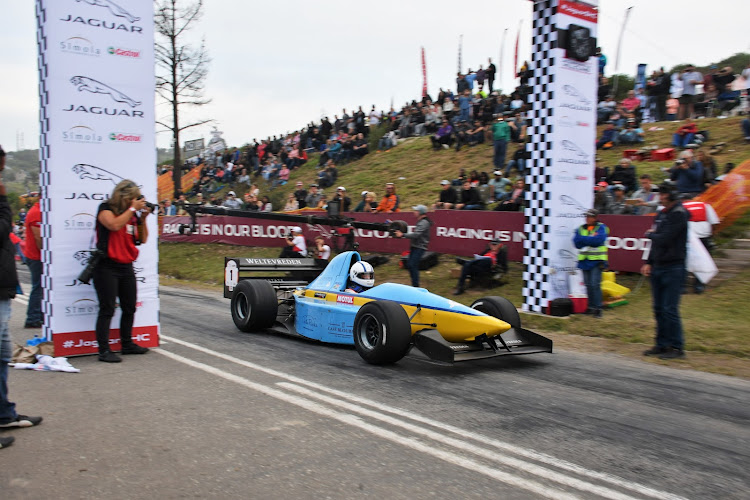 There's anticipation for records to tumble at the 2021 Simola Hillclimb.
Image: Supplied

Motorsport enthusiasts are eager to see if the outright King of the Hill record will tumble this year at the 11th edition of the Simola Hillclimb taking place from Friday to Sunday in Knysna.

The event has been postponed three times since its original schedule for May 2020 due to the Covid-19 pandemic, and the event will not be open to spectators. However, the entire event will be live-streamed.

The single-seater and sports prototypes category holds the overall record for the event, with Andre Bezuidenhout having set the quickest time to date in 2018.

Despite it being his first outing in the 2007 Gould GR55 V8 single-seater, a lightweight vehicle purpose-built for hill-climbing events, Bezuidenhout set a time of 35.528 seconds for 1.9km course, which he completed at an average speed of 186.052km/h.

Accordingly, all eyes will be on the time sheets when Bezuidenhout launches the Gould up the Simola Hill during Sunday’s Class Finals, followed by the all-or-nothing Top 10 Shoot-out for King of the Hill glory.

His closest challenger for overall honours and the Class C3 title for naturally aspirated single-seaters (five cylinders and above) could once again be Robert Wolk, albeit in an older and much less sophisticated car.

The multiple Formula Ford champion has switched from the Ferrari-powered A1 GP car used in the previous two events to a 1989 Pillbeam Ford MP58, powered by a 3.5l naturally-aspirated V8 — the car that was driven by Investchem team owner Ian Schofield in the 2019 Classic Car Friday event.

One of the headline acts will be reigning champion Franco Scribante in his 2016 Nissan R35 GT-R. Scribante claimed the 2019 title by setting a new class record of 39.342 seconds with this car. 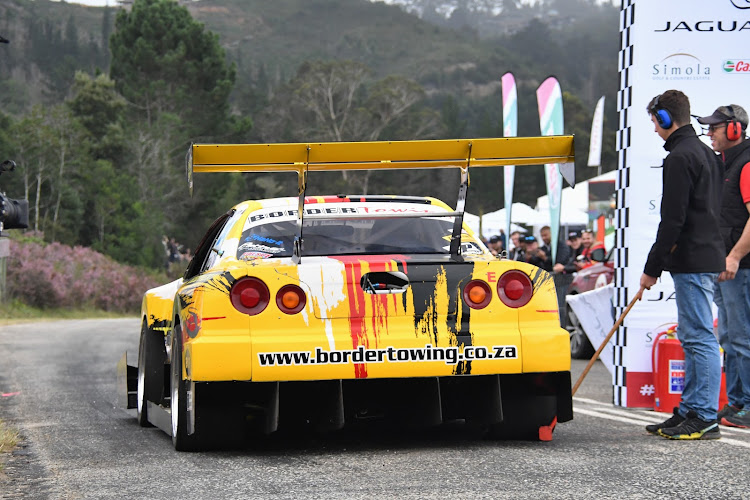 Martin van Zummeren in one of several Nissan GT-Rs that will compete in this year's Simola Hillclimb. Picture: SUPPLIED

As impressive as this time is — it beat three-time Simola Hillclimb winner Wilhelm Baard in another wild Nissan GT-R in the Top 10 final by just over a second — Scribante has bigger and bolder plans for his monstrous multi-winged car.

“Our ultimate aim is to be the fastest overall up the hill, across all classes,” he says.

Scribante’s rivals will need to be on the top of their games, and they are certainly bringing out the big guns. Class B5 (“unlimited” four-wheel drive cars) features other highly modified and powerful Nissan GT-Rs, driven by Baard and three-time Road Car and Supercar winner Reghard Roets, who is making the switch to the Modified Saloon Car category this year.

They will be joined by five other Nissan GT-Rs from several top contenders, including Darron Gudmanz (1992 R32), Jody van Zummeren (1994 R32) and Martin van Zummeren in his 2002 R34. Adding some spice to the class will be the 2021 Audi TTRS of Brendon Robson Parsons and Aldo Scribante in the former SA Production Car championship 2011 Audi S4. 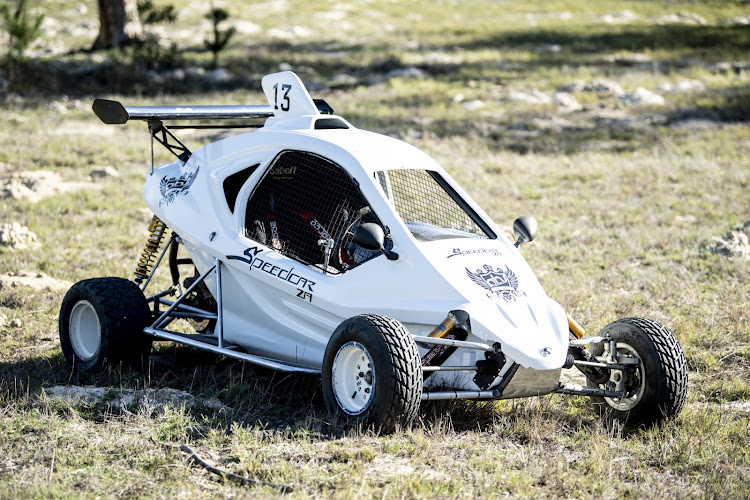 There are two intriguing newcomers this year, in the form of the SpeedcarZA Extreme cross-karts produced by Industrias Lahoz in Spain, and prepared in Cape Town by rally driver Ashley Haigh-Smith. Though small, t the thoroughbred machines are specially designed for autocross and hill-climbing.

Powered by Suzuki 600cc motorcycle engines, they are exceptionally light and agile and will certainly mix things up in the class.

Megan Verlaque, a former SA championship rally driver who now competes in the east African Safari Classic rally in Kenya, is driving one of these machines.

Behind the wheel of the second car will be former motorcycle and clubmans racer Terry Smith. Despite being paralysed from the chest down after a motorcycle accident in 2019, Smith doesn’t let his physical disability get in the way of his racing passion.