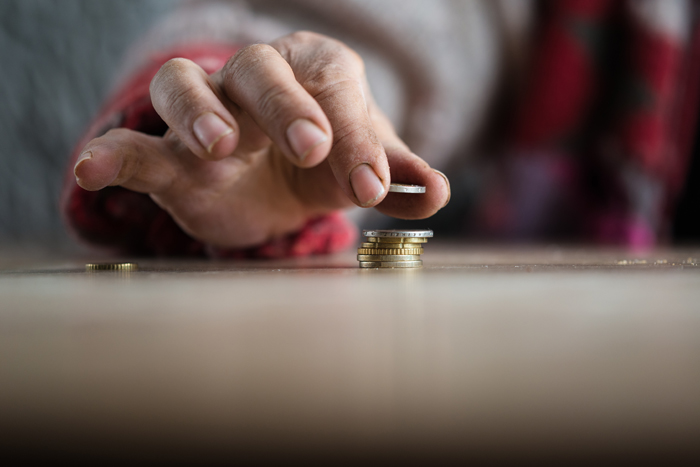 If you want to start a middle-class revolution in SA, start messing with people’s pensions.

Yesterday’s announcement from the department of social development that it is working on a proposal that SA employees should be forced to allocate 12% of their earnings to a government-run pension fund was met with predictable outrage.

You can understand why. As marketing expert Mike Sharman put it: “Great idea … if your government isn’t run by a bunch of crooks.”

In many ways, it is a great idea: SA has a woefully low savings rate — partly because we have such staggeringly high levels of unemployment (43.2% at last count), partly because the cost of living is becoming extraordinarily high and partly because we are a consumerist society to the core.

This all becomes a problem for individuals when they are no longer able to support themselves after their retirement. So forcing people to save a portion of their money would seem to be justifiable.

But here’s the caveat: so lamentable, wasteful and crooked has the government’s track record been in managing the public purse that you can easily understand the level of revulsion at the thought that not only is the state gunning for up to 45% of your salary, it now wants to swipe a portion of your after-tax income too.

The green paper is a chunky 89 pages long, and pension proposals are part of a comprehensive package of social security measures the state has been toying with since the Taylor report into social security reforms was published in 2002.

In that paper, the department argues that the biggest gap in SA’s social security system is the absence of a “mandatory contributory public social security fund” that provides retirement, disability and survivor benefits to the workforce.

Its remedy? It wants a proportion of all workers’ retirement contributions on earnings to go to the mandatory fund rather than to their present retirement arrangements.

“As a result, occupational and voluntary funds will compete for supplementary savings over and above workers’ contributions to the [National Social Security Fund],” it says.

Off-handedly, it adds: “Existing pension and provident funds, including defined-contribution plans offered by most companies and defined-benefit public-sector funds, will need to adapt their contribution and benefit structures to take account of the new mandatory social security arrangement.”

Fatally for the department, however, this fails to recognise that the government hasn’t been able to run any fund like this successfully.

The Road Accident Fund is a disaster, and we all know what a crippling mess the Unemployment Insurance Fund has been in paying out Covid relief over the past year. But rather than admit it simply can’t do the job, the government seems to want to double down on its ineptitude.

It doesn’t help that the green paper is peppered throughout with a thinly veiled us-and-them ideology.

This ham-fisted attempt at logic eloquently encapsulates the intellectual poverty in the department of social development. It ignores completely that higher income earners have earned this money in the first place, and then had a marginal tax rate of 45% applied to it. And it ignores the fact that the increasingly rare higher-income earner is supporting a ballooning number of dependants.

Miscalculating trust in the state

The deeper question is: how confident does this plan make you feel about the future? With its usual tin ear, the department of social development has published this plan without any apparent awareness of just how fragile trust in the state is right now.

For one thing, it is clear the government wants the tax system to play a “central role” in the new social security system by ensuring that any contributions you make to the social security fund (and supplementary arrangements) will be tax deductible.

Which may be great — until you read the line that says: “Such tax will only be paid when benefits are paid out, and not during the accumulation phase.”

In other words, you’ll only be able to get the tax benefit years later. But who, given the conduct of the state over the past 15 years, would trust that it will honour its word when it comes to the final payout? Who is truly confident the state will even have the money to stump up, when the time comes?

Neither is it clear who will actually appoint the board members of the fund, nor who will nominate the CEO or the management.

These include that stakeholder appointees can be “experts trusted by the nominating stakeholder”.

Board members will have “the obligation — under punishment liability — to focus on the best interest of the fund”, and “should also meet the fit and proper requirements of honesty and integrity, competency and experience, operational ability and solvency”.

And yet, these were criteria that have been applied to the boards of just about every failed government-run fund and state-owned enterprise. And it didn’t help then.

There are other critical as-yet unanswered questions too, such as the following: Who will build the systems responsible for this megafund? And will it be free to invest in JSE-listed assets, or will it be cajoled into investing in the state’s own development projects?

Much of the plan sounds fine — in theory. It is indisputable that SA needs a stronger social security net that is sustainably funded; and the aims are laudable.

However, for a nation that has seen hundreds of billions of rands that were meant to be spent on citizens siphoned away into the pockets of the rent-seeking predatory elite, you couldn't blame South Africans for suspecting this is just another raid on their rapidly diminishing wealth.

Treasury says no early access to pension savings before 2022 and the R1.9-trillion Government Employees Pension Fund will be excluded
Economy
9 months ago

Ubank still open for business after being placed in ...

TOM EATON: If you sup with the devil, don’t call your ...