The budget may please investors and analysts, but unions are unlikely to be impressed 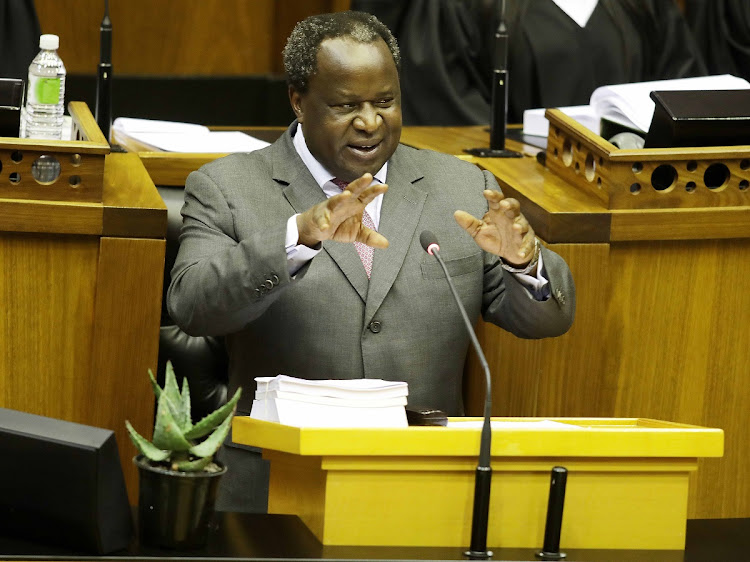 LISTEN | Budget in a nutshell: will government stick to its guns?

A huge cut in the public-sector wage bill, setting the ANC government up for a mighty fight with its union allies, is the standout item in finance minister Tito Mboweni’s budget.

Ratings agencies might be less impressed with the budget deficit and deficit numbers.

In what it described as “a major step towards fiscal sustainability”, the government proposed cutting expenditure over the next three years by R156.1bn compared with its 2019 projections.

With interest payments consuming 15c of every rand the government raises through tax, and set to be above what is spent on health by 2023, the Budget Review called for drastic action to arrest the slide.

Mboweni aims to do so by tackling what most economists suggested would be a red line for the parts of the ANC alliance that catapulted Cyril Ramaphosa to the party’s presidency late in 2017.

A R160bn drop in the remuneration costs for national and provincial administrations and other public bodies will account for the bulk of the anticipated R261bn in savings, equivalent to 1% of GDP for the next three years. This will be somewhat offset by a R111bn increase in allocations for ailing state-owned state enterprises (SOEs), mostly Eskom and SAA.

Before the budget on Wednesday, economists had predicted that Mboweni would fail to win political support for spending cuts that would be enough to appease Moody’s Investors Service, the last ratings company to have SA on investment grade.

While the budget may please investors and analysts, it is likely to be resisted by unions, with the budget review citing the renegotiation of existing deals and a new round of talks among the biggest risks to its whole fiscal framework.

“This target can be achieved through a combination of modifications to costs-of-living adjustments, pay progression and other benefits,” the Budget Review says.

Ian Stuart, the acting head of the budget office, acknowledged that the negotiations would be tough and subject to political processes. Mboweni later said he was confident that labour and government would find each other. For markets, the question will be whether Ramaphosa will stand by him in the face of tough negotiations and possibly even strikes.

A lack of tax increases, a recognition by the government that there is only so much it can squeeze from taxpayers amid a weak economy and dwindling corporate profitability, was another surprise, with some private-sector analysts having predicted a VAT increase to plug the government’s gaping fiscal gap.

Not only did the government not increase taxes for SA’s struggling consumers and companies, individuals were handed unexpected relief through above-inflation adjustments to tax brackets. Leaving the brackets untouched as it did in 2019, would have handed the state an extra R12bn in revenue, meaning the economy got an unexpected R14bn boost.

“We are worried about the impact on growth,” said Treasury deputy director-general Ismail Momoniat.

“In this economy, you can’t strangle growth,” he said, adding that the government would have liked to cut corporate taxes if the fiscal space had allowed it.

With little sign of improvement in the economy and therefore the debt profile, it remains to be seen if the budget will convince Moody’s.

The budget slashed the final GDP growth forecast for 2019 to 0.3%, slightly lower than the SA Reserve Bank’s 0.4%, with power cuts from Eskom being the main culprit at a time when the global economy faces fresh headwinds from the coronavirus outbreak.

As a result of the subdued growth, the government sees tax revenue for 2019/2020 coming in R63bn lower than what was projected a year ago, with the state reluctant to pencil in any extra money from the rehabilitation of the SA Revenue Service (Sars).

Government failures during Tom Moyane’s reign at Sars detailed in the final report of the Nugent commission, were cited among the reasons for previous shortfalls that led to a VAT hike in 2018.

Sars commissioner Edward Kieswetter said “we have low hanging fruit to pursue” related to strengthening the authority, and improving compliance rather than changing tax rates to boost takings.

Slow growth and revenue shortfalls will translate to budget deficits over the next three years that are set to stay above 6%, peaking at 6.8% in 2020/2021 and falling to 5.7% in the year ending 2023, all of which will see sharp increases in government borrowing to almost R500bn, including the repayment of existing debt, in 2022/2023 from just more than R400bn.

Not surprisingly the debt-to-GDP ratio, a key measure watched by ratings companies, will continue to deteriorate from 62% in the 2020 fiscal year to 72% in 2022/2023, up from just above 20% a decade ago, before the government ramped up spending in response to the global financial crisis and in infrastructure projections linked to the 2010 World Cup.

A downgrade by Moody’s, which is due to review SA’s rating late in March, could be devastating for the country and could see the government’s financial situation deteriorate even further as the outflow of money from the country’s bonds markets pushes up borrowing cuts, leaving even less cash available for key services such as health and education.

The review was part recognition of the dire fiscal situation government finds itself and part of a call to arms as it repeated calls for a quick implementation of microeconomic reforms contained in the Treasury strategy document released in August 2019.

Its modelling of growth scenarios could not be clearer: adopt the policies in the statement and see growth accelerate to about 2% in 2022, and do nothing and end up with about half that as more cash goes to distressed SOEs and borrowing costs, while confidence and investment take a hit.

While the public-sector wage bill took the brunt of spending cuts, there were some eye-catching reductions, including the slashing of allocations to human settlements, health and education infrastructure.

On the potentially contentious promises of a state bank and sovereign wealth funds, these were elegantly thrown down the road with promises and highlighting the responsibility of the Prudential Authority in issuing banking licenses.

During the press conference before the budget presentation, David Masondo, the deputy finance minister, had a message for the unions that the wage bill is one of the biggest factors driving the cost of providing services while a downgrade was more than just about costs to government, but for businesses across the economy and their ability to employ more people.

Cash injection for NPA, SIU and Hawks to fight corruption

The intention is to encourage investment, improve SA’s competitiveness and reduce the appeal of base erosion and profit shifting
National
1 year ago
Next Article

Mboweni has little wiggle room for wrangling our fiscal fiasco

Mboweni has little wiggle room for wrangling our fiscal fiasco