‘In my view, it’s unlawful [to show the destruction of property], I follow what the law says,’ the axed SABC COO says 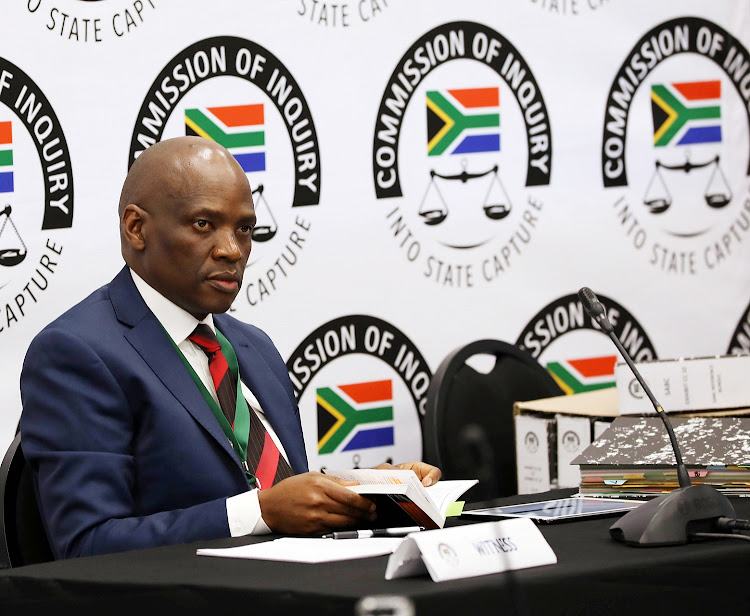 Former SABC strongman Hlaudi Motsoeneng has stood by his controversial decision to censor news at the cash-strapped public broadcaster.

“It was my role as COO of the organisation to take that decision. Wrong or right, you make your own finding. I take ownership ... of what I did,” Motsoeneng said on Wednesday.

This was his second day of giving evidence before the state capture commission, chaired by deputy chief justice Raymond Zondo, in Johannesburg.

Motsoeneng was sacked by the public broadcaster in June 2017 after he was found guilty of bringing the SABC into disrepute during a controversial media conference. During that briefing, Motsoeneng defended his 90% local music content quota‚ criticised a parliamentary ad hoc committee probe that looked into problems at the SABC‚ and insulted an interim board member at the time.

Motsoeneng’s controversial policies, particularly the 90% local music quota, are said to have contributed to the financial mess at the SABC. The broadcaster has asked for a R3.2bn government guarantee to stay afloat and to pay off some of its debt but its bid for funding has so far been unsuccessful, largely due to its failure to meet some of the Treasury’s strict preconditions.

His testimony at the inquiry follows that of some of the SABC8, who were fired for speaking out against censorship at the broadcaster under Motsoeneng. The labour court eventually overturned their dismissals.

The inquiry heard from Krivani Pillay and Foeta Krige how Motsoeneng, a key ally of former president Jacob Zuma, interfered in the functioning of the SABC newsroom for political interests, ruled the broadcaster by decree, protected Zuma and the governing ANC from criticism, and ruthlessly dealt with those who stood in his way.

On Monday, Motsoeneng told the commission that “it was my job to interfere [in the running of the newsroom], [journalists] say they are independent. Independent to who?”

Continuing his testimony in the hot seat on Tuesday, he explained that the decision that the SABC should stop showing footage of violent protests on air was informed by the Broadcasting Act, saying: “It's in the act, you can't glamorise the visuals of violent protests”.

He said the decision demonstrated that the broadcaster was responsible and accountable.

State capture commission evidence leader Thandi Norman asked Motsoeneng whether anyone who differed with the directive not to broadcasting visuals and audio of destruction of property during protest action had to be disciplined?

“Not at all,” replied Motsoeneng, to which Norman retorted: “Then explain the SABC8 that was fired for failing to comply with that decision?”

Zondo interjected and asked Motsoeneng whether he in fact accepted that the SABC took a decision that it would no longer show the destruction of property by protesters.

Motsoeneng said: “It was correct that I took that decision. When you destroy schools … our children won't have schools. There is also a shortage of resources [in SA]”.

Zondo agreed with him, saying: “[The] destruction of property is unacceptable.”

He then asked Motsoeneng whether he shared the view that it would have been wrong for the SABC to ban visuals of violent protests.

“In my view, chairperson, it's unlawful [to show the destruction of property], I follow what the law says,” he said, referring to Norman's question, noting: “I never said [journalists] should not cover these protests”.

Zondo then asked if Motsoeneng had said anyone who was not prepared to adhere to the decision would have to find a job elsewhere.

“I said this because some people within the SABC, their mentality was still the old mentality. You can't work with people that work against issues that the corporation wanted to achieve … Yes, I said [it],” Motsoeneng responded.

In August 2019, a report of an independent inquiry established in 2018, chaired by veteran journalist Joe Thloloe, showed there was editorial interference from 2012 to 2017.

While there was no evidence of a direct line between decisions at the ANC's Luthuli House headquarters and decisions in the newsroom, the report found that “the spectre of the ANC hovered over the newsroom”.

It also found that SABC executives took instructions from people with no authority in the newsroom, for example, then SABC board chair Ellen Tshabalala and Faith Muthambi, who was communications minister at the time.

‘In the SABC no one was better than me … It's an insult to say I'm not educated,’ the axed SABC COO said
National
2 years ago

SABC broadcasts wrong address to the nation by Cyril Ramaphosa

Howa, former CEO of the Guptas' Oakbay, boasted about a ‘very sweet deal for archives’ that the Guptas had clinched with the SABC
National
2 years ago
Next Article