Despite the government's love of coal, it allows that SA needs to move towards cleaner energy 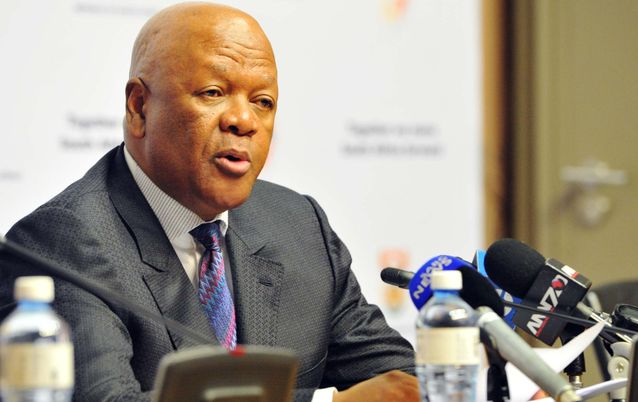 Municipalities are keen to generate their own power, although on a small scale, the energy minister said in his keynote address at the 2019 Africa Energy Indaba on Tuesday.

“As wholesale electricity tariffs rise, or as we fail to provide electricity for the residential sector, we can expect more rooftop photovoltaic (PV (solar)) systems, bio-gas, waste to energy, and wind turbines to be installed at municipal level,” he said.

Eskom is seeking an annual tariff increases for the next three years of 17.1%, 15.4% and 15.5%, respectively, as it struggles to keep the lights on and pay off a more than R419bn debt burden.

Finance minister Tito Mboweni is expected to announce a bailout for the utility in his budget speech on Wednesday. Earlier this month, President Cyril Ramaphosa announced the entity would be unbundled into three business units in a bid to secure its future sustainability.

But Eskom is also suffering the effects of its death spiral — where increasingly affordable alternative power technologies are encouraging consumers to defect from the national power grid.

“We need to arrest the steady decline in electricity demand over the past few years, and the lower economic activity coupled with rising electricity tariffs, that has tended to put Eskom into an untenable situation, characterised by increasing debt and increasing tariffs,” Radebe said.

Asked what the key priority for his ministry is, Radebe said it is very clearly job creation, especially if one considers SA’s unemployment rate of 27.2%, with half of that being young people. “Energy can play a catalytic role in improving economy growth,” he told delegates.

Jobs have been a point of contention between various power generation technologies competing for market share in SA’s energy sector. Labour unions have decried increased uptake of renewable power because of the resultant job losses in the coal sector.

Radebe said another top priority is to finalise the long-awaited Integrated Resource Plan (IRP), which will determine SA’s energy mix into the future. The draft document proposes a reduced reliance on coal-fired power with wind and solar, supported by gas, seen as the preferred “least-cost option”.

There have been calls from environmentalists for coal-fired power to be scrapped from the IRP altogether. Radebe, however, said coal still plays significant role in the economy, although he conceded SA should not be oblivious to global trends and needs to move towards cleaner energy.

Radebe noted that the costs of renewable energy in SA have come down dramatically, but new technology is key to overcome challenges with renewable power such as wind and solar — mainly that it’s intermittent and cannot be stored.

It is hoped that the president, in his state of the union address, will provide policy certainty about the country’s vital energy sector, writes ...
Opinion
3 years ago

STUART THEOBALD: Independent power producers are a solution to Eskom’s woes, not a cause

Cosatu’s claim that IPPs are 'draining' Eskom is wrong, since it earns bigger margins on new IPP generation than its own new fleet
Opinion
3 years ago

So-called unbundling has not worked in other parts of the world, which are scrambling to "rebundle" their utilities, writes Sean Sweeney
Opinion
3 years ago

Mired in financial crisis, utility battles to keep going when it should be fully focused on fresh technologies
Opinion
4 years ago
Next Article

CAROL PATON: Why what happened last week at Eskom was not sabotage

This is why Eskom is in so much trouble

CAROL PATON: Why what happened last week at Eskom was not sabotage

This is why Eskom is in so much trouble