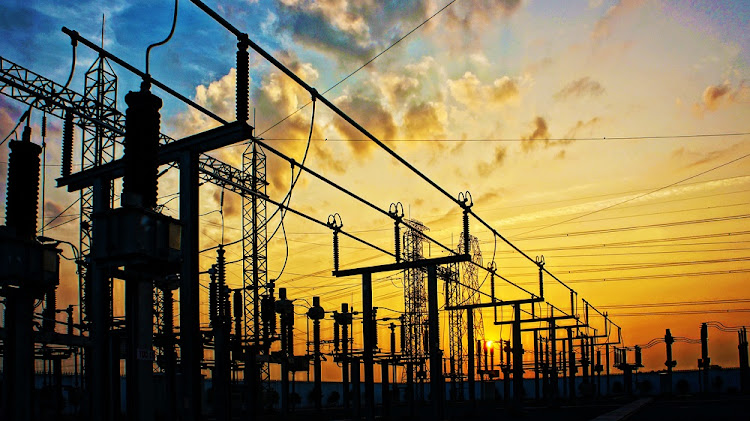 An electricity network at a transformer station at sunrise. Picture: ISTOCK

SA is looking to spend billions of rand to secure energy from megaprojects elsewhere in Africa at a time when state power utility Eskom is broke and struggling to supply enough electricity.

The government has signalled willingness to buy 5,000MW of power from a planned $18bn hydropower project in the Democratic Republic of Congo, double what it agreed to take in 2013.

It also wants to bring natural gas from northern Mozambican offshore fields to Gauteng, possibly via a 2,600km pipeline that could cost as much as $6bn.

This import strategy is a risky one for SA, which desperately needs to fix a power deficit that has resulted in rolling blackouts, curbed economic growth and stifled investment.

The DRC and northern Mozambique have been plagued by political instability that could delay or derail their projects. If they do come off, that could trigger significant capital outflows and counter an inward-investment drive led by President Cyril Ramaphosa.

“The commitment towards these projects is thus motivated by political and ideological reasons, rather than sound business decision-making.”

Large-scale energy projects in SA have been a drag on the economy. Eskom, which supplies more than 90% of the nation’s power, is building two of the world’s largest coal-fired power stations that should add 9,600MW to the national grid once complete.

The Medupi and Kusile plants were supposed to be fully operational by 2015, but are running years behind schedule and their projected cost has more than doubled to R292bn.

The DRC’s Grand Inga project, which is eventually intended to harness as much as 40,000MW of electricity from the Congo River, appears even more precarious — it’s been in the offing for more than a decade but its development has been stalled repeatedly.

In October, Congo’s government named Chinese and Spanish groups as co-developers of the first phase — an 11,000MW facility known as Inga 3. About 3,000km of power lines spanning multiple borders will have to built for it to supply SA and the distance will result in transmission losses.

Piping gas to SA from offshore northern Mozambique was mooted five years ago, but there is no clear indication that the project will get the go-ahead, despite energy minister Jeff Radebe backing it.

Mozambique’s government and China Petroleum Pipeline Bureau have been mentioned as possible investors.

The government’s ambitions of sourcing energy from other African countries are not limited to electricity — it’s also signed an agreement to invest $1bn in oil projects in South Sudan, which is emerging from a civil war. The final amount of investment will be informed by feasibility studies, according to Radebe’s office.

With Ramaphosa aiming to lure $100bn in investment for SA over the next five years, and with $25bn  directed at the energy industry, the government’s interest in projects abroad could be sending a wrong message, according to Mike Schussler, chief economist at research group economists.co.za.

“South Africa better not advertise its investment from the government side in more and more projects, or big projects, or in other countries when we’re failing to attract our own investment,’’ Schussler said.

Foreign direct investment inflows into SA slumped to $1.37bn in 2017, the least since 2006, World Bank data shows, largely due to the policy missteps and corruption that prevailed during Jacob Zuma’s presidency.

The ANC forced Zuma to step down in February last year and replaced him with Ramaphosa, who has made reviving the economy a top priority.

Economic growth remains weak and confidence has retreated after an initial surge. FDI flows showed an improvement for the first three quarters of 2018.

Radebe's office said SA’s negotiations with Congo about securing power from Inga were commercially sensitive. Options for purchasing gas were being costed and no decision had been made on sourcing.

SA was interested in investing in several oil-producing countries to secure its fuel supply, and feasibility studies still had to be done to determine how much would be spent, it said.

Jonker said the investment process followed by the government thus far had been lacking and had not taken SAs energy needs into account.

“There is often a lack of sound due diligence or project planning before the official commitment is given, usually during a high-level visit and elaborate signing ceremony of some kind,” he said.

SA committed to purchasing 2,500MW from the hydro power plant in a 2013 treaty between the two countries
National
3 years ago

The project, driven by three construction giants from Spain and China, has been embroiled in controversy since it was announced
World
3 years ago

Hoping for an oil and gas bonanza

Hoping for an oil and gas bonanza