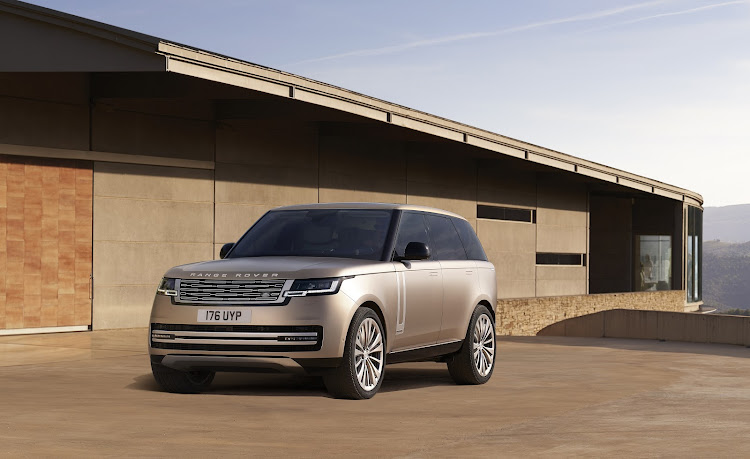 Images of the new Range Rover leaked out last week, so it’s likely that you’ve already seen it and probably heard a few jokes about a leaking Land Rover, but here are the official images of the new model that is now in its fifth generation.

We also have the full lowdown because a few weeks ago we were given access to the new luxury SUV by the people who created it at Jaguar Land Rover (JLR) HQ in Gaydon, England.

We will have to wait a while for it as it will only go on sale in SA in the second half of 2022 when we will get both short and long wheelbase versions, the latter featuring seven seats for the first time in the Range Rover’s history.

There’s big news in terms of powertrains too, with SA getting a 3.0l diesel and a V8 petrol while a plug-in hybrid electric vehicle (PHEV) version will arrive in 2023. A pure-electric Range Rover is set to join the line-up in 2024.

The headline here though is that the Range Rover will not have JLR’s usual 5.0l supercharged V8, but BMW’s 4.4 TwinPower turbo. It’s been fettled by the team at JLR, part of an engineering collaboration between the two automakers that has been going on for a few years, says Nick Rogers, director of engineering at JLR.

The new PHEV for the first time has an electric-only range of up to 100km. That’s impressive and means it will stay in electric mode long after models like the Bentley Bentayga and Porsche Cayenne have had to switch to their internal combustion engines. It can also stay in EV mode all the way up to 140km/h. 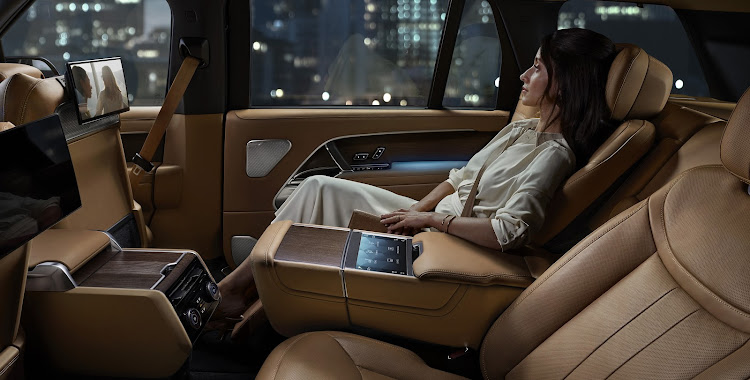 It’s part of a big upgrade in engineering and tech with the new Range Rover that has required the registration of 125 patents. A few of these are in the rear lights, which are now completely hidden inside the sides of the black arch in the tailgate. Generally darkened tail lights will get you a fine from your local metro police, but Rogers and his team have been really clever. They’ve turned the LEDs in towards the car so they shine onto mirrors which magnify the light and then shoot it back through the dark plastic, meeting all global lighting regulations.

It’s as much about clever engineering as design and when it comes to the latter, at first the changes don’t look that significant. On closer inspection it’s clear that Massimo Frascella, design director at JLR, has followed his strategy to cut down on unnecessary clutter. Even the traditional side graphic behind the front wheels has become simpler, more artistic.

The aim, Frascella told us, is to stick to four key elements: modernism, integrity, purpose and desirability. He said that people used to want a Range Rover because of what it was capable of, but now they see it and they just have to have it.

That might be true, but there’s much more to the new model than exterior looks, especially inside.

As well as the option to have five or seven seats, it can be ordered with tailgate event seating for two or you can go full business class with the two reclining rear seats of the Signature Suite in the SV model. The SV also features a full-length centre console that can be equipped with a table that rises from within at the touch of a button or an icon on the central tablet. Also, SV models are now available in either elegant Serenity spec or more sinister Intrepid and either can be specced with rather cool ceramic material on the gearshift, much less tacky than Swarovski crystal — sorry BMW. 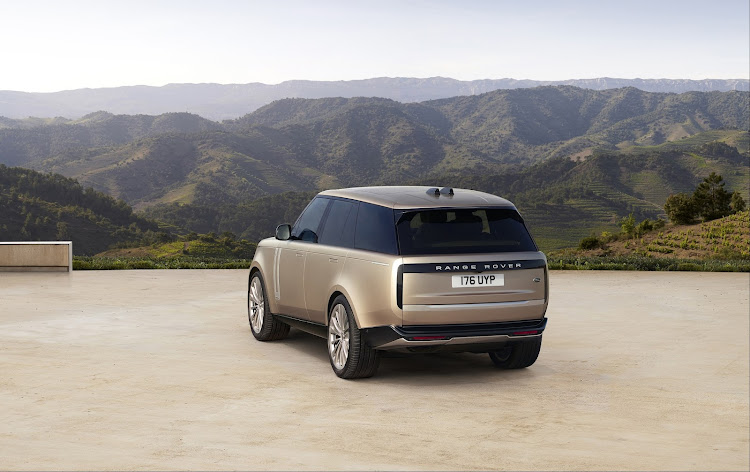 SA will get a 3.0 diesel and a V8 petrol next year while a plug-in hybrid electric vehicle (PHEV) version will arrive in 2023. Picture: SUPPLIED

Beneath all this luxury is a go-anywhere, posh Land Rover and the new one is as capable as ever. It’s undergone more than 1-million kilometres of testing during its five years in development and has Integrated Chassis Control, which predicts road conditions up to 3km ahead to pre-adjust the settings for the best ride.

Head off-road and it has intelligent all-wheel drive, 295mm of ground clearance, air suspension that can rise 145mm, a wading depth of 900mm and the Terrain Response 2 driving mode system from the new Land Rover Defender. Granted most owners won’t do much more than park on the grass, but this should be one seriously capable Range Rover.

Whether you see it and just want it, or need a Range Rover to explore somewhere new, the fifth generation is more spacious, more practical, more capable and above all, more luxurious than ever before. A new Range Rover should set the benchmark for luxury SUVs and on first inspection, it all looks very promising.

SUV king of the Nurburgring boasts the marque’s most powerful V8 — and a R3.35m pricetag
Life
11 months ago