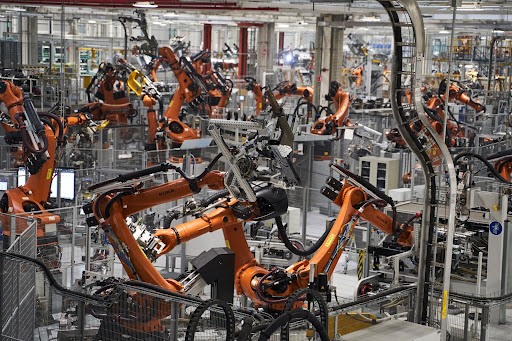 It is not easy being female. But it is often no picnic being male either. The world is changing faster than before and, with it, so are notions of masculinity. Many men are feeling unmoored, for better or worse.

If you happen to be James Bond, you take this flux in your stride and effortlessly turn — via a few intermediary incarnations — from the Sean Connery version of manhood into the more vulnerable and complex Daniel Craig variety. But how many real-life men have an inner 007 to channel?

The reality for many of those who aren’t necessarily alpha males is bleaker. The US, for example, just counted record numbers of deaths from drug overdoses — more than 100,000 in one year and about double the number in 2015. And about 70% of those who died were men.

In China, the government worries about a “masculinity crisis”, as the nation’s boys allegedly become effeminate, whatever that might mean nowadays. Educators are pondering ways of strengthening the “yang spirit” — as in the masculine-ish yang that complements the more feminine yin force in Taoism.

Some experts in Germany use the exact same phrase — a “crisis of masculinity” — to describe the situation of men in what used to be communist East Germany. For decades after reunification in 1990, eastern women moved west or married western men, leaving many of the region’s males single, frustrated and alienated.

In the US, regions with lots of robots were among those where Trumpism is big

Reunification and its discontents may be a unique situation, but it appears that there is something more general about modernity that can undermine and threaten manhood. Consider, for example, how one particular vector of change is slamming into masculinity: the automation of manufacturing with robots.

In general, I think of robots as a boon. They make production more efficient and, therefore, all of us better off. But even good things aren’t usually good for everybody. With automation, the losers are the blue-collar manufacturing workers who used to do what the robots now take care of. And those workers are overwhelmingly men. That is not me throwing stereotypes around; that is hard statistics.

By contrast, jobs in the service sector, and especially those where “people skills” are prized, aren’t threatened by robots at all, at least not yet. And here women appear to have a statistical edge. In economies where robots are used a lot, blue-collar men therefore find it harder on average to keep or find good employment, whereas women on balance fare better.

This bifurcation in prospects for men and women translates into a shrinkage in the wage gap that traditionally favoured men. In general, that is a good thing, of course, as it leads to fair rewards — equal pay for equal work. But a vanishing wage gap also has side effects, as the late Gary Becker, a Nobel laureate in economics, famously explained.

In A Theory of Marriage, published in 1973, he introduced the notion that a shrinking male-female wage gap reduces the value of wedlock to women. Back when the lads made a killing and the lasses made a pittance, it made sense — economically, at least — to “specialise” within a household consisting of a working husband and a wife, and maybe children. Once women earn better wages, however, they no longer gain much from tying themselves to men, at least not in the same way.

JOHAN STEYN: War machines will decide who lives and who dies

The consequence of Becker’s logic should be an observable bear market in the marriage value of men, leading to less matrimony and fewer births in wedlock (though not necessarily fewer births overall). And so it appears. The US coal region of Appalachia, for example, had a boom in the 1970s and a bust in the 1980s. As predicted, marriage rates and births in wedlock increased in the 1970s when (largely male) coal miners did well, then decreased in the 1980s when they struggled.

Enter Massimo Anelli, Osea Giuntella and Luca Stella — researchers, respectively, at Bocconi University in Milan, the University of Pittsburgh and the Free University of Berlin. Using data from the US, they found that the more robotics transformed manufacturing in a given region, the smaller the income gaps between women and men. Marriages declined, divorce and cohabitation increased. Marital fertility also decreased, while out-of-wedlock births increased.

There is nothing inherently good or bad about such correlations and trends. They just mean that societies are changing. But change is hard for people. And men, as they lose the roles their fathers and grandfathers might have considered self-evidently masculine, appear to be at particular risk.

One is that they fall prey to demagogues on the far right. In eastern Germany, male frustration is certainly one explanation for the rise of the Alternative for Germany, a populist party. In the US, regions with lots of robots were among those where Trumpism is big.

A related phenomenon is the misogynistic “incel” movement of men who label themselves as “involuntary celibates”. They often radicalise themselves online, blame women for their low status and spread conspiracy theories. In California, Florida and Toronto, incels have gone on killing sprees.

The best advice to individual men would seem to be to welcome the evolution of masculinity as a liberation — let us stop worrying about it and flow with it. But, for communities and societies, the flux in manhood bears dangers. This Chinese talk of strengthening the yang spirit seems corny and amiss. Even so, it bears remembering that yin and yang must be in balance to have harmony.

Major announcements were made on the eve of the Amazon Web Services cloud computing conference in Las Vegas, writes Arthur Goldstuck
Opinion
8 months ago

NEWS FROM THE FUTURE: The advantages of making stuff in orbit

Eat the buggers: faux-meat maggot and mealworm burgers are the future

MICHAEL FRIDJHON: How Covid-19 may have helped SA shine at Global Wine Challenge

Eat the buggers: faux-meat maggot and mealworm burgers are the future

MICHAEL FRIDJHON: How Covid-19 may have helped SA shine at Global Wine Challenge