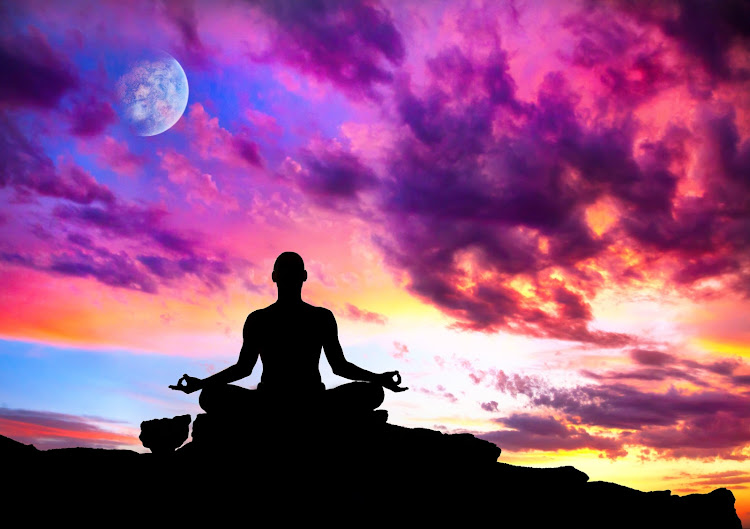 Alisa Bigham was looking for a new beginning. She had recently left her marriage of 47 years and was trying to understand who she was outside that union. “I kept having the thought, ‘You just need to go on a retreat and get away from everything,’” she says. “My intention was a reset of who I am, something that could bring me a big transformation.”

Bigham, 64, had read Michael Pollan’s book How to Change Your Mind, which chronicles the new research into psychedelics and their medicinal properties. She came away from it interested in exploring those possibilities for herself.

So she booked a retreat at Silo Wellness, which operates in Jamaica’s Montego Bay resort community. She was drawn to its nightly ceremonies, during which participants take psilocybin mushrooms and, led by local Rastafarians, embark on a series of transcendental journeys that might include visions and an altered emotional state.

These mushrooms can have a bitter, earthy taste, so honey was also provided for those who wanted a chaser. After the first trip, she felt profoundly, fundamentally changed. “Like I had found my superpower,” she says.

Bigham’s experience is becoming increasingly common as a new breed of retreat is offering not only the lush surroundings, pleasant accommodations and well-prepared food of high-end vacations but also the spiritual healing and metaphysical self-discovery of guided, plant-based psychedelic experiences. Colloquially they are called trips, though most practitioners prefer the term “journey”.

We want people to relax and rest into the medicine, not worry if there’s a tarantula on their face

At the all-inclusive Soltara Healing Center, set amid 9ha near the Gulf of Nicoya in Costa Rica, the main event of the itinerary, which ranges from five to 12 nights, is not a boozy luau or snorkelling excursion but an ayahuasca ceremony led by native Shipibo healers.

In Vancouver, the Journeymen Collective focuses on imparting spiritual wellbeing into the corporate world. Their guided mushroom ceremonies — in which 2g-5g of psychoactive fungi are blended with gourmet chocolate — are held at local lodgings and aimed at helping business leaders and executive teams align their companies with a greater purpose.

Gary Logan founded the Journeymen Collective in 2018 with his husband, Robert Grover, and says their goal is to make guests feel taken care of. “We want to cradle you, nurture you and guide you through this process,” he says. “We want people to relax and rest into the medicine, not worry if there’s a tarantula on their face.”

Douglas Gordon, CEO of Silo Wellness, says his retreat is in line with the changing notions of luxury. “Real luxury is being able to wear flip-flops to dinner,” he says. “It’s not necessarily black tie, you know? It’s about an authentic experience, like, ‘Do you want to go to that amazing jerk chicken place down the road?’ That’s the type of person we want to attract, someone who puts value into experiences.”

Psychedelics in the public sphere have undergone a profound shift in recent years, sometimes referred to as the shroom boom. In a short time the thinking has evolved from viewing them as recreational drugs to understanding the experiences as therapeutic, with an array of potential benefits.

The year before Pollan published his 2018 book — which covers research demonstrating that substances such as DMT (the active ingredient in ayahuasca), LSD and psilocybin may ameliorate the effects of post-traumatic stress syndrome (PTSD), depression and addiction — writer Ayelet Waldman published A Really Good Day. She chronicled the deeply positive effects for her of “microdosing” (taking extremely small amounts of) LSD daily.

More recently, Netflix’s The Goop Lab followed employees at Gwyneth Paltrow’s lifestyle website as they flew to Jamaica and took part in a psychedelic healing session that included lots of laughing, crying and writhing around on the floor. Podcaster Joe Rogan is also a vocal advocate of ayahuasca.

Already it appears there is serious money to be made. According to Data Bridge Market Research, the psychedelic market is projected to reach $10.7bn by 2027, up from $3.8bn last year.

Travel entrepreneurs are looking on with interest. “The wellness industry continues to grow in size and importance in consumers’ lives,” says Joe McDonnell, head of insights at the trend forecasting company WGSN. “Staying healthy mentally and physically is a top priority.”

A study published in November 2020 by Research and Markets valued the overall wellness tourism industry at $735.8bn; by 2027, the agency projects it would be worth $1.2-trillion.

Soltara may lack the five-star indulgences of, say, Utah’s decadent Amangiri resort, but its rooms are comfortably spartan and airy, the meals thoughtfully prepared and the pool azure blue. If these perks seem at odds with the spiritual quests at hand, there is a reason. Melissa Stangl, a founding partner at Soltara and its COO, says that while working at a rustic retreat in a remote corner of the Peruvian jungle she noticed the clientele had a specific “adventure-seeking” demographic, aka backpackers.

The value of wellness tourism

A study published by Research and Markets valued the overall wellness tourism industry at $735.8bn; by 2027, the agency projected it would be worth $1.2-trillion.

The sanctuary’s remoteness, she realised, limited its client base. So when Soltara opened in June 2018, it chose the more established tourist infrastructure of Costa Rica with lodging that leans towards the elegant — an effort to appeal to a broader swath of potential customers.

“This work can be uncomfortable,” she says of the ayahuasca ceremonies. (It is not uncommon for those who drink it to vomit, for example.) “Being able to provide a space that’s comfortable for the guests, where they don’t have to worry about the danger they may feel in a remote part of the jungle, is important. We’ve found that when they’re at ease, they are more able to open up into the medicine.”

At Silo, Gordon oversees a retreat where each session is individually tailored to the person or group attending. (They offer specific bookings geared towards women, fitness enthusiasts and the LGBTQ+ community.)

By offering an elevated travel experience, he has found that clients are able to more fully embrace the overwhelming, and by some accounts exhausting, aspects of the core experience: the guided mushroom journey.

“We’re trying to achieve that balance that speaks to luxury,” he says, “the food, the environment, and the service.”

Often, intentions are set during introductory rituals, and there are integration practices afterward to help process the experience and incorporate the insights into one’s everyday life.

If psychedelics can be shown to work in controlled scientific studies, that will create a powerful argument for their legal, medical use
Life
4 months ago

Despite their growing prominence in the zeitgeist, psychedelics, it should be said, are still illegal in most parts of the world, limiting the market scale of this wellness niche. Jamaica and the Netherlands, where the British Psychedelic Society has been offering psilocybin-assisted retreats since 2016, are primary destinations because of their liberal laws about psychoactive substances.

Options are popping up in locations such as Canada, Mexico and even the US. The Sacred House of Eden organises retreats from its headquarters in Denver — the first American city to decriminalise psilocybin mushrooms.

“Experiences that adopt holistic approaches to healing — balancing psychedelic experiences with more traditional wellness experiences, like yoga therapy — are gaining popularity as people seek to rebalance after the stresses of two years of lockdown,” McDonnell says.

Bigham, who attended the Silo retreat, recalls sitting on pillows and blankets during her mushroom journeys — a total of three during her five-day women’s retreat hosted at the plush Half Moon resort — all while looking out over the ocean or gazing at the stars. Her days were filled with yoga classes or seminars on nutrition before the nightly trips from about 7pm to 11pm. Meals were taken on a patio overlooking the sea. There was barely time to take a dip in the on-site pool.

She went in with a small but meaningful goal in mind. “I felt like I was so self-conscious that I couldn’t close my bedroom door and dance by myself,” Bigham explains. “I said, ‘I want to go to Jamaica, and I want to dance.’ And we went out to this Rastafarian village, and they were playing the drums, and I said, ‘Hey, ask them if they’ll teach us how to dance.’ And they taught us how to dance.”

One&Only has a new sibling resort brand, and it’s all about fitness

Siro wellness and fitness resorts, the first which will open in Montenegro in 2023, will be  a luxury brand focused exclusively on sports and fitness
Life
6 months ago