If psychedelics can be shown to work in controlled scientific studies, that will create a powerful argument for their legal, medical use 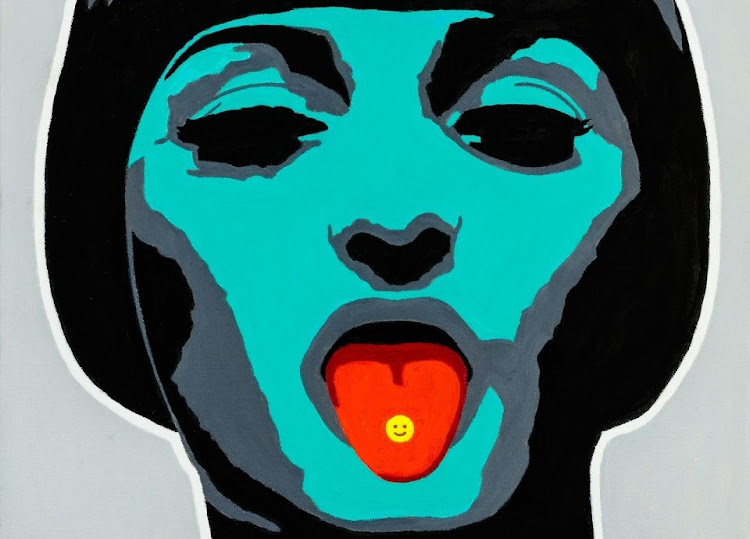 Other studies are in the works considering the potential therapeutic applications of psilocybin (the active ingredient in magic mushrooms), LSD and cannabinoids. These follow well-received books on different forms of psychedelic use by such mainstream figures as food writer Michael Pollan, novelist Ayelet Waldman and columnist Ezra Klein.

If you’re a reader of mainstream news media, expect to hear more and more about this topic over the next few years. And even if you are a button-down rule-follower, expect to hear an increasing number of your friends and acquaintances expressing interest in psychedelics — and maybe even experimenting with them.

None of this is happenstance. It’s the product of a sophisticated, loosely co-ordinated effort to encourage the gradual re-legalisation of psychedelics via medicalisation and cultural normalisation.

The movement doesn’t seem to be motivated mainly by money, though there is doubtless money to be made. Instead, the psychedelic community is broadly motivated by a genuine belief that these substances — “medicines,” as many refer to them — contribute meaningfully to human wellbeing and are not addictive or dangerous when properly used.

Repackaged as therapeutic and elite, psychedelics are the medicine of our time.

It would take a book — or at least a series of columns — to chart even a smattering of the fascinating aspects of this complex social process. But one question deserves to be answered first: will the legalisation effort succeed? I think the answer is yes.

There’s no doubt that legalisation faces challenges from prohibitions put in place during the Nixon and Reagan administrations. But the combination of medicalised research and cultural mainstreaming is potent. The advocates are for the most part white, well-educated and well-off. And they are using science to make a persuasive case that the old arguments against psychedelics are obsolete, grounded as they were in a fundamental fear of the experience of altered consciousness.

Start with the medicalisation approach, which represents a stark contrast to the way psychedelics entered American awareness in the 1960s. In that period, the attraction of psychedelics was primarily their capacity to expand consciousness. Think of Tom Wolfe’s classic Electric Kool-Aid Acid Test. But today’s psychedelic activists — though they may themselves be motivated by something similar — focus their public message on the therapeutic use of psychedelics. Psychedelics are depicted as medicines capable of bringing healing, particularly for hard-to-treat conditions like severe depression, PTSD and schizophrenia.

Seen from the standpoint of legal strategy, this makes sense. In contemporary American public life, it’s difficult to stand up and say that our collective consciousness is in serious need of expansion. (What, exactly, would that even mean?) Yet we all know that even as we have become more sophisticated about the prevalence and reality of various forms of mental illness, the professions of psychiatry and psychology have struggled to provide adequate treatments. If psychedelics can be shown to work in controlled scientific studies, that will create a powerful argument for their legal, medical use.

The therapeutic model of psychedelics isn’t purely strategic. Among devotees, psychedelic medicines are often administered today, even before legalisation, by people identifying as healers. The healers associate themselves with a range of shamanistic traditions and typically also incorporate vernacular psychotherapeutic ideas about trauma and healing.

But starting with a medical approach follows the largely successful model used by advocates for the legalisation of marijuana. And indeed, when local municipalities vote to “legalise” mushrooms, as several Massachusetts cities (including my own hometown of Cambridge) did in early 2021, they are self-consciously following the pot legalisation movement.

What distinguishes the movement to legalise psychedelics is that it is substantially more elite than the movement surrounding pot, a drug that crosses economic and cultural lines. The Columbia University psychologist Carl Hart, author of a thought-provoking new book called Drug Use for Grownups, expresses some frustration with what he depicts as the desire of white, upper-middle-class psychedelic activists to differentiate their practices from the use of other drugs by implicitly nonwhite and poor “addicts.” If opioids are perceived as the drug of the white poor, as crack cocaine was depicted in previous decades as the drug of poor black people, today’s psychedelic medicines are likely to benefit from being seen as the drugs of wealthy coastal cultural elites.

It will take time for psychedelics to go from illegal to medical-use-only to broadly legal. But there is overwhelming reason to believe that this process will occur. Repackaged as therapeutic and elite, psychedelics are the medicine of our time.

• Noah Feldman is a Bloomberg Opinion columnist and host of the podcast “Deep Background.” He is a professor of law at Harvard University and was a clerk to US supreme court justice David Souter. His books include The Three Lives of James Madison: Genius, Partisan, President.

Bloomberg opinion. For more articles like this, please visit us at bloomberg.com/opinion.

Microdosing — taking tiny amounts of drugs like LSD — is an unproven, illegal but increasingly popular treatment for many ailments, or simply to ...
Life
4 years ago

According to the American Society of Plastic Surgeons, the demand rose 22% in 2020
Life
1 month ago
Next Article

Wanted Online: For the love of local: three wine farms create a space for SA ...

Wanted Online: For the love of local: three wine farms create a space for SA ...