The factory-backed armoured bakkie protects against handguns up to .44 Magnum 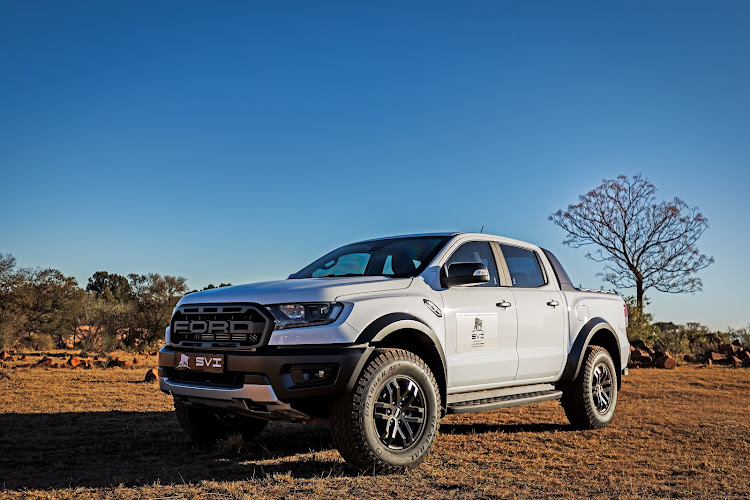 The discreet armouring adds only 280kg to the Ranger Double Cab. Picture: SUPPLIED

The Ford Ranger Raptor is the latest recipient of an armouring package from SVI Engineering.

It is the first Raptor armoured under the Ford-approved armouring scheme that allows clients to order the protection package straight from the Ford dealerships.

The protection consists of 18-21mm armoured glass in combination with Kevlar body sheets. It is discreet and added only 280kg to the Ranger Double Cab, with minimal effect on vehicle acceleration, fuel consumption and dynamic performance, SVI said.

This is especially important in the case of the Raptor because of the off-road prowess of the vehicle standard out of the box with its Fox suspension. Ford SA has not approved the higher B6 (assault rifle) armouring level on the Raptor because of its lower payload compared to the other Double Cab Ranger models, for which B6 is approved.

The build time of a B4 armoured Ranger Raptor is about 10 weeks. The basic B4 armouring package on the Raptor costs R454,271 excluding VAT available from any Ford dealer, and Ford’s standard four-year/120,000km warranty and six-year/90,000km service plan are included.

In addition, customers receive a one year/50,000km warranty on the armouring components from SVI Engineering.

We hit the highway in the rally-bred bakkie, finding more adventure than we bargained for
Life
9 months ago
Next Article