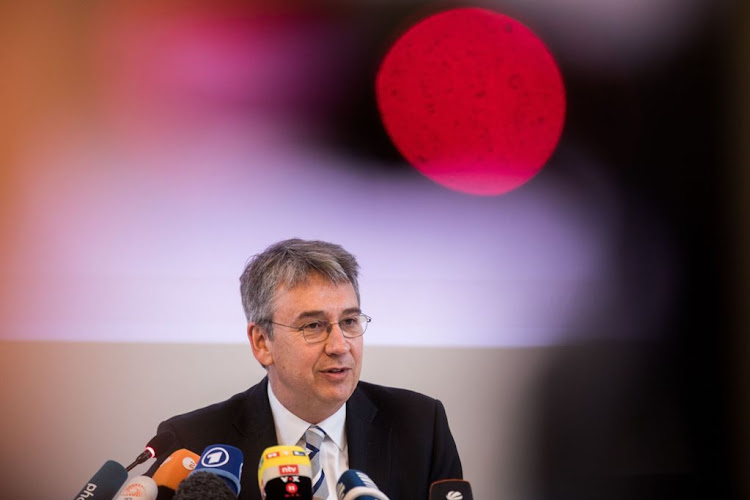 Brussels — In a frenzy rarely seen in the world of antitrust enforcement, Germany’s top competition official has wielded new powers to take on the giants of Silicon Valley.

Andreas Mundt opened probes into Amazon.com, Google and Apple over the last five weeks alone, adding to a case targeting Facebook and showing himself to be one of Europe’s the most aggressive regulators.

The onslaught, unprecedented from a national regulator in the region, could reshape the way tech companies do business. The antitrust arms race he has presided over could also elevate the German cartel office to be a serious rival to the European Commission, which on Tuesday announced its own probe into Google.

“Fines get us nowhere,” Mundt said. To make a real difference, his aim is to impose remedies, where needed, “that really correct the conduct of these companies and point them in a better direction”.

The pace and ambition of the German authority goes beyond the EU, itself one of the toughest scourges of big tech after making Google pay about $9bn. While those penalties made headlines and even dented balance sheets, the EU’s actions failed to erode Google’s powerful position as a search colossus in Europe where it has a 93% market share.

Mundt and his agency “have increasingly taken leadership in important questions of antitrust enforcement,” said Bjorn Herbers, a lawyer at law firm CMS in Brussels. On regulation of internet platforms the cartel office has “shifted up a gear”.

The German probes adds to a slew of global regulatory actions targeting the dominance of a handful of players. Away from Europe, several US states and the justice department have sued technology companies in the last year on antitrust issues.

One common theme running through all of the German cases is the way the US behemoths allegedly use — and potentially abuse — data to enrich themselves at the expense of smaller competitors. While the German authority is limited to investigating how those companies affect German customers, its work may trigger wider changes.

I don’t think that it’s going to be the Bundeskartellamt, which will break up of one of the big companies. I think this is something that can be done by bigger agencies in the right place

“I’m absolutely convinced that the handling of data by these big tech companies has to change and this is what we want to get at,” Mundt said. “You can do something against companies gathering data limitlessly and not leaving a choice to the consumer.”

Mundt and his office have long been at the forefront of scrutinising the biggest digital companies. His first take was a probe into Amazon in 2013, leading to a settlement that caused the company to make worldwide changes to how it deals with sellers. His team was one of the first in Europe to target online sales curbs that tried to prevent shoppers from comparing prices.

A previous probe into Facebook and its tracking of users outside the social network gave him a target combining antitrust and privacy concerns. The case also sparked changes in the law aimed at lowering the bar for Mundt’s team to step in to police Big Tech.

The new rules, known as Article 19a, allow the regulator to identify companies with overarching power across several sectors and then run speedy investigations into problematic behaviour.

With the legal upgrade, Mundt’s agency enjoys powers the EU is still waiting to get its hands on.

He has “made clear that he thinks the German section 19a is superior” to draft EU legislation to rein in internet platforms “as it is more flexible”, said Herbers. And, as his cases against Big Tech show, he “is not willing to wait for a joint enforcement approach within the EU or even worldwide”.

So far Google, Amazon, Facebook and Apple have all come under scrutiny. The cartel office started with Facebook’s virtual reality products Oculus less than 10 days after the law took effect. Beginning in mid-May, the regulator announced three new probes against Amazon and Google in as many weeks. Apple became the latest target on Monday.

“Life gets easier” for the regulator once it has designated a company to be significant for competition across markets, said Mundt.

When a company gets that legal label, the German antitrust troops can target “future strategies” and stop anticompetitive strategies. The new rules also speed up the legal appeal process that has bogged down Germany’s 2019 finding that Facebook broke antitrust rules, he said.

Failure to win real changes with current tools will risk more calls for large companies to be broken up, he warns. “If we do not succeed now, if we don’t have the impact now on the markets that we want to have, I think we will have another debate about this question,” Mundt said.

“I don’t think that it’s going to be the Bundeskartellamt, which will break up of one of the big companies,” he said, referring to the German name for his agency. “I think this is something that can be done by bigger agencies in the right place. That will not be our task.”

Mundt, who has been leading the German agency since 2009, is effectively steering European antitrust policy. The European Commission is also trying to win new powers to act proactively against big tech firms. Other national authorities have followed Germany in taking on big tech targets, such as France’s recent settlement with Google that will see some global changes to how ads are sold.

Mundt insists that he is not trying to compete directly with the EU regulators and his office consults with them before it opens a probe.

“We do not want to duplicate work,” he said. “We take very much care that we have no overlap. The most important issue is that we do not have contradicting results or contradicting remedies. That would really be kind of a worst case.”

He sees his agency as part of a joint European effort in which the EU and the members states act simultaneously, pointing to other’s actions.

“These are really things that change the game to a certain extent because they go to the root of the problem in this data-driven economy,” he said.

While the fireworks of new probe announcements are likely to cool down, his enthusiasm is not. “This is a pace you cannot keep up,” said Mundt. “But obviously, there’s more that we need to look at.”

Having created monopolies in online messaging, search and e-commerce, the giants are finally being reined in
Opinion
11 months ago
Next Article