Retail sales saw surprising growth of 2.2% in May, higher than the 1.7% expected by economists polled by Bloomberg 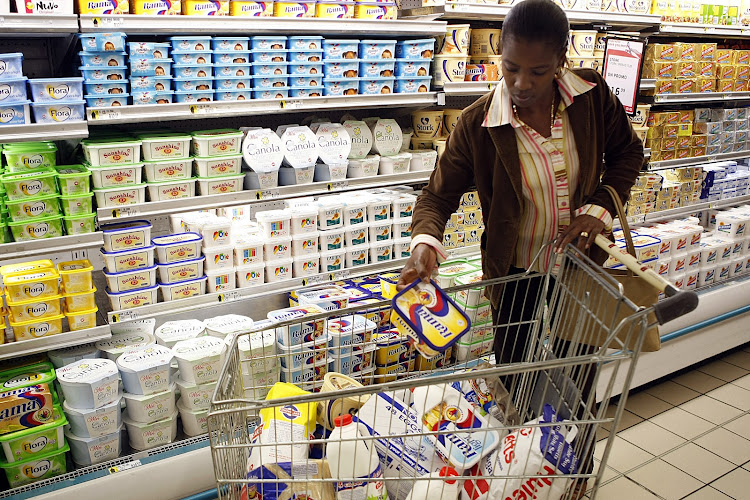 Higher than expected growth in the retail sector in May could help SA avoid its second recession in two years.

Retail sales saw surprising growth of 2.2% in May, higher than the 1.7% expected by economists polled by Bloomberg. The sector grew by 2.7% the month before, revised upward from 2.4%.

The retail sector is an important indicator of consumer spending — it drives growth in the economy as it accounts for just more than 60% of GDP.

“The latest retail data, together with the improved trend growth  in manufacturing, as well as a couple of other sectors, should ensure that SA avoids another negative GDP performance in the second quarter, thereby helping SA avoid slipping back into a recession,” Stanlib chief economist Kevin Lings said.

The better-than-expected growth in May is despite consumers coming under pressure in the month with a 54c/l increase in the petrol price, which weighed on disposable income, as well as weak consumer sentiment, according to the tepid consumer confidence index. This was reflected in the subdued month-on-month change in retail production of just 0.1%. 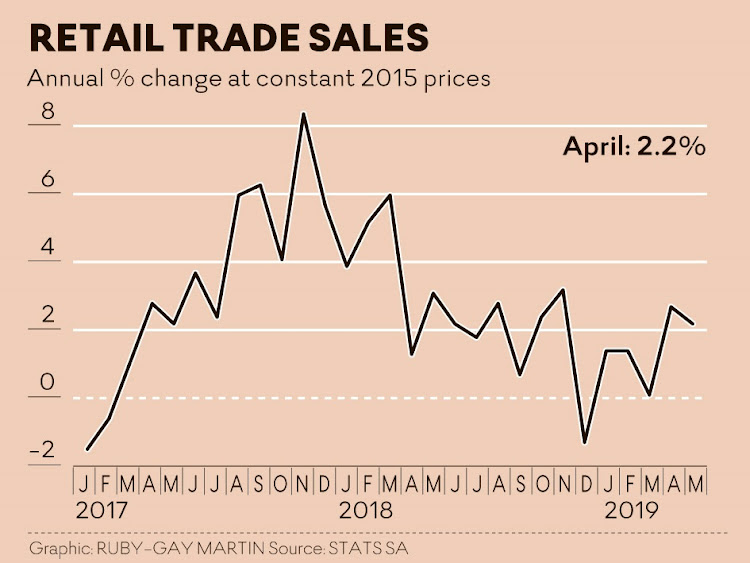 Measured in real terms (constant 2015 prices), retail trade sales increased by 2.2% year-on-year in May 2019. The largest annual growth rates were recorded for general dealers (4.0%); retailers in household furniture, appliances and equipment (3.2%); retailers in pharmaceuticals and medical goods, cosmetics and toiletries (2.9%); and retailers in food, beverages and tobacco in specialised stores (2.7%). The main contributor to the 2.2% increase was general dealers (contributing 1.7 percentage points). Graphic: RUBY-GAY MARTIN

Consumers could receive some relief on Thursday with many analysts expecting the Reserve Bank’s monetary policy committee (MPC) to cut interest rates for the first time since March 2018.

While the pressure on consumers’ discretionary income will keep shopping activity relatively muted this year, “increasing unsecured credit uptake, mainly by higher-income consumers, as well as our expectation of a cut in interest rates in July could provide auxiliary support to retail sales volumes in the coming months”, FNB economist Siphamandla Mkhwanazi said.

Compared to a year ago, general dealers saw growth of 4%; household furniture, appliances and equipment saw a rise of 2.3%; pharmaceuticals and medical goods, cosmetics and toiletries, grew by 2.9%; and food, beverages and tobacco in specialised stores were up 2.7%.

In the three months ended May 2019, seasonally adjusted retail trade sales increased by 1.1% compared with the previous three months.

In the first quarter of 2019, the economy contracted more than expected after the worst power cuts the country has seen dented both the retail and manufacturing sectors.

Another quarter of negative growth would place SA in a recession.

In June the Reserve Bank signalled its willingness to drop the repo rates, saying policy has not been as accommodative as it could have been, writes ...
Economy
2 years ago

With Lesetja Kganyago back for new term, Bank retains its hawkish tilt
Business
2 years ago

Speaking at an Investment Analysts Society of SA panel discussion, two longtime analysts paint a grim picture of the ailing sector
Opinion
2 years ago
Next Article