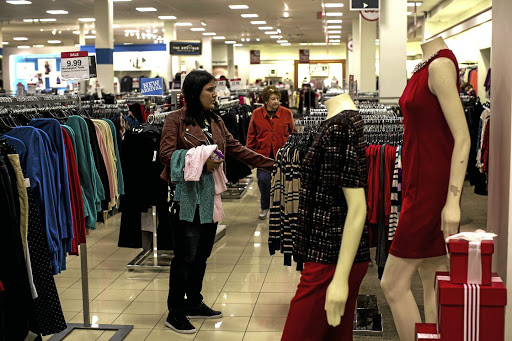 Washington — US retail sales increased more than expected in June, pointing to strong consumer spending, which could help to blunt some of the hit on the economy from weak business investment.

The commerce department said on Tuesday retail sales rose 0.4% in June as households stepped up purchases of motor vehicles and a variety of other goods. Data for May was revised slightly down to show retail sales increasing 0.4%, instead of 0.5% as previously reported.

Excluding vehicles, petrol, building materials and food services, retail sales jumped 0.7% in June after an upwardly revised 0.6% increase in May. These so-called core retail sales, which correspond most closely with the consumer spending component of GDP, were previously reported to have increased 0.4% in May.

June’s strong gain in core retail sales, coming on the heels of solid increases in April and May, suggested a sharp acceleration in consumer spending in the second quarter.

Consumer spending grew at its slowest pace in a year in the first quarter. Spending is being supported by a tight labour market, even as the broader economy is slowing as weaker business investment, an inventory overhang, a trade war between the US and China, and softening global growth apply pressure in the manufacturing sector.

The data probably will have little impact on market expectations that the Federal Reserve will cut interest rates in July for the first time in a decade. But signs of strong consumer spending and rising core inflation suggest the US central bank is unlikely to cut rates by 50 basis points at its July 30-31 policy meeting as markets had initially anticipated.

Federal Reserve chair Jerome Powell last week told legislators the central bank would “act as appropriate” to protect the economy against risks stoked by a trade war between the US and China, as well as slowing global growth.

The Atlanta Fed is forecasting that GDP increased at a 1.4% annualised rate in the second quarter. The economy grew at a 3.1% pace in the January-March quarter. The government will publish its snapshot of second-quarter GDP next Friday. The economy is losing speed in part as 2018’s stimulus from huge tax cuts and more government spending fades.

WATCH: Has China economy’s run out of steam?

Stocks battle to hold on to recent gains while traders await US data, and corporate and bank earnings for clues on the health of the US economy
Markets
2 years ago