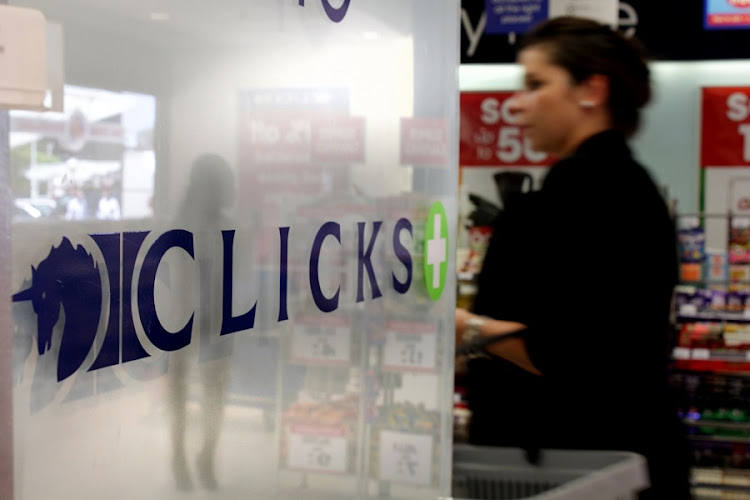 Clicks, which has SA’s largest chain of retail pharmacies, has increased its final dividend by more than a third, a R1.1bn payout, after Covid-19 boosted online sales as well as its bulk medicines distribution unit.

The owner of Musica and The Body Shop upped it final dividend 37.6% to 450c for its year to end-August, saying Covid-19 had put pressure on the group in terms of restricted trading hours and additional expenses, though some business lines benefited.

Clicks opened 39 stores during the year, bringing its retail footprint to 743 stores. The pharmacy network was increased to 585 with the opening of 40 pharmacies.

Online sales increased by 361% off a relatively low base for the second half of the financial year, or the six months to end-August, with Covid-19 resulting in a change in shopping patterns.

Consumers chose to shop closer to home and shop less frequently, while many stayed at home and shopped online to reduce the risk of contracting Covid-19, the group said.

“The accessibility of the Clicks store network proved beneficial,” said Clicks, due to 74% of stores being located in convenience and neighbourhood shopping centres. This largely negated the significant slowdown in footfall at super regional and regional malls across the country.

“The performance of the past year, and particularly in the second half during the Covid-19 crisis, has again demonstrated that the group’s core health and beauty markets and business model are resilient,” said CEO Vikesh Ramsunder.

The retail pharmacy company records a 10.2% increase in sales as consumers turn to its neighbourhood stores
Companies
11 months ago

Dis-Chem: Difficult times — and they’re not over yet

Dis-Chem ranks as SA’s second-biggest pharmacy chain after Clicks. But it has not had a great start to 2020
Companies
1 year ago