Heriot determined to take over Safari despite talks failing 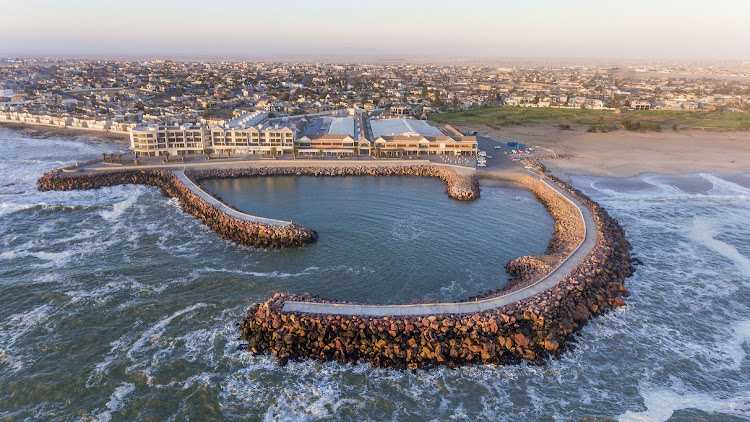 Property group Heriot Reit is not backing down from its goal of taking over shopping centre owner Safari Investments.

Safari announced on Thursday that talks between the two have broken down but Heriot, which owns 10% of Safari, says it still has other options. “We tried the traditional route and now understand the complexities,” Heriot CEO Steven Herring said.

Safari, which listed in 2014, owns shopping centres that serve lower-income consumers mostly in and around Tshwane. It also owns Platz Am Meer shopping centre in Swakopmund, Namibia. 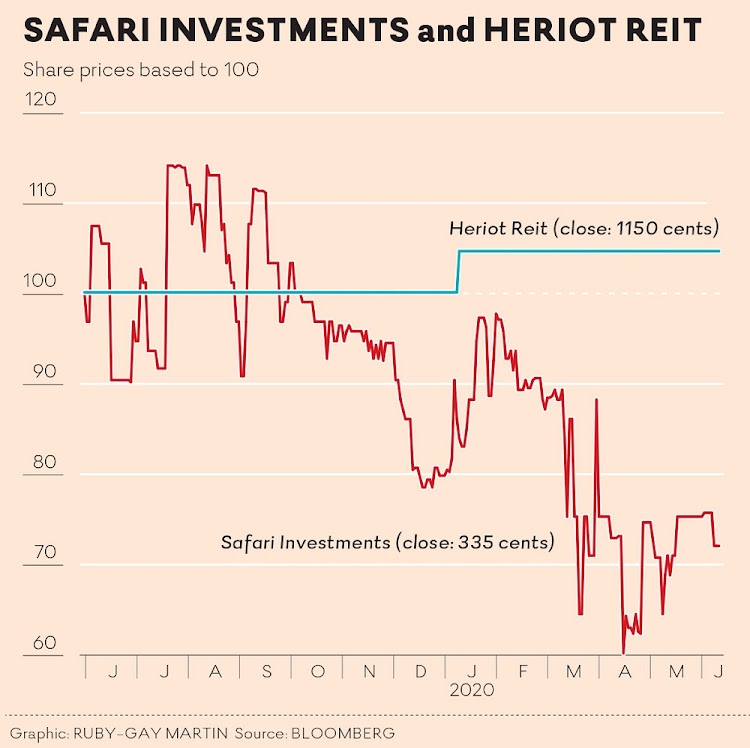 Safari has been a takeover target in the past with Fairvest and Community Property Fund (Comprop) making attempts to merge with or buyout the group last year. Safari’s board turned down both offers.

The board had backed Fairvest’s R4.15 a share bid, which was well below Comprop’s R5.90 a share offer.But minority shareholder, Chris Logan of Opportune Investments, challenged Safari’s board to explain why it was against the Comprop bid. Safari ended up abandoning the Fairvest bid and said the Comprop bid would not be successful in getting shareholder support.

In April, Heriot, which owns R4.6bn worth of property, said it was considering buying out Safari. The two groups subsequently had various talks, but these have collapsed.

Safari said on Thursday that Heriot advised that it had been unable to reach agreement with a sufficient number of Safari shareholders to ensure support for the contemplated transaction.

Heriot has, however, advised that it continues to “consider all options at all times” and Safari can thus not express an opinion on whether any future approach from, or offer by, Heriot is likely, Safari said.

Logan said Heriot could still succeed in a takeover.

“Heriot could buy up shares and try to take control of the Safari board, but I do not believe that’s necessary as there is widespread support for wholesale changes to the board, including from the likes of Bridge Fund Managers, which is a 20% shareholder, and even Safari’s founder Francois Marais,” he said.

Too many legacy shareholders at Safari are benefiting from related party deals and hence were against a takeover, but a strong takeover offer had swayed some of them, according to Logan.

“There are essentially two camps being institutions such as Bridge and SA Corporate Real Estate, which will support a takeover as long as a reasonable price is achieved; and then the legacy shareholders,” he said.

Safari’s share price was unchanged at R3.35 at the close of trade, giving it a market capitalisation of just more than R1bn. Heriot closed 4.55% up at R11.50.

Logan said the takeover of Safari has become a governance test case for the whole Reit sector.

Update: June 18 2020
This article has been updated with comment and financial information throughout.

Most listed property funds are playing it coy, wary of consolidation in uncertain times
Companies
1 year ago

The retail landlord, being courted by the diversified property Reit, says it is focused on surviving Covid-19
Companies
1 year ago