Miner continues to struggle with weak demand for rough stones, with lowest sales revenue since reporting started in 2016 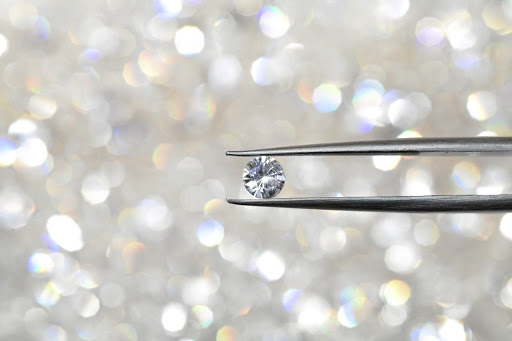 De Beers’s diamond revenue in July fell “off the proverbial cliff” to the lowest level since reporting on the outcomes of each of the company’s 10 annual sales events started in 2016.

De Beers has moved away from its strict sales policies with about 80 handpicked clients attending the sales events called sights, allowing them to roll over rough diamond purchases until later in the year, a decision CEO Bruce Cleaver described as “unprecedented” in an interview with Business Day last week.

“With ongoing macroeconomic uncertainty, retailers managing inventory levels, and polished diamond inventories in the midstream continuing to be higher than normal, De Beers Group provided customers with additional flexibility to defer some of their rough diamond allocations to later in the year,” Cleaver said in a statement on Tuesday.

Year-to-date sales of $2.6bn are tracking nearly 25% lower than at the same time a year earlier when De Beers had realised $3.4bn.

De Beers, 85% owned by Anglo American, is the world’s largest source of rough diamonds by value.

De Beers and other diamond miners have noted the ongoing weakness in the global rough diamond market, largely stemming from weakness in the Indian market, home to the largest cutting and polishing industry, particularly for small, lower-value diamonds.

Cleaver said in the interview De Beers had ramped up advertising and marketing spend in 2019 to $170m, focused mainly on the run-up to the year-end diamond jewellery sales in the US, the world’s leading market for these products, as a way to stimulate demand for polished diamonds and removing inventory held by cutting and polishing firms, collectively known as the mid-stream segment.

“With the sixth cycle of the year, De Beers has allowed its customers to defer purchases under its sightholder system. This should allow the midstream to destock in front of the important holiday season later in the year,” said RBC Capital Markets analyst Tyler Broda.

“The downstream continues to see modest growth rates in sales which should help bring some normalcy back towards the backend of the year. We question whether the market will be strong enough to absorb these held-back diamonds in 2019 and potentially could also see lower sales figures in the next sight.”

The next sales event starts on August 19 and runs to August 23.

Polished-diamond experts Rapaport said earlier in July that cutters and polishers had cut production by a third to bring the market back into balance.

The global diamond mining industry is waiting for Rio Tinto to close its Argyle mine in Australia in 2020. The mine produces about 10% of the world’s 140-million carats and most of these diamonds are small, lower-quality diamonds.

CEO says increased spending on diamond marketing is critical at this difficult time for the global industry.
Companies
2 years ago