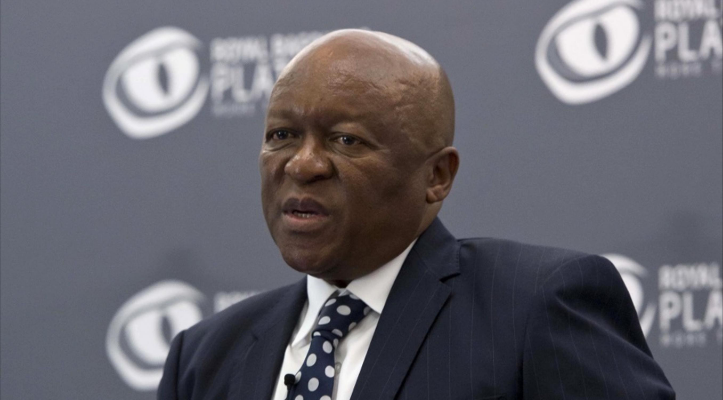 In its latest quarterly production update, Royal Bafokeng Platinum (RBPlat) offset lower output from its older mine with rapidly increasing production from its new R11bn Styldrift mine.

RBPlat has the Bafokeng Rasimone Platinum Mine (BRPM) near Rustenburg and the new Styldrift mine near Sun City where the company plans to produce 150,000 tonnes of good-quality ore a month by end-2018 in its first phase.

The Styldrift ore will be treated at the newly bought Maseve concentrator once owned at the failed neighbouring mine owned by Canada’s Platinum Group Metals.

For the quarter to end-September, RBPlat said it had increased ore tonnages delivered more than 18% to 939,000 tonnes, with Styldrift making up 356,000 tonnes.

Two fatal accidents at BRPM and the associated safety stoppages imposed by the department of mineral resources resulted in a loss of 52,000 tonnes during the period.

RBPlat CEO Steve Phiri, was one of the most outspoken CEOs during the two-year reign of Mosebenzi Zwane as mineral resources minister, and he pointed out how RBPlat was punished with safety stoppages and audits after it stopped using JIC Mining, a contract company associated with the politically connected Gupta family.

The highly sought after Merensky Reef accounted for 875,000 tonnes of the 981,000 tonnes milled during the three-month period, with UG2 reef, which has a high chrome content and is less favoured, making up the balance.

A 9% increase in tonnes milled for the first nine months of 2018, rising to 2.5-million tonnes, was mainly a result of Styldrift coming into production and offsetting the suspension of a project at BRPM to mine UG2 reef, resulting in lower output from that mine.

A masterstroke by the RBPlat board was the $70m purchase of the Maseve concentrator and mine, which Platinum Group Metals had spent $500m building but failed to bring to account.

RBPlat could not build a concentrator the size of the 110,000 tonnes a month plant at Maseve for what it paid for the entire mining operation. The concentrator is close to Styldrift and was commissioned in August, and treated a total of 141,000 tonnes during the quarter.

RBPlat noted that the combined recoveries at its concentrators at Maseve and BRPM had fallen by nearly 2% to 84.5% because of the lower grade material coming from Styldrift and “lower recovery potential of the Maseve plant in its current configuration.”

It is likely that RBPlat will tweak the Maseve concentrator once it is in full production.

In the first nine months of the 2018 financial year, RBPlat generated 173,000oz of platinum in concentrate, a 10% increase compared to the same period a year earlier, while production of the key four platinum group metals increased by a similar percentage to 267,000oz.

Tightening its full-year guidance, RBPlat said it expected to produce between 370,000oz and 380,000oz of the four key metals.

The mechanised mine will change its cost structure, allowing it to ride out the prevailing weakness in the platinum price
Companies
2 years ago

Royal Bafokeng Platinum’s revenue rose 4% in the first half, with the full-year output target maintained at 370,000oz-387,000oz, and below-inflation ...
Companies
2 years ago