Subsidiary Consolidated Power Projects has struggled with a lack of contracts, with Covid-19 dealing an additional blow 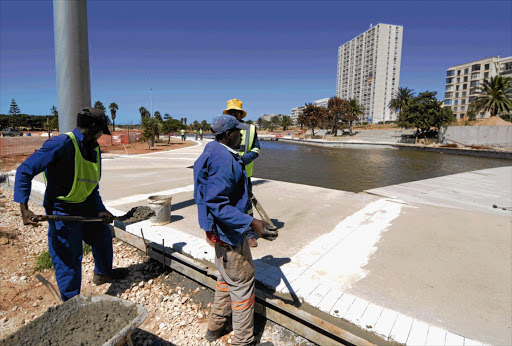 Poor managerial controls, a dearth of work from Eskom and the economic lockdown in response to the pandemic mean that Consolidated Power Projects (Conco) is in dire need of a financial restructure process.

CIL opted to place the subsidiary that generated more than 60% of the group’s revenue in its year to end-August 2019, the group’s last available full-year results, into voluntary rescue because of a lack of support from its bondholders.

CIL’s share price closed 65% lower on Tuesday at 7c, its worst one-day performance in more than three years, and left the company with a market value of R28.1m. The share peaked at R34.55 in 2015.

Anthony Clark, research analyst and fund manager at Small Talk Daily Research said it was possible that CIL's listing would be suspended after the business rescue announcement for Conco.

CIL reported in 2019 that the subsidiary was facing costs related to overheads for projects that it failed to secure. The subsidiary had reported a loss of R878.8m to end-August 2019.

At the end of the group’s 2019 year, its liabilities exceeded its assets by R701.3m, but in March it announced it had reached an agreement with lenders to convert short-term debt into longer-term debt. 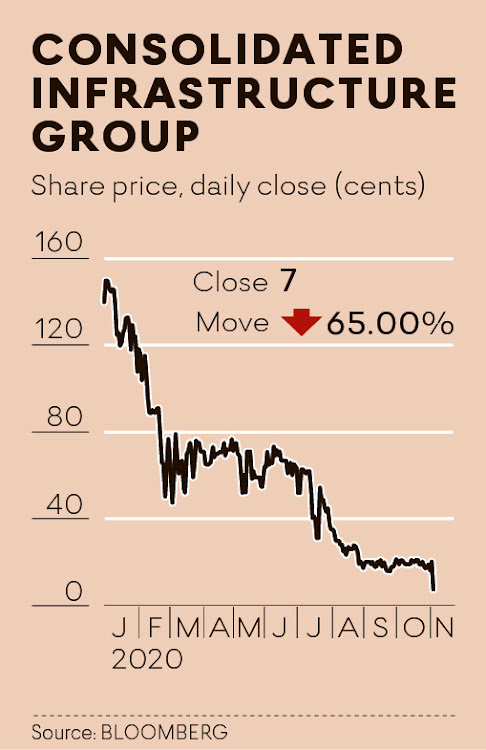 The group — with a portfolio that straddles power, building materials, oil and gas, as well as rail — said earlier in 2020 that the pandemic brought operations to a standstill for two months, followed by a slow restart. The group has been seeking concessions from lenders for the subsidiary, but said on Tuesday that talks were unsuccessful.

The group made the application for business rescue — a form of protection against creditors that buys time to try to save a company — on Monday. The appointment of a business rescue practitioner is being finalised, and the group will update shareholders with details in due course.

The company, along with its peers, have struggled in recent years due to tough economic conditions, in which engineering, procurement and construction are under pressure, especially due to a slowdown in infrastructure spending by Eskom and municipalities.

Clark said CIL could be turned around and become profitable again but it was facing a plethora of challenges and would need to sell businesses to ease debt of between R1bn and R2bn.

“There is inherent value in CIL. What's happened here is that Conco has been the albatross which sank it,” Clark said.

Clark said Conco had grown quickly with its involvement in renewable energy projects and it had reached a point where it was mismanaged.

“The controls and systems were not sufficiently strong enough. Conco's management made changes to the business which CIL did not know about. Conco fiddled the books to mask the financial  weaknesses of its businesses,” he said.

CIL is more than 50% owned by Canadian group Fairfax Africa, which has invested more than R800m to try to turn the group's fortunes around.

Clark said two businesses which CIL may consider selling were Conlog and Angola Environmental Services (AGS), both of which had been strong performers in the past.

Update: November 3 2020 This article has been updated with information throughout.

The listed company says it wants to focus on turning around its largest subsidiary, Conco
Companies
1 year ago

Is it time for investors to abandon the long-promised rebirth of the construction sector?
Features
2 years ago
Next Article