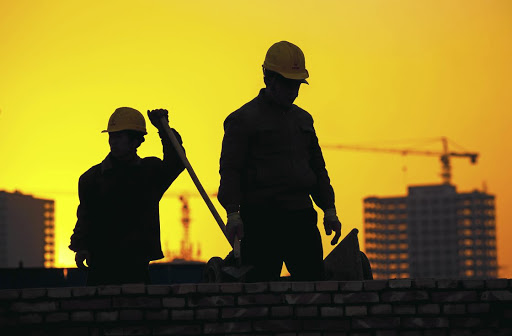 After an unprecedented slump in SA’s construction industry in the first half of 2020, early signs are for a rebound during the summer months, according to building materials and construction group Afrimat.

Construction and mining were the worst affected SA industries during the second quarter of 2020, with construction falling 33.4% year on year, data from Stats SA showed on Tuesday.

However, low interest rates and huge pressure to catch up on projects is pointing to a bumper fourth quarter, Afrimat said, amid a meaningful recovery in the third.

The second quarter was a “predicable disaster”, says economist Roelof Botha, but the industry seems to be recovering rapidly.

This is evident through, among other signs, a 4% year-on-year increase in hardware sales in June, he said.

SA’s construction industry slumped in the first three months of 2020, with the Afrimat Construction Index showing that activity in the sector was just below that of the same period in 2011.

The index for the second quarter released on Thursday showed a decline to 65.4 points, meaning activity was less than two-thirds of that of the first quarter of 2011, which is used as a basis for comparison.

The index, compiled by Botha, is a composite indicator of the level of activity in the building and construction sectors.

Constituent indicators within the index include salaries and wages in the construction sector, the value of buildings completed, sales of building materials, as well as passing of building plans.

“When the lockdown came, the sector temporarily almost ground to a halt, with April recording insignificant levels of activity for every key indicator relevant to construction,” Afrimat said.

Before the Covid-19 pandemic, the sector had been battling with low levels of business confidence, high interest rates, declining levels of public sector expenditure on infrastructure and lethargic economic growth in general.

The sector only contributes about 3.3% to SA’s GDP, but has critical links to other sectors and is crucial to the development of new infrastructure.

Botha said the importance of currently low interest rates should not be underestimated, while the sector would also benefit from the government’s efforts to push ahead with infrastructure projects, with details of 51 projects already having been gazetted.

Tenders have been issued, and work on some could start by the end of October.

Contractors and builders are also under huge pressure to catch up on lost construction time, and the imminent further relaxation of lockdown regulations could pave the way for a bumper fourth quarter for the construction sector, Afrimat said.

“Overtime work will also be facilitated by the return of the summer. During December, the interior of the country enjoys almost 14 hours of daylight,” Afrimat said.

Unlike many others, infrastructure firms Afrimat and Raubex are flourishing, writes Anthony Clark
Companies
10 months ago

The biggest decline was in the value of new building plans passed, which fell 25.9%
Economy
1 year ago

WATCH: How building activity slumped in the first quarter

WATCH: The little kernel of good news for construction companies

WATCH: The little kernel of good news for construction companies