Maker of aluminium products didn’t give details, but its shares have almost doubled this week as prices of the metal test a 13-year high 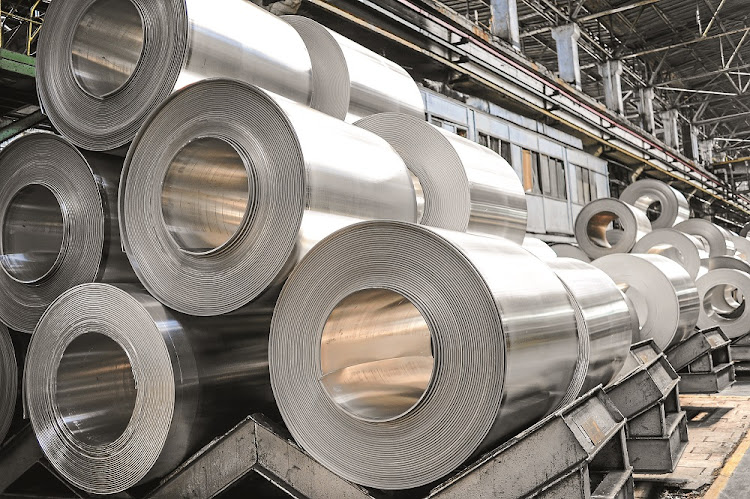 Aluminium products group Hulamin’s stock soared almost 40% on Thursday, almost doubling in the week to date, after the company said it was in talks that may affect its stock.

Hulamin, now valued at R1.4bn on the JSE, did not go into detail about the discussions, but its shares rose to as much as R4.43 each — their highest since April 2019.

In afternoon trade the group was trading 38% higher at R4.41, on track for its best day since listing in 2007, which followed its unbundling from Tongaat Hulett.

Hulamin has rocketed since Monday, amid speculation that rising prices of the highly recyclable metal would boost the value of the group’s inventory. The Pietermaritzburg-based group reported inventories of R2.63bn at the end of June, when aluminium fetched $2,512 per tonne. It has since risen to $3,156.19 per tonne.

David Shapiro from Sasfin Securities said the cautionary announcement, and the share moves, raised questions about what information may be out there in the market.

“There is no doubt there is value in the operation. Last year the market value was under R500m,” he said. Hulamin, which buys, processes, and then sells aluminium products, may score off excess stock, said Shapiro, but would also need to replace inventory, and the question then was whether it could pass on price increases.

Aluminium prices have surged to a 13-year high recently, driven by a recovery in automotive production in 2021, while China has also been curbing emissions in energy-intensive industries such as steel and aluminium, leading to supply concerns.

A military coup in Guinea in September also has boosted prices because the West African country has the world’s largest reserves of bauxite, an aluminium-rich ore.

Update: October 14 2021
This article has been updated with additional information and industry comment. 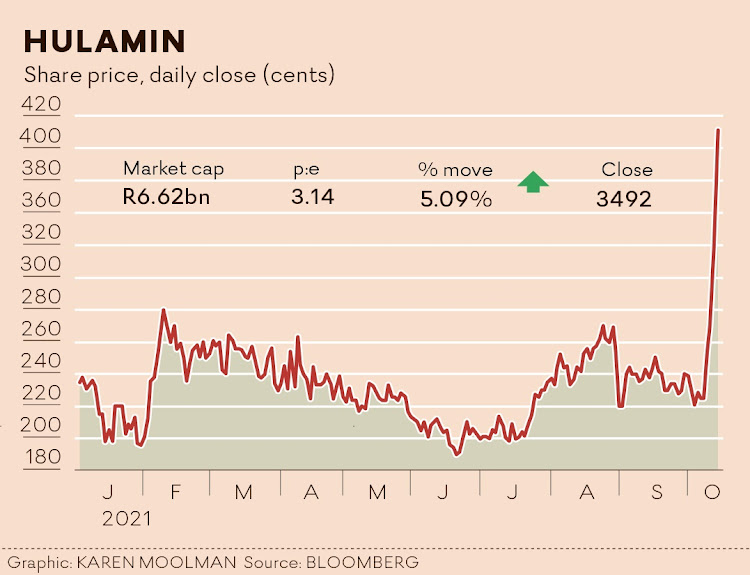 Hulamin had been suffering disruptions of its US supply chain, and there were rumours of an antidumping case in the US
Opinion
1 year ago

Aluminium group says that with a full order book, the worst of the pandemic is behind it
Business
1 year ago

Unbundlings are a great way to unleash a company’s potential. The FM sets out its list of likely candidates
Money & Investing
1 year ago

The aluminium group had cut about 15% of its workforce in 2019, which helped it narrow its headline loss despite Covid-19
Companies
1 year ago
Next Article