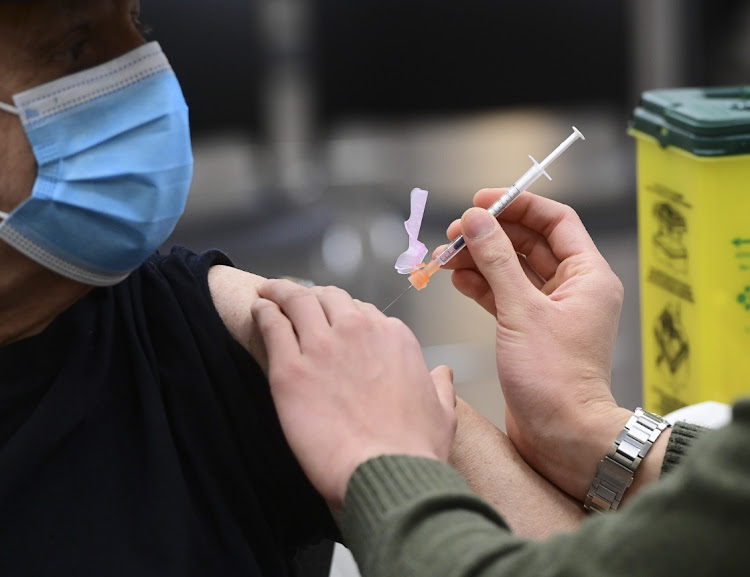 BioNTech  and Pfizer raised 2021’s production target for their Covid-19 vaccine to as many as 2.5-billion doses, with the German biotech company’s chief predicting a version of the shot that can be stored in refrigerators will be ready within months.

The new target represents an increase of about one-quarter from the company’s earlier estimate.

The world’s thirst for more shots has challenged vaccine makers, who had to pivot from a breakneck development pace to ensuring production capacity. Pfizer and BioNTech have repeatedly revised their targets as they scaled up production, largely avoiding the controversies facing other drugmakers such as AstraZeneca.

“We are seeing an increased demand,” BioNTech CEO Ugur Sahin said in an interview. “At the moment we have prepared ourselves to produce 2.5-billion doses, but in principle there is room for further increase.”

On Tuesday, BioNTech said it’s also pushing forward to address a weakness of its shot — the need for longer-term storage at ultra-cold temperatures. The company said it’s advancing with two new formulations: a ready-to-use vaccine that can be stored at fridge temperatures, and a freeze-dried version that could be stockpiled by governments in the future.

The vaccine, the first cleared in the US and EU, has catapulted BioNTech into the front ranks of European biotechs, allowing it to generate enough revenue to report its first profit.

Sahin and Ozlem Tureci, his wife and co-founder, have said they’ll use the vaccine profits to push forward with research in other areas as well. The messenger RNA technology is being studied for other types of vaccines, including seasonal flu, and could also have applications as a treatment for cancer and other diseases.

“That is the transformative impact of having the Covid-19 vaccine,” Sahin said. He praised the Pfizer collaboration but said BioNTech could work with other big pharmaceutical companies as well — or press forward on its own. “Our priority is really to exploit the full potential of what we can develop.”

BioNTech’s ADRs rose as much as 6.9% in US trading. Pfizer traded 1% lower.

The partners had previously said they could make about 2-billion pandemic shots this year, enough to immunise 1-billion people. Next year, they could have capacity to make 3-billion doses, Sahin said in a March 9 interview.

By early in the second half of this year, the companies should be able to offer a ready-to-use formulation of the vaccine that could be stored at refrigerator temperatures, Sahin said. That would make it much easier for doctors’ offices and pharmacies to store and dispense the shot. The current version requires freezer storage.

The freeze-dried formulation also in the works will require a clinical trial to ensure it’s safe and works as well as the original. That study will start in the US in April, BioNTech said, and should have data by the third quarter. Such a version of the vaccine could be stockpiled by governments and shipped and stored even more easily.

BioNTech said it expects €9.8bn in revenue from the supply contracts signed already. Even the people already vaccinated will probably require booster shots, potentially after six to nine months, Sahin said on a conference call.

The company reported €366.9m in fourth-quarter profit and it had €1.2bn in cash at the end of the year. It expects to spend as much as €850m on research & development this year.

Here we are, heading towards Easter with only health workers having been vaccinated
Opinion
3 weeks ago