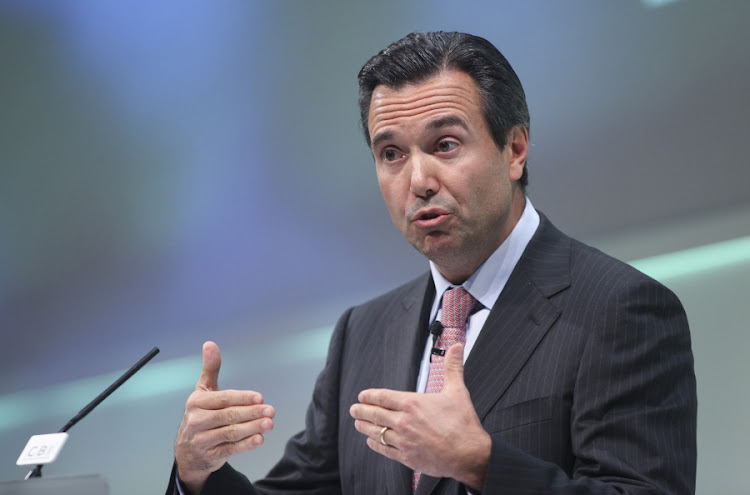 Singapore — Credit Suisse chair Antonio Horta-Osorio has resigned after flouting Covid-19 quarantine rules, the bank said on Monday, raising questions over the embattled lender's new strategy as it tries to recover from a string of scandals.

This comes less than a year after Horta-Osorio was hired to help the bank deal with the implosion of collapsed investment firm Archegos and the insolvency of British supply chain finance company Greenshill Capital, even as it was still reeling from the 2020 exit of its CEO Tidjane Thiam over a spying scandal.

Combined, these triggered multibillion dollar losses and sackings at Switzerland's No 2 bank, and Horta-Osorio announced a new strategy in November to rein in its investment bankers and curb a freewheeling culture.

However, Horta-Osorio's personal conduct has recently come under scrutiny, with reports he breached Covid-19 quarantine rules twice in 2021.

“I regret that a number of my personal actions have led to difficulties for the bank and compromised my ability to represent the bank internally and externally,” Horta-Osorio said in a statement issued by Credit Suisse.

“I therefore believe that my resignation is in the interest of the bank and its stakeholders at this crucial time,” added Horta-Osorio, the former CEO of Lloyds.

Credit Suisse said Horta-Osorio resigned after an investigation commissioned by the board, and that board member Axel Lehmann had taken over as chair with immediate effect.

“It has been in the 'damaged goods' section for a while now. While Horta was responsible for the new strategy, his short tenure means that the revamp is likely to only be in the nascent stages,” said Justin Tang, head of Asian research at investment adviser United First Partners in Singapore.

“The irony of it is that Horta was hired to fix the reputational damage to Credit Suisse and revamp its risk taking culture in the bank,” Tang added.

In December, Reuters reported that a preliminary internal bank investigation had found that Horta-Osorio attended the Wimbledon tennis finals in London in July without after Britain's quarantine rules.

Horta-Osorio also broke Covid-19 rules on a visit to Switzerland in November by leaving the country during a 10-day quarantine period, the bank said in December.

Public scrutiny of the actions of politicians and athletes has increased amid Covid-19 curbs as governments push to get their population vaccinated.

Tennis superstar Novak Djokovic flew out of Australia on Sunday after a court upheld the government's decision to cancel his visa, capping days of drama over the country's Covid-19 entry rules and his unvaccinated status.

In Britain, Prime Minister Boris Johnson is under pressure to resign after admitting he attended staff drinks during the May 2020 lockdown.

Credit Suisse said on Monday that Lehmann, the board and the executive board will continue to implement the bank's strategy.

“We have set the right course with the new strategy and will continue to embed a stronger risk culture,” Lehmann said in the bank's statement.

Horta-Osorio's sudden exit demoralised staff at Credit Suisse, with some questioning what was next for the bank.

“What a waste and again we make the headlines for the wrong reason,” a senior Credit Suisse private banker said on condition of anonymity as he was not allowed to speak to media.

“In between we froze for one year waiting for the new strategy from the new man!” he said.

The investment bank advised on more than $1-trillion worth of M&A deals, giving it a market share of more than 24%
Companies
4 months ago