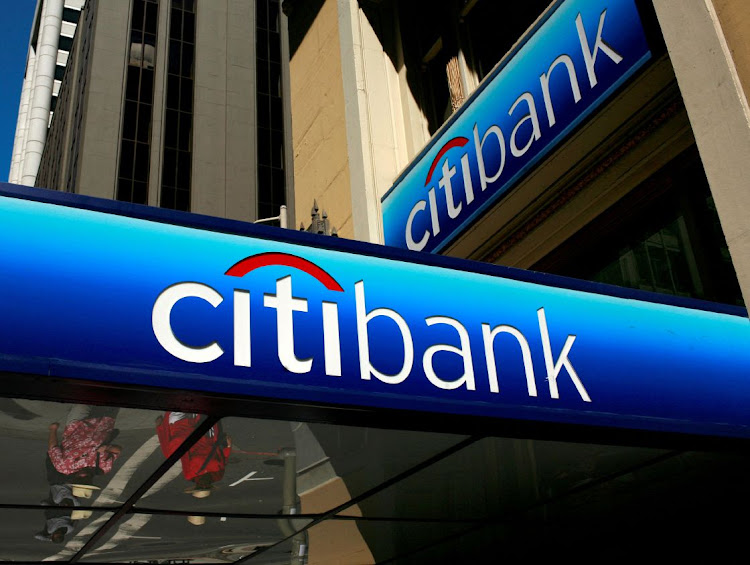 People walk beneath Citibank signage in the financial district of San Francisco, California, the US. Picture: ROBERT GALBRAITH/REUTERS

Citigroup displayed some of the financial bruises sustained in its current restructuring as it reported a 26% drop in fourth-quarter profit on Friday.

The bank said results were depressed by $1.1bn in after-tax expenses for its divestitures of consumer banking businesses outside the US. The lender has been shedding the last of its non-US consumer businesses as part of a “strategy refresh” started by CEO Jane Fraser, who took the helm in March 2021.

Operating expenses were up 18% from a year earlier with the charges and up 8% for its ongoing businesses.

It has also spent more in the past few quarters to fix issues regulators identified in its controls systems, leading to questions from investors about how much money and time the remedies will require.

The bank said it would wind down its huge consumer bank in Mexico and earlier on Friday announced the sale of its retail arms in Indonesia, Malaysia, Thailand and Vietnam to Singapore-based lender United Overseas Bank.

Fraser said the decision on the Mexico business is the last big move to come from the new strategy, which will focus more tightly on Citigroup’s institutional businesses.

She said the Mexico business is “a jewel”, but for someone else.

“Our vision for Citi is to be the pre-eminent bank for institutions with cross-border needs,” Fraser told analysts, adding that it also aims to be a “global leader in wealth, a major player in consumer payments and lending in the home market”.

Citigroup’s costs have also risen due to a battle for talent on Wall Street, which has prompted global banks to offer perks like higher pay and bonuses.

“We have seen some pressure in what one has to pay to attract talent,” CFO Mark Mason said on a post-earnings call with reporters.

The profit drop sent the company’s shares down as much as 3.5% in early trading, but they pared losses after Mason confirmed that the company will resume share buybacks as planned. The stock closed down 1.2% on Friday.

Citi had suspended buybacks in the fourth quarter to build capital ahead of charges for shutting down its Korean consumer business and the effect of a new rule on capital for derivatives risk.

“Spending rates have picked up, which is good, but we have to see that materialise into average interest-earning balances which means payment rates have to normalise,” Mason said.

Revenue from Treasury and Trade Solutions, generally considered Citigroup’s strongest corporate business, was down 1% due to low interest rates.

Net interest margin, which measures the difference between what Citigroup pays for money and earns from loans and securities, declined to 1.98% from 2.06% a year earlier.

A bright spot during the quarter was the bank’s investment banking business, which posted a 43% jump in revenue.

Total revenue increased 1% from a year earlier to $17bn.