The lender cuts its dividend to 10c a share from 51c 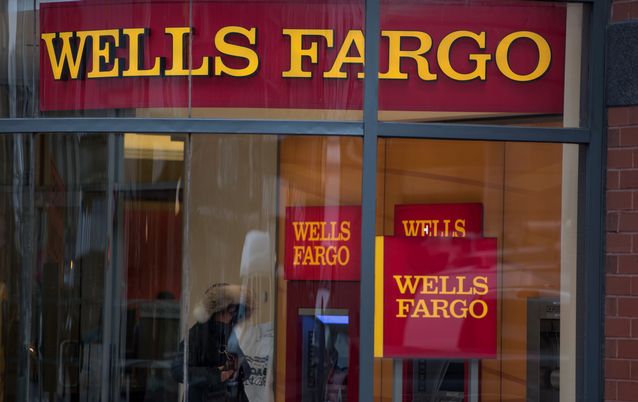 New York —  Wells Fargo slumped on Tuesday after reporting its first quarterly loss since 2008 as loan-loss provisions soared with the bank expecting a more severe downturn from the coronavirus pandemic.

The firm set aside a record $9.5bn for credit losses, about $4bn more than analysts had expected. Wells Fargo executives had warned they would earmark more for soured loans than the first quarter’s $4bn as the pandemic continues to rage throughout the US and weigh on companies and workers.

The San Francisco-based lender also cut its dividend to 10c  a share from 51c. Wells Fargo said in June it would lower the payout after the Federal Reserve implemented a new rule tying dividends to earnings. The bank’s $2.4bn loss in the second quarter was a stark turnaround from the near-record $6.2bn in profit it posted a year ago.

“We are extremely disappointed in both our second-quarter results and our intent to reduce our dividend,” CEO Charlie Scharf said in a statement on Tuesday. “Our view of the length and severity of the economic downturn has deteriorated considerably from the assumptions used last quarter.”

Wells Fargo’s results show how bad the bank predicts things could get after a surge in unemployment and nationwide stay-at-home orders in the second quarter. Soured-loan provisions are spiking across the industry for the second straight quarter.

One analyst, Erika Najarian at Bank of America, warned on Monday that Wells Fargo could eventually cut its dividend to zero.

Non-interest expenses rose to $14.6bn from $13.4bn a year ago. Costs in the second quarter were boosted by $1.2bn that the firm attributed primarily to customer remediation tied to scandals in recent years. It also reported $382m in personnel, occupancy and technology expenses tied to Covid-19.

Wells Fargo is under pressure to dramatically reduce costs and is planning thousands of job cuts in 2020, Bloomberg reported last week. The move has the potential to set a bleak precedent for an industry that has  been largely resisting mass layoffs during the pandemic.

JPMorgan Chase and Citigroup reported results on Tuesday that were helped by volatile equity and debt markets. JPMorgan, the largest US bank, said second-quarter profit fell 51%, a smaller drop than forecast, as record trading revenue helped counter the biggest loan-loss provision in the firm’s history. Citigroup had a $1.3bn profit as revenue from fixed-income trading surged 68%, beating the most optimistic analyst estimates. Wells Fargo has a much smaller investment-banking presence than peers and hasn’t got the same aid to earnings.

Non-performing assets jumped 22% from the first quarter, largely driven by soured loans to the oil and gas and commercial real estate industries. The bank boosted its reserve for credit losses by $8.4b in the period, with more than three-quarters of the increase coming on the commercial side.

Wells Fargo's revenue fell to $17.8bn, missing analysts’ average estimate of $18.5bn. The bank’s efficiency ratio, a measure of profitability, worsened to 81.6% from 73.6% in the first quarter, according to Tuesday’s statement. Its net interest income fell by $2.2bn from a year earlier to $9.9bn.

CFO John Shrewsberry said in June net interest income will decline more than 11% in 2020 after the Fed slashed interest rates.

The bank's second-quarter trading set a record, but it has yet to feel the effects of the US government’s stimulus measures tapering off
Companies
9 months ago

Lloyds and Barclays are looking to change their strategies — at the worst possible time, writes Elisa Martinuzzi
Opinion
9 months ago