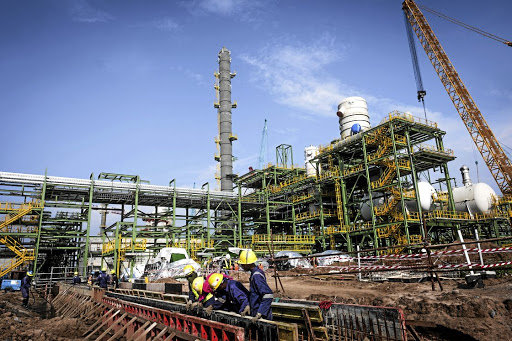 A giant oil refinery complex being built in Nigeria by a company owned by Aliko Dangote, Africa’s richest person, will cost more than double the amount originally projected.

“Our capex will almost go to $19bn by the time we finish,” Devakumar Edwin, group executive director of Dangote Industries, said in an interview broadcast on Arise News on August 31.

The facility near Lagos, Nigeria’s commercial hub, was expected to cost $9bn eight years ago, a price tag that had climbed to $15bn by 2019.

The 650,000 barrel-a-day refinery is part of a vast petrochemical project that will also house the world’s biggest ammonia plant. Once operational, the facility is intended to curb, or even end, the nation’s dependence on fuel imports — a source of embarrassment for the government of Africa’s largest crude producer.

The refinery will be able to supply all the petrol, diesel and aviation fuel used in the West African country, and a third of its output will still be available for export, Dangote told the Lagos-based television station. Originally set for completion in 2016, the project is now expected to be commissioned in 2022.

State-owned Nigerian National Petroleum Corporation (NNPC), which is buying a 20% stake in the complex for $2.7bn, will pay a third of the purchase price in cash, Dangote said. Another third will be covered by supplying crude to the refinery, and the remainder “will be paid from the profit they are going to make from the business”, he said.

The NNPC said in June that the African Export-Import Bank is raising up to $1bn to help it finance the acquisition.

Boko Haram fighters kill at least 16 soldiers in attack on military post in ...

Boko Haram fighters kill at least 16 soldiers in attack on military post in ...