Billionaire activist investor intensifies fight with fast-food giant over its ‘obscene’ treatment of animals, including use of small crates to house pregnant sows 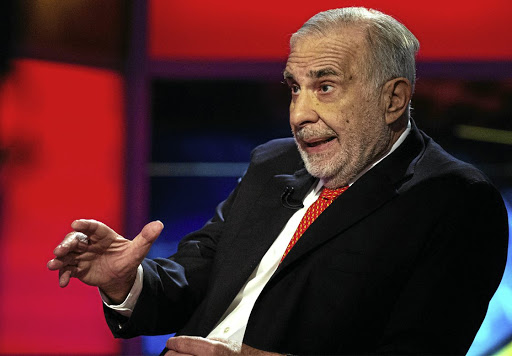 Billionaire activist investor Carl Icahn has nominated two members to McDonald’s board of directors in an escalating fight over the treatment of pigs by the fast-food giant’s suppliers.

Icahn, who stated that he holds 200 shares in the company, nominated Leslie Samuelrich and Maisie Ganzler to stand for election at the 2022 annual meeting, the company said in a statement, adding that it would evaluate the nominees as it would any other board candidates.

Icahn has previously said that it is “obscene” how the animals used for McDonald’s products are treated.

He has insisted on new McDonald’s commitments, including requiring all of the company’s US pork suppliers to move to “crate-free” pork, and set specific time frames, the company said.

Such a commitment would be impossible given the current supply “and would harm the company’s shared pursuit of providing customers with high quality products at accessible prices”, the statement said.

McDonald’s pledged in 2012 to source pork from producers who do not use small crates to house pregnant sows. Icahn pushed for the change behind the scenes, the Wall Street Journal reported earlier in February.

“Since making this commitment, McDonald’s has led the industry, and today an estimated 30%-35% of US pork production has moved to group housing systems,” the company’s statement said.

McDonald’s also said it was “noteworthy” that Icahn, the majority owner of Viskase, a company that supplies packaging for the pork industry, “has not publicly called on Viskase to adopt commitments similar to those of McDonald’s 2012 commitment”. Icahn did not immediately respond to a request for comment.

McDonald’s said it sources only about 1% of its US pork production and does not own any sows, or produce or package pork in the US.

Icahn, who became known as a corporate raider on Wall Street, was embroiled in a proxy battle with Southwest Gas Holding in November 2021.

ANN CROTTY: So much for shareholder democracy

BlackRock wants to bring ‘more democracy’ to capitalism. Is it a ploy to take the environmental, social, and governance pressure off fund managers?
Opinion
5 months ago

When firms are targets of activists

Indifferent investment returns are sometimes a trigger for activists to become involved, writes Anthony Clark
Companies
10 months ago
Next Article