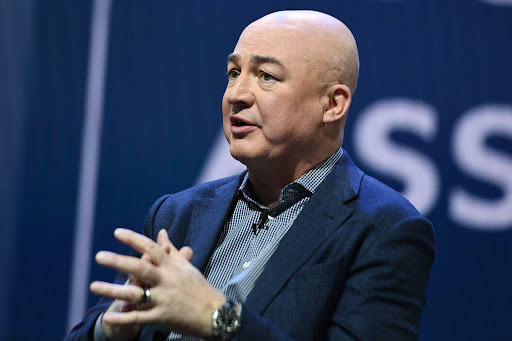 London/Boston — Criticised by a major investor for focusing on sustainability more than financial performance, Unilever CEO Alan Jope will be under pressure at the consumer goods group’s quarterly results on Thursday to show the two can go hand in hand.

Unilever says on its website its 400 brands from Magnum ice cream to Sunsilk shampoo “are on a global mission to do good”. Many back social or environmental causes, like recycling plastics in the case of Hellmann’s mayonnaise.

In 2019, months after taking over as CEO, Jope said “brands without a purpose will have no long-term future with Unilever”.

But the company’s sales growth and margins have been lagging behind those of rivals and its shares have fallen about 13% in the past year. That, coupled with a failed £50bn bid for GlaxoSmithKline’s consumer health business, has prompted some investors to question its strategy.

Last month, Terry Smith, CEO of Unilever’s ninth-biggest shareholder Fundsmith, accused management of being “obsessed with publicly displaying sustainability credentials at the expense of focusing on the fundamentals of the business”.

Reuters spoke with a dozen Unilever investors ahead of its results. While most praised it for putting environmental, social and governance (ESG) issues front and centre for its brands, half said they hoped Jope would provide greater clarity on how it would balance this with financial performance. Jope has yet to respond publicly to Smith’s comments.

But the pressure could be building.

It was reported last month that activist shareholder Nelson Peltz’s Trian Partners had built a stake in Unilever. Trian has not confirmed this and, like Fundsmith and Unilever, declined to comment for this story.

Madeline Wright, a deputy portfolio manager at No 4 investor Lindsell Train, said Unilever had managed to “get their messaging right” and “radically increase” the value of its brands.

She was one of two investors to highlight Dove soap, saying the brand was worth more than €4.5bn, up from €2bn in 2004 at the start of a body-positive campaign featuring women of various ethnicities and sizes.

Unilever is expected to report a 3.8% rise in fourth-quarter underlying sales, little changed on growth a year earlier, and lower full-year margins amid rising raw material, labour and transport costs.

Its exposure to certain foods and emerging markets — where inflation is surging — has put it at a disadvantage to rivals Procter & Gamble (P&G) and Nestlé, according to some analysts. Unilever in late January announced a restructuring of its business and plans to axe 1,500 managers.

It is difficult to know if Unilever’s ESG initiatives have driven profit because the company has not spelt out how much they have cost, JPMorgan analyst Celine Pannuti said.

At an industry conference in February 2021, Jope said a commitment to sustainability was “a driver of superior financial performance and lower risk”, though he told Reuters Breakingviews in November that Unilever tried to stick to things “close to our own business operations”.

But that hasn’t prevented controversies.

In late 2021, at least six US pension systems — from New York State to Illinois — cut or limited their stakes in Unilever after its Ben & Jerry’s ice cream brand said it would stop sales in Israeli-occupied Palestinian territories, in a protest against Israeli settlements.

Jope so far has supported Ben & Jerry’s right to “take decisions about its social mission”, as a Unilever press release once put it.

Dan Kern, chief investment officer of TFC Financial Management in Boston, which has about $2m worth of Unilever shares, said the company needed to show it can keep its ESG focus while emulating P&G and Nestlé, which he said had done a better job cutting costs and picking brands on which to focus.

ANDREA FELSTED: Unilever breakup a real prospect as units may be worth more ...

Investors urge Unilever to put health on the menu

ANDREA FELSTED: Unilever breakup a real prospect as units may be worth more ...

Investors urge Unilever to put health on the menu