Food delivery app usage has not slowed down, yet most of the companies are losing money and the increasing need for scale means the market is ripe for consolidation 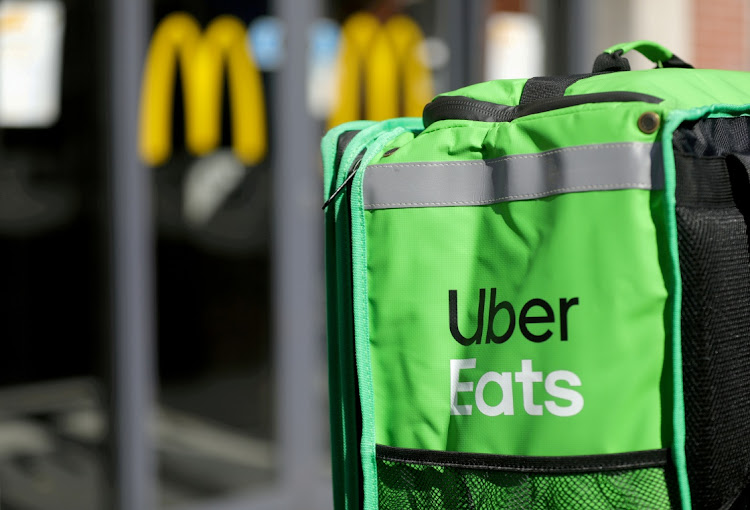 Amsterdam — The meal-delivery market is expected to turn to a phase of consolidation in the coming months as players look to adjust operations after the explosive boom in demand served up to them during the Covid-19 pandemic.

The industry, which includes the likes of Uber Eats, Just Eat Takeaway and Deliveroo, generally saw share prices spike during 2020 as lockdowns and other restrictions kept people eating at home.

Investor sentiment has turned in 2021 in anticipation of a return to normal, but experts say consumers' ordering habits have most likely changed permanently.

“Food delivery app usage has not slowed down, even as consumers return to in-person dining more frequently,” said Alisha Kapur of Similarweb, which analyses web traffic and app downloads.

Yet most of the companies are losing money and the increasing need for scale means the market is ripe for consolidation, according to industry experts.

Kapur said it was “very rare” for significant numbers of consumers to change the meal delivery apps they're accustomed to using, with “a few exceptions that demonstrate the largest players are only grabbing more share”.

Stock prices across the sector have stabilised after the pandemic-driven spike and many players have actually seen them fall in 2021, also hit by developments such as a 15% cap on commission fees they can charge restaurants in New York City, imposed in August.

While Amazon-backed Deliveroo raised its full-year guidance on Wednesday, its shares are still trading well below its 390 pence March IPO price.

Just Eat Takeaway has fared the worst, though. Its $7.3bn acquisition of US rival GrubHub in June looked smart against the new industry landscape, but it has left the Netherlands-based company heavily exposed to the New York cap, which it says will cost it about €100m in the second half of 2021.

Takeaway shares have sunk more than 20% in 2021 prompting a major long-term shareholder, Cat Rock, to call on management to sell assets and explore strategic combinations.

As a result, the company is at the centre of industry deal talk.

Potential targets for acquisition, according to analysts, include Takeaway's 33% stake in iFood of Brazil, valued at more than $3bn, parts of its US business, which requires significant investment, and its French business, which trails Uber and Deliveroo in that market.

Groen and other senior executives are due to meet worried investors on Thursday to outline strategy.

“Investors are looking for a clear plan to improve in the US, a clear plan to defend market shares in Europe, and especially in Germany, said Clément Genelot, an analyst at Bryan Garnier & Co, who launched coverage of Takeaway with a well-timed “Sell” recommendation in May.

“And also a clear vision and a clear plan to quickly roll out grocery delivery.”

Takeaway said it was confident it would address key investor concerns, including an update on “portfolio management” and investment priorities, at the capital markets day.

Grocery delivery is proving another hot area for deals and partnerships in the industry.

Deliveroo has been most aggressive in working with grocery chains, with the support of 12% shareholder Amazon.

Uber told Reuters its meal delivery business was also “very much leaning into grocery”, pointing to a deal with Britain's Sainsbury's and France's Carrefour.

Others are looking to take advantage on a blizzard of launches of “on demand” grocery delivery start-ups, especially in Europe.

DoorDash has invested in Germanys Flink. Delivery Hero, one of Takeaway's oldest competitors, said on Tuesday it has taken an 8% stake in another German start-up, Gorillas.

Delivery Hero, a prolific investor, owns 7.4% of Takeaway and a 5.03% stake in Deliveroo. It also owns 37% of Glovo, and the pair sold each other operations in the Balkans and in Latin America during the pandemic.

Technology investor Prosus in turn owns 27.42% of Delivery Hero and a majority stake in Brazil's iFood, setting the Prosus-Delivery Hero pair up as possible deal brokers.

Burger chain reports a 12.9% jump in franchise revenue in the 12 months ended June as diners opt for deliveries and takeaways
Companies
2 months ago