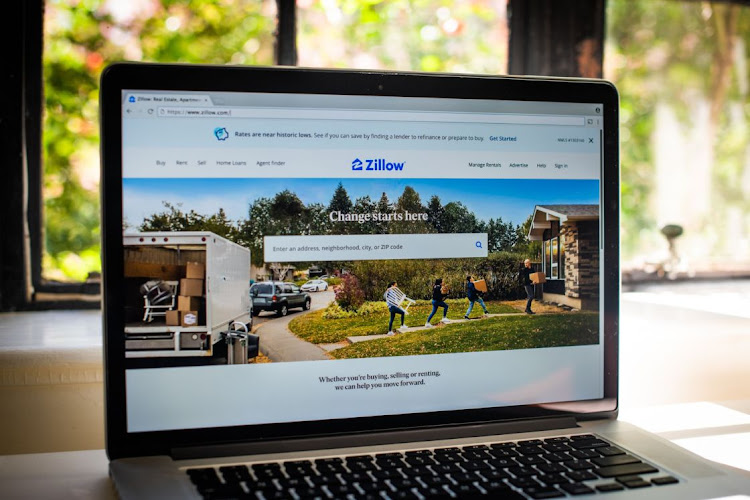 The Zillow website is shown on a laptop computer arranged in Dobbs Ferry, New York, US. File photo: BLOOMBERG/TIFFANY HAGLER-GEARD

Zillow Group is best known for the addictive real estate listings that keep people browsing the internet all night, checking out interior shots of homes for sale or the estimated prices of their own houses or the ones down the street. But CEO Rich Barton has staked his company’s future on a bet that its software can also ease a critical pain point for US homeowners: the time it takes to sell. In recent years, Zillow has essentially dived into the house-flipping business, offering to quickly take properties off sellers’ hands. And in the process it is helping pull Wall Street even deeper into the $2-trillion US housing market.

In August, Zillow raised $450m from a bond backed by homes it has bought but not yet sold. The offering, led by Credit Suisse Group, was modelled on the loan facilities that car dealerships use to finance floor models. The novelty of using that structure for houses didn’t scare off investors hungry for a new way to bet on the hottest housing market on record. The offering was oversubscribed and Zillow, which declined to comment on its bond market activities, is now in the process of selling another $700m in bonds.

More such offerings are almost certainly coming. Zillow is one of a growing field of tech companies, often known as iBuyers, who are taking advantage of the surge in investor demand to fund purchases of houses. They are still a small part of the overall market, but as the mortgage meltdown of 2007-2010 showed in the extreme, the mix of housing, easy money, and new forms of financing can be combustible.

“We could very quickly be talking about more than $100bn in debt,” said Tomasz Piskorski, a professor of real estate finance at Columbia Business School, speaking of the companies as a group. “What happens to the iBuyers when home prices drop? You could imagine a situation where they have a big inventory of homes, and they aren’t able to repay their debt.”

We could very quickly be talking about more than $100bn in debt. What happens to the iBuyers when home prices drop? You could imagine a situation where they have a big inventory of homes, and they aren’t able to repay their debt

Zillow’s websites and apps get billions of page views a quarter, fuelling a high-margin business in charging real estate agents a fee to connect with house-hunters. But Barton, who founded Expedia Group before launching Zillow in 2004, decided the company risked falling behind new entrants into the real estate business if it didn’t get into the buying-and-selling game, too.

IBuyers such as Zillow and its competitors say they are trying to solve a timing problem for their customers, particularly buyers who are trading up from an existing property. Until they sell their old house, it can be tricky or stressful to pay up for the new one. Or if they sell their current property more quickly than expected, they could find themselves in a rush to find a new place to live.

In 2014 a start-up called Opendoor introduced a potential solution. It invited homeowners to request an offer on their house, then used algorithms to come up with a price. If the owner accepted, Opendoor purchased the property, made light repairs, and put it back on the market. Sellers generally accepted a small discount compared with what they would have got on the open market. In return, they could schedule the closing to line up with their purchase of a new property. Zillow joined the iBuying fray in 2018. In some markets, its web and app users are even given the option to “sell to Zillow for your Zestimate”, the company’s marquee instant estimate of a home’s price.

The iBuyer model depends on software that predicts short-term changes in local home prices, since it usually takes three to six months to flip a home. It also requires a network of home renovation contractors and debt facilities for funding home purchases. All of those are complicated in their own right. Still, the four largest iBuyers acquired about 15,000 homes in the second quarter of 2021, accounting for 1% of all purchases nationwide.

Now those volumes are set to explode. Zillow expects to acquire homes at a pace of 5,000 a month by 2024. Another competitor, Offerpad Solutions could eventually buy 70,000 homes a year, based on its view of the future opportunity. Opendoor, still the largest iBuyer, has said its playbook calls for the company to capture 4% of all home sales in 100 markets. Together the three companies could soon be buying close to $100bn worth of homes a year, requiring more than $20bn in revolving credit facilities.

In the early days, iBuyers funded purchases with credit facilities that charged about 7% interest on committed capital, similar to what a traditional home flipper might have paid. As lenders got more comfortable, the rates came down. Zillow now carries separate $500m facilities with Credit Suisse, Goldman Sachs Group, and Citigroup, all with rates below 3%. Going to the bond market is a way to reach an even larger pool of capital beyond the banks. “It’s kind of a fuel for the ship,” Barton said on a recent call with investors.

Of course, Wall Street has long played a major role in the US real estate market. The huge mortgage-backed securities market is the key source of financing for loans and the backbone of many fixed-income portfolios. But the iBuyers are offering investors a new kind of short-duration exposure to US housing that is not directly tied to consumer credit.

And while Americans are used to financial players having a big role in mortgage debt, the ownership of single-family housing has long been a mom and pop affair. That is changing. Private equity firms and asset managers have been buying houses to convert to rentals. And now iBuyers backed by Wall Street cash and vast troves of data is becoming a noticeable and sometimes controversial presence in some hot real estate markets.

“We’d never intentionally underpay or overpay for a home,” he wrote. Zillow said that it pays market value for every home it buys, and that the prices it pays and sells for are shown on its site. It said it expects to earn thin margins by providing a convenience to sellers.

To date, most of Zillow’s purchases have been median-priced homes in Sun Belt metros, where its price-estimating algorithms operate with the highest confidence. Zillow pledged 1,416 homes as collateral in its initial bond deal, according to documents seen by Bloomberg News, half of which were already under contract to the next buyer. When those sales close, the homes will fall out of the bond, and Zillow will have to replace them with other real estate. At the end of a two-year term, the company has the option of paying down the loan, or the more likely option of refinancing into a new facility. The houses pledged in its initial bond deal have an average price of about $320,000. But as much as 20% of the collateral could eventually consist of homes that cost $950,000 or more, the loan documents show.

The main risk for Zillow is that it overpays for houses. If the market slows, the company could take a loss on the homes, or struggle to sell them as quickly as anticipated. The societywide lockdowns at the beginning of the pandemic were an early test. As the housing market froze in the spring of 2020, the iBuyers scrambled to reduce exposure for a time. But things quickly gave way to a suburban buying boom that boosted their businesses.

A true shock to home prices could be a different story, says Karan Kaul, a researcher at the Urban Institute’s Housing Finance Policy Center. “The last five or so years have been the best time to be in the housing market in a very long time,” he says. “The iBuyers haven’t been exposed to an adverse economic cycle. It’s too early to tell what their long-term future looks like.”

Danish toymaker benefits from having production close to its key markets, cutting logistical issues and costs
Companies
9 months ago

Q&A: David Gibbons: Now is the time to buy a house

Q&A: David Gibbons: Now is the time to buy a house