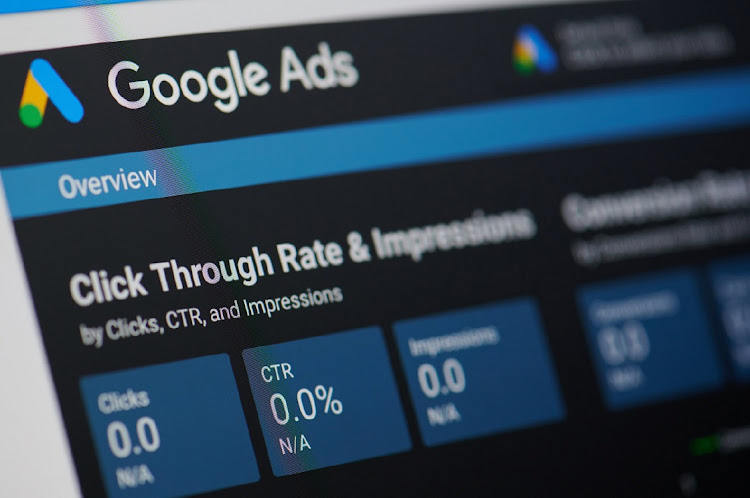 The Google Ads menu is shown on a device screen. Picture: 123RF/DIMARIK16

Google’s planned advert-tracking changes are the target of a complaint from advertisers and publishers urging the EU to rein in how the search giant adjusts its web browser.

Movement for an Open Web, which made a complaint that fuelled an earlier UK probe, wants its evidence to bolster the European Commission’s broad investigation into Google’s advertising technology.

It argues that Google’s move to restrict tracking by phasing out third-party cookies — part of a wider privacy push — will curb members’ ability to gather information on web users, which helps them offer more valuable advertising.

Google, a unit of Alphabet, has faced antitrust trouble in Europe for more than a decade. Its lawyers are fighting a record $5bn EU fine at a five-day court hearing. The EU earlier this year said it would investigate the privacy changes and how Google may favour its own online display advertising technologies over rivals.

The new complaint, filed with the EU last week, calls on officials to order Google to inform authorities of future browser changes. This would go beyond a potential settlement that Google has offered UK authorities to end their probe into the company’s so-called privacy sandbox.

“Google is placing itself in the position to decide what data can be shared on the web and with whom,” the group said in an emailed statement. “Such power can only be wielded by regulators and threatens the open web.”

Representatives for Mountain View, California-based Google didn’t immediately respond to a request for comment. The company previously said it was seeking to develop “new proposals to underpin a healthy, ad-supported web without third-party cookies”.

“Creating a more private web, while also enabling the publishers and advertisers who support the free and open internet, requires the industry to make major changes to the way digital advertising works,” Google said.

Regulators are increasingly scrutinising the black-box of online advertising where Google automatically calculates and offers advert space and prices to advertisers and publishers as a user clicks on a web page.

The biggest issues for Facebook revolve around regulation, legislation and litigation
Companies
8 months ago

Google on the offensive after 207-billion won fine

Google on the offensive after 207-billion won fine